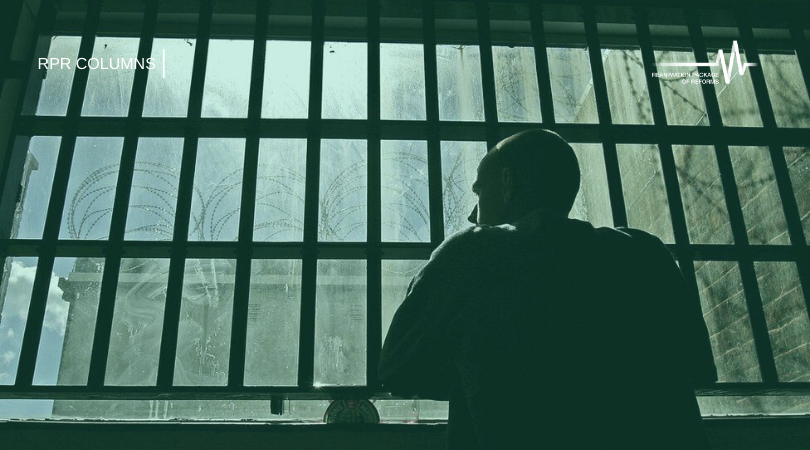 Decommunization in Ukraine should not end solely with the renaming of cities, streets, and tearing down monuments to Soviet leaders – this process must also cover the legislation.

More than 80% of the sentences under this article are being sustained for a refusal to clean the cell, be on duty, or do the site landscape work at the prison area. This is obviously not enough for true crime. However, since 2010, some 900 sentences under Article 391 have been recorded.

Among the post-Soviet countries, disobedience of prisoners is punished by imprisonment only in Ukraine and Belarus. Even Russia – that is far from the standard of respect for human rights – canceled the equivalent Article 391 in its Penal Code.  However, in Ukraine, disobedience to a police officer’s legal claim does not provide for deprivation of liberty (Article 185 of the Code of Administrative Offenses).

Article 391 has become an instrument of prison administration for blackmailing and extorting money from the families of prisoners, as well as for forcing prisoners into slave labor. In the Ukrainian context, this article has become one of the largest corruption schemes in the penitentiary system. Each of our 35,000 convicts in our country is at constant risk of getting a few more years in prison for every “small change.” And given the possibility of criminal prosecution for an unlimited number of times, some inmates may remain in prison for the rest of their lives.

Representatives of the State Criminal Enforcement Service and loyal employees of the Ministry of Justice say that repealing Article 391 will deprive prison administrations of the tools to influence aggressive prisoners and maintain discipline in prisons. Allegedly, without this article, mass riots and the spread of thievery traditions on the initiative of “criminal lords” will begin in penitentiary institutions.

First, the activities of these “criminal lords” in prisons are possible only with the assistance of corrupt prison management. Second, the Penal Enforcement Code provides prison administrations with extensive tools to support discipline in prisons, and the disorganization of correctional facilities is punishable under Article 392 of the Criminal Code rather than Article 391. Third, after the cancellation of Article 391 riots are possible except at the behest of the prison authorities themselves.

Certainly, the discipline of prisoners must be ensured. Refusal to clean the premises or other similar requirements is a violation of discipline, which should be punished only by disciplinary action.

Not only the Ukrainian human rights organizations but also the Committee on the Prevention of Torture of the Council of Europe are demanding the repeal of Article 391 of the Criminal Code. This is stated in paragraph 46 of the organization’s 2017 report.

To equate disciplinary misconduct with a crime is unacceptable for Ukraine as a European country. This practice causes irreparable reputational damage to Ukraine in the eyes of the civilized world and is a barrier to European integration.