Reanimation package of reforms > News > Analytics > Self-Help Nation: Ukrainians Disappointed in Reforms, but Ready to Support Each Other and Their Communities 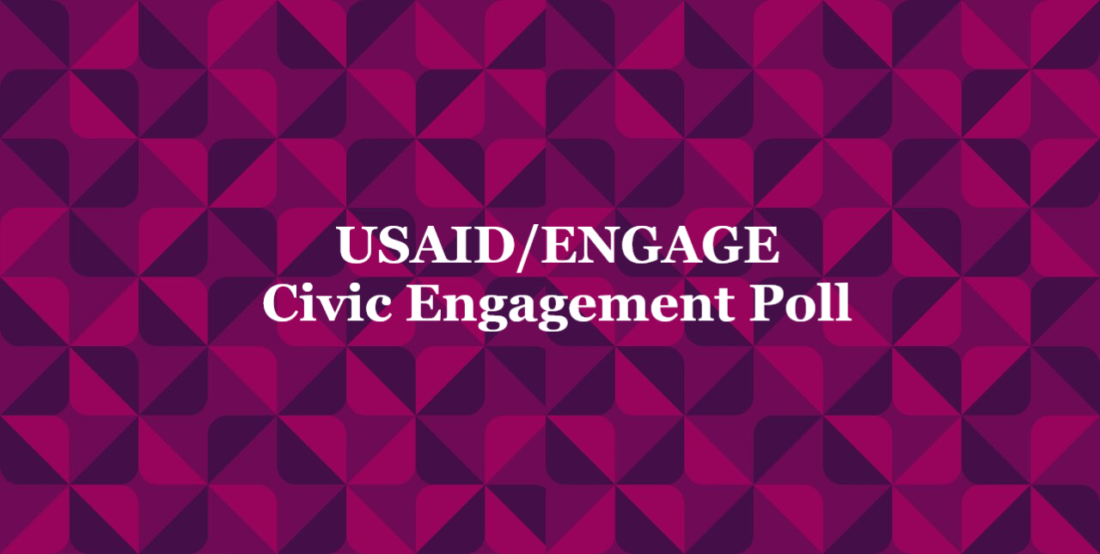 Self-Help Nation: Ukrainians Disappointed in Reforms, but Ready to Support Each Other and Their Communities

The findings of the recent wave of the USAID/ENGAGE Civic Engagement Poll reveal that despite the uncertainty about reforms and actions of the authorities, Ukrainians are well aware of and ready to engage in civic life within their communities.

One in three Ukrainians (32.5%) says that they regularly or rarely attend meetings in their communities. As in previous polls, a smaller share of citizens says that they are engaged in the activities of civil society organizations (18.6%).

Seven out of ten Ukrainians (70.8%) are aware of the participation in a peaceful assembly for a specific cause, 70.0% are aware of the option of reporting on a damaged road or other infrastructural issue to local administration, and 66.4% of the creation of a housing, street or block committee or participation in the work of such a committee. Citizens are least aware of types of activism that require some expertise, such as participation in a formal advisory body to the local/national government (41.2%) and engagement in commenting on draft laws (on national or local levels) (41.2%).

Ukrainians were most interested in reporting infrastructural issues, either in-person or by phone (23.7%). Additionally, they showed interest in reporting infrastructural issues online (20.4%), participation in a peaceful assembly for a specific cause (18.4%), and creation of a housing, street or block committee or participation in the work of such a committee (18.4%).

With respect to various forms of democratic participation, respondents were most engaged in the work of community committees (8.4%), public hearings (6.7%), peaceful assemblies (6.2%), reporting on infrastructural issues (5.7%), and initiation/signing of electronic petitions to the city mayor, district, regional council, the President, etc. (4.7%).

Almost half of the respondents (45.1%) claim that the lack of time and motivation prevents them from more active engagement in civil initiatives. One in three (32.9%) does not believe that their participation can make a difference and influence the situation, and 17.6% of respondents are sure that the state should take care of solutions to problems.

Ukrainians Are Likely to Donate to Transparent CSOs with Resonating Values

Every fifth Ukrainian (20.9%) made donations to charitable or civil society organizations during the past 12 months. Roughly one of ten Ukrainian (8.9%) used the right for tax discount for donations they made.

Among the reasons that motivate citizens to contribute to a civil society organization, respondents named clear goals and results of a civil initiative (37.6%), transparent management of funding (30.4%) and reference from people they trust (30.1%).

Every third (31.8%) among those who participated in at least one initiative and stated that it was a positive experience that brought desired results.

While Ukrainians generally believe that that rich people (62.7%) or businesses (51.1%) should mostly finance civil initiatives, one fifth (19.9%) thinks that citizens should be involved too.

Ukrainians identify poverty (46.9%), access to healthcare (37.3%), and unemployment (33.4%) as three most important issues for them and their families.

Ukrainians do not Consider Government Effective in Countering Corruption, Voice Readiness to Step in

Majority of Ukrainians (83.9%) say that the government of Ukraine is rather ineffective or not effective at all in fighting corruption. Only 5.0% voiced an opposite opinion.

When it comes to their attitude towards corruption, about half of Ukrainians (45.2%) do not justify giving bribes, unofficial services for solving a problem. Despite low actual engagement, every third Ukrainian (34.8%) voices readiness to report cases of corruption that become known to them. At the same time, 32.1% are ready to join collective protests against national level officials and politicians who are involved in corruption.  In general, Ukrainians do not tolerate corruption among officials. Thus, the overwhelming majority of Ukrainians (84.4%) agrees that corrupt officials should be removed from office.

Majority of respondents gave correct answers to basic knowledge questions, such as fundamental rights, structure of power and budgeting procedures. However, they lacked knowledge on local governance and taxation rate. Almost two thirds (55.6%) of citizens think they would need permission to have authorization from the local authorities to hold a peaceful assembly or a demonstration, while 20.2% did not answer at all.

The Civic Engagement Poll is conducted under the framework of the Enhance Non-Governmental Actors and Grassroots Engagement activity (USAID/ENGAGE), implemented by Pact. This report summarizes key takeaways from the poll, drawing from survey data collected in the summer 2020.

The survey gauges citizen awareness and engagement in civil society activities and citizens’ participation in and perception of reform processes in Ukraine. During the most recent survey, respondents were also asked questions that measure their level of civic literacy and readiness to financially support charitable or civil society organizations.

The data collection for the USAID/ENGAGE Civic Engagement Poll was conducted by the research agency Info Sapiens, during July-August 2020. Field interviews were conducted with Ukrainian residents aged 18 years and older, face-to-face, in the respondents’ homes. The survey sampled 2,097 respondents and was designed in accordance with the distribution of the adult population of Ukraine by age, sex, oblast and settlement type (excluding Crimea and non-governmental controlled regions of the Donetsk and Luhansk Oblasts). The margin of error of the sample is 2.2% (excluding the design effect).