Reanimation package of reforms > News > Events > Selection for the Civil Service Should Take Place on a Competitive Basis Only, Politicians and Experts Says 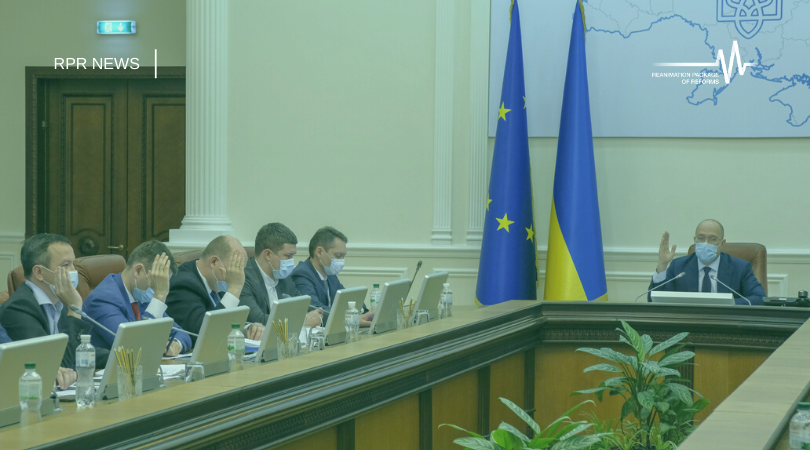 Selection for the Civil Service Should Take Place on a Competitive Basis Only, Politicians and Experts Says

What are the main problems of the civil service in Ukraine? Why has the practice of out-of-competition appointments returned? What should be the fair salary of civil servants? These and other issues were discussed by participants of the online event “Regional Discussion of Reforms: Public Administration Reform“, organized by the Reanimation Reform Package Coalition on June 25.

Public administration reform should create an effective executive branch that will shape the country’s sustainable development policy, not just respond to current problems. Ihor Koliushko, Chairman of the Board of the Centre for Political and Legal Reforms and co-author of the draft of the sectoral brief “Public Administration Reform” began his speech with this.

“But Ukraine still has a post-Soviet approach to government activities, which does not analyze policy, but tries to solve short-term problems,” Koliushko says.

The Public Administration Reform Strategy for 2016–2020 aimed to carry out a series of reforms regarding the capacity of ministries to formulate and analyze policies, and directorates were introduced under some of them. In 2019, the Government decided to create directorates in each of the ministries, but so far this provision has not been implemented, the expert explains.

He called the draft law’s adoption on administrative procedure another important issue that has not been resolved yet. After approval by the relevant parliamentary committee, this bill is awaiting a vote in the Verkhovna Rada.

Koliushko called the amendments to the law “On Civil Service” approved by the Parliament in 2019 as “catastrophic”.

“Article #87-1 allows for the dismissal of category “A” civil servants for political reasons,” the Chairman of the CPPR board explains.

Recommendations for the Government on priority actions for 2020-2021, set out in the sectoral brief:

All initiatives in the Verkhovna Rada to reform the civil service are partial, but they will not make any sense, said Roman Lozynsky, first deputy chairman of the Verkhovna Rada Committee on State Building, Local Governance, Regional and Urban Development.

“Now the executive power is not in the hands of the Government and is not under the Parliament’s control,” the MP said, adding that the executive branch is informally coordinated by the President’s Office.

The current government does not have its own vision of public administration reform, according to Roman Lozynsky’s colleague on the parliamentary committee Alyona Shkrum.

“There is no understanding of which civil service we want to build. And the coordination council on public administration reform has not met since January,” the MP cites an example.

She calls for the resumption of competitive selection for the civil service, which was suspended during quarantine measures connected with the COVID-19 pandemic. Shkrum also pointed to the procedure for appointing acting ministers, which is “contrary to common sense and the constitution.”

“If the Parliament does not support the candidate, then he is appointed as acting minister. It is necessary to limit the powers of acting ministers and dismiss them if a new candidate for the post of minister is not submitted to the Verkhovna Rada within a month,” the MP summed up.

The next meeting of the coordination council on public administration reform is scheduled for July 6, response to Shkrum remarks Tetyana Kovtun, Deputy State Secretary of the Cabinet of Ministers of Ukraine.

According to her, the Government will propose to change Article #87-1 of the Law “On Civil Service” and return the selection to the civil service on a competitive basis only. And the draft law “On the Cabinet of Ministers of Ukraine and central executive bodies” proposes changes in the approach to the formation of the Government’s program of activities (it should be formed simultaneously with the new Cabinet) and the creation of public policy areas for which the Government is responsible.

The critical aspects of the new draft law on civil service are the return of a competitive approach to appointments, changes in the system of remuneration of civil servants, new approaches to the evaluation of their work, as well as innovations in the candidate and personnel reserve. Volodymyr Kupriy, the First Deputy Head of the National Agency of Ukraine for Civil Service Affairs, spoke about this.

Changing the system of remuneration of civil servants is the most challenging component of the reform.

“The payroll system must be transparent and clear. And now different ministries have different salaries,” Kupriy explains, adding that the fixed component of the salary should prevail while maintaining the motivational (bonus).

Non-competitive appointments during quarantine are the only way to continue the restart of the civil service in these conditions, says Oleh Nemchynov, Minister of the Cabinet of Ministers of Ukraine.

He also expressed his negative attitude to Articles #87-1 of the Law “On Civil Service” in its current form.

“Article 87-1 of the article was aimed at restarting customs, but as a result, under this article began to dismiss civil servants of category” A “in other departments,” – Nemchinov says.

Civil service reform has failed due to a lack of a policy analysis process. It is a problem at the level of worldview, not laws, Roman Kobets, an expert on state policy development of the Better Regulation Delivery Office, said.

“All public policy is focused on staff recruiting. Nobody cares what information these staff will use when making decisions,” Kobets concludes.

The low quality of public administration is reflected in the reforms introduced by the Cabinet, says Alyona Bereza, an expert at the Women’s Anti-Corruption Movement (Khmelnytsky).

She cited the example of urban planning reform and the liquidation of the State Architectural and Construction Inspectorate (DABI): “Corruption in the DABI is not a reason to liquidate this body without simply transferring its powers. As a result, many houses in Khmelnytsky are being built without any documents at all.”

“A quality policy developing requires extensive communication with the public through public consultations. They also increase people’s trust in central executive bodies and their actions. But many civil servants do not understand this,” the expert concludes.

Read also: “Regional Discussion of Reforms: On the Road to Vilnius” on the topic of  juducial reform organized by the RPR Coalition on June 19.