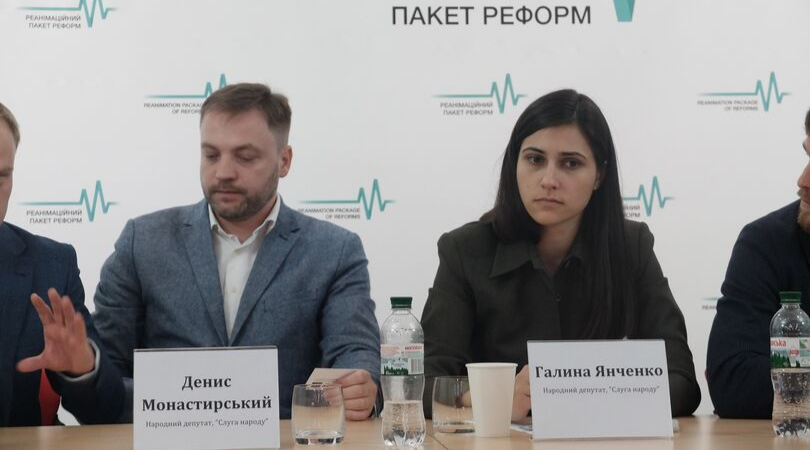 The Specialized Anti-Corruption Prosecutor’s Office has not only personal but also institutional problems, which are addressed by a new draft law developed by public experts together with stakeholders. Expert of the Reanimation Package of Reforms Coalition and Statewatch Volodymyr Petrakovskyi told this during an expert discussion “Tips on Enhancing SAP’s Institutional Capacity” on September 24. After developing the concept of the Specialized Anti-Corruption Prosecutor’s Office reform, we have shown it to the SAP, NABU and other key stakeholders. Then we started drafting a law that would take into account the proposals of all stakeholders, says Petrakovskyi.

Even the best institutional structures can be abused, said MP from the Servant of the People Halyna Yanchenko: “For example, the National Agency on Corruption Prevention was designed as a collegial body without a single supervisor, but through clashes of interests – collegiality at the NACP has been led to the absurdity, such as voting for responses to public inquiries.” Another example is the NABU Public Control Council. During the first 4 years, the online voting tool for PCC candidates actually worked, but on the 5th year, a community of “popular bloggers” ran a campaign, after which 14 of the 15 PCC members were selected from one organization.

The current legislative status of the SAP is a compromise which the authorities were ready for at the time, says lawyer of the Anti-Corruption Action Centre Olena Shcherban: “Virtually every article of the SAP law was discussed. However, the requirements for the head of this prosecutor’s office did not narrow down the number of persons who were eligible to apply for this position.” The Specialized Anti-Corruption Prosecutor’s Office needs to be strengthened, made more independent of the Prosecutor General’s Office, but without a change in the SAP leadership, the institutional changes will be fruitless. Management needs to be rebooted, including the introduction of new competitive procedures.

Currently, there are only 35 prosecutors in the SAP, who are heavily overburdened. During the trial, they are physically unable to respond to all the lawyers’ comments. We need to urgently increase the number of prosecutors and their institutional independence, summarized Shcherban.

We wanted to protect the heads of anti-corruption bodies from the negative influence, but because of abuse and inefficiency – it turned out to be extremely difficult to dismiss them through such protective mechanisms, says MP from the Servant of the People Denys Monastyrskyi. According to him, after the reform, the SAP should remain part of the Prosecutor General’s Office, rather than becoming a separate “island” of anti-corruption bodies.

In 2014, we made a small mistake – started reforming anti-corruption structures after reforming the judiciary. It is good that the representatives of the public sector are the initiators of the discussion on SAP reform, which gives hope for the absence of political influence, sums up Yurchyshyn.