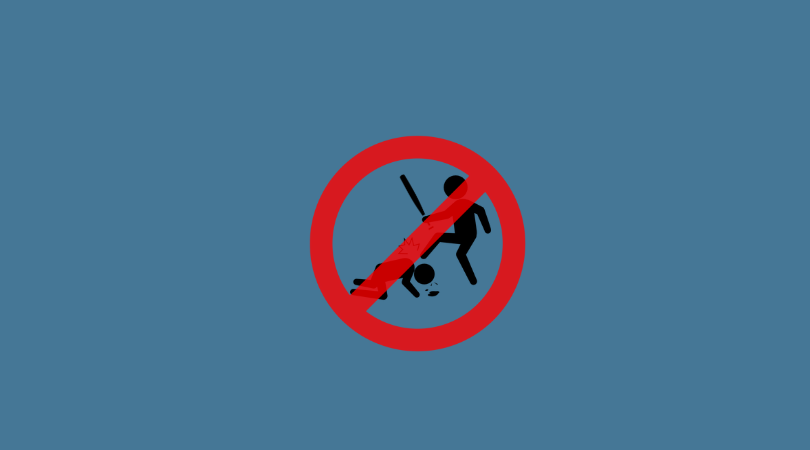 Kateryna Handziuk, a public activist and employee of the executive committee of Kherson City Council, died on November 4 in the burn center of the Kyiv City Clinical Hospital No. 2.

She died three months after a severe attack which took place on July 31, 2018, in Kherson – Kateryna was doused with a liter of sulfuric acid. As a result, the activist suffered burns of 40% of her body and was admitted to the ICU. Kateryna Handziuk stayed in the ICU for three months, had 15 surgeries, but doctors failed to save her life.

Brutal reprisal against Kateryna Handziuk is an act of intimidating civil society in Ukraine, active citizens and citizens who rebel against decades of rooted corruption and organized crime in cities, towns and villages.

The investigation into the attack on Kateryna Handziuk has repeatedly showed the apparent failure of the law enforcement system to effectively investigate this and a number of other attacks on public activists that took place in various regions of Ukraine after the Revolution of Dignity.

Despite the severe bodily injuries inflicted to Kateryna Handziuk as a result of the attack, which posed a real threat to her life, police initially classified an attack under Art. 296 of the Criminal Code of Ukraine (hooliganism). When the case became widely publicized, it was re-classified into “serious bodily harm for the purpose of intimidating”. Then the classification was changed again and defined as “attempted murder”. And it was another two months before, on September 25, 2018, at the request of lawyer Yevheniia Zakrevskaya, Kherson Regional Department of the National Police added a sign of contracting to the crime classification (under para. 11 of Part 2 of Art. 115 of the Criminal Code of Ukraine). But the sign of “contracting” is not recorded in the accusation of the contractors.

It is noteworthy that, in an attempt to put an end to the wave of social indignation and to quickly report on the solution of the high-profile crime, the police arrested Mykola Novikov, a casual person, as a suspect in an attempt to kill the activist. Investigative journalists managed to find out that Novikov, who the law enforcement agencies tried to pin this crime on, was innocent, which has undermined the already low credibility of law enforcement in this case. Meanwhile, the real perpetrators were at large, and but for the pressure on the law enforcement agencies they would not have been identified and detained at all.

Kateryna Handziuk, who criticized corruption in the Kherson Police, also doubted the ability of local law enforcement agencies to investigate the attack and called for the investigation to be forwarded to the Security Service of Ukraine.

On August 17 and 19, 2018, the National Police together with the Security Service of Ukraine detained five persons who were reasonably suspected of organizing and assaulting an activist. Among them there is also one person who appears as an organizer in the case as well as a person who was the contractor. These people are currently in custody, and another three suspects have been placed under house arrest.

The victim repeatedly reported procedural issues that result from the pre-trial investigation as to contractors and those who had ordered attack within two different proceedings by two different bodies: the National Police and the SSU. The victim filed a petition and insisted on consolidating two proceedings to be investigated by the SSU.

At the moment, the persons that had ordered Kateryna Handziuk’s murder have not been identified. And even the theoretical possibility of their identification and further prosecution is very doubtful due to procedural obstacles that are deliberately or negligently created by the General Prosecutor’s Office of Ukraine.

The investigation of this murder, including the identification of ordering parties, is a requirement for an effective investigation, as provided for in Article 2 of the European Convention on Human Rights.

Unfortunately, this and at least a hundred other attacks on public activists that occurred on the territory under the control of the Ukrainian government after EuroMaidan are not being investigated effectively. In addition, even in those isolated cases where attackers have been identified, the ordering parties have not been found, and therefore the wave of attacks on public activists is only growing and unpunished evil multiplies.

Coalition for the protection of civil society expresses its deep condolences to Kateryna Handziuk’s relatives and friends. It is an awful and indescribable loss for all of us – loss of a colleague who was honest, principled, courageous, desperate and devoted to the ideals of democratic Ukraine free from corruption.

We are outraged by the state of the investigation of the attacks on and murders of civic activists and demand the dismissal of the leadership of the Kherson Police, which from the very beginning sabotaged the investigation into the attack on Kateryna Handziuk, and also demand the resignation of the Prosecutor General of Ukraine Yurii Lutsenko and Interior Minister Arsen Avakov who sabotaged the reform of law enforcement agencies in Ukraine.

The statement is supported by: