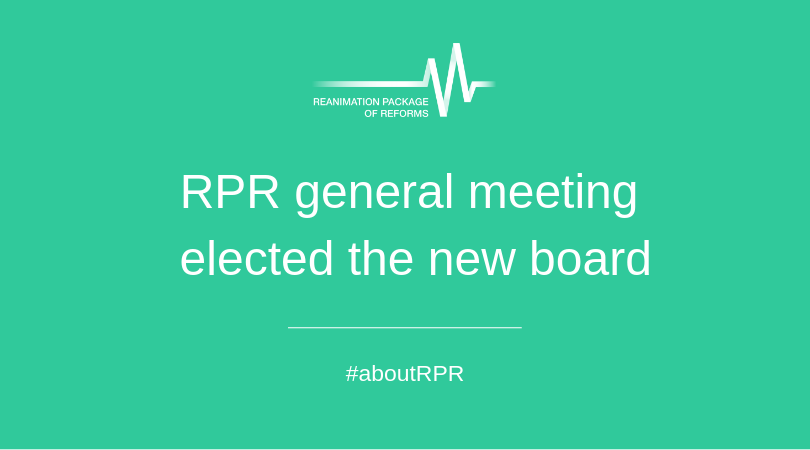 On July 9, the Public Union “Reanimation Package of Reforms Coalition” conducted the General Meeting  with the participation of representatives of 19 of the 25 coalition members. During the meeting, the members of the Assembly elected a new RPR Board of 9 persons by secret ballot:

The RPR Council has been selected for a period of one year.

Members of the RPR Coalition discussed the principles of interaction with the new government and prepared recommendations on the content of the coalition agreement in the upcoming parliament. The general meeting also discussed the preparation of a new strategy of the RPR Coalition, the draft Concept of Advocacy and Expert Activity and the Concept on associate membership in the RPR.