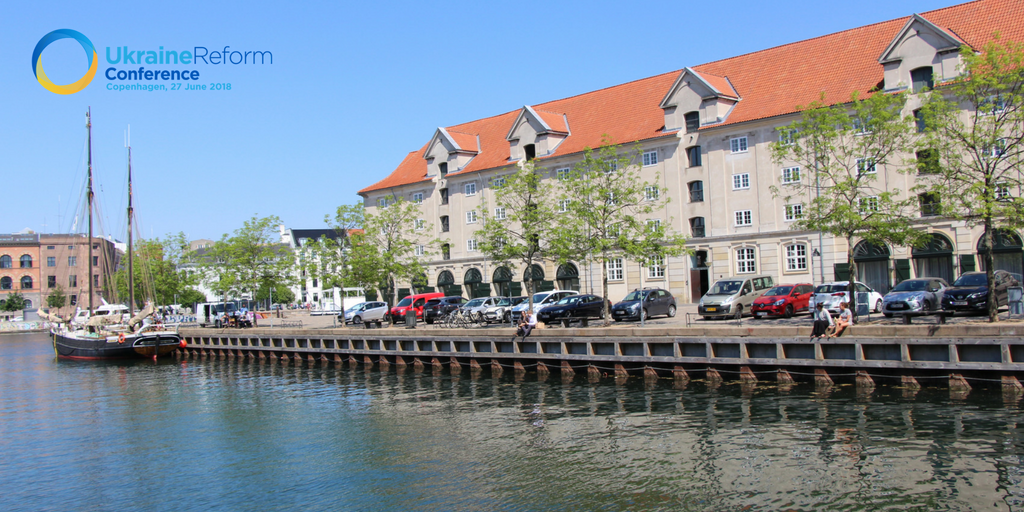 Representatives of the Reanimation Package of Reforms took part in the second Intergovernmental Ukraine Reform Conference, which took place on June 27 in Copenhagen (Denmark) and brought together top-ranking officials from thirty-six countries of the world, including G7, EU and NATO member States, as well as representatives of international organizations, civil society and the media. During the plenary session, international partners of Ukraine repeatedly noted the significant achievements of Ukrainian reforms and emphasized the need for more decisive changes. Danish Prime Minister Lars Rasmussen stressed that despite remarkable progress, a number of reforms were not moving in the right direction. High Representative of the EU for Foreign Affairs and Security Policy, Federica Mogherini, noted that the European Union and Ukraine have never been as close as today. “Since 2014, the EU has invested more in Ukraine than in any other country in the world. We have offered the largest aid package in our history – over 13 billion EUR,” said the EU High Representative. She also added that Ukraine should continue the reforms and specifically called on the Ukrainian government to ensure that the High Anti-Corruption Court can consider all cases of top corrupt officials without any exceptions, including those already pending in first instance courts. Photo – Twitter of the Ambassador of the United Kingdom to Ukraine

UK Foreign Secretary Boris Johnson emphasized the indissoluble link between the two main challenges which Ukraine is facing: confronting Russian aggression and strengthening security and well-being. He pointed out that it was not worth trying to win the battle only to lose the struggle for the hearts and minds of the citizens later.

Minister of Foreign Affairs of Canada Chrystia Freeland, in turn, addressed the Ukrainian government: “You are in no way inferior to the Ukrainians living today in Canada. And you should not implement those reforms for us. Implement them for yourselves. So that you could live in a country that deserves you. We, in our turn, will support you,” she said.

Panel discussion on effective governance was attended by the co-chairman of the RPR Board and director of the Centre for Democracy and Rule of Law Taras Shevchenko, who, in particular, emphasized the need for systemic restructuring of the institutions and stressed that it is due governance only that can serve as the opposite to corruption. Hlib Vyshlinskyi, member of the RPR Board, became a participant in the second panel on economic development and growth. In his opinion, the five key steps to increase investor confidence in Ukraine are the restoration of the rule of law and the judicial system reform, launch of the independent Anti-Corruption Court, cessation of pressure on business by the law enforcement agencies and establishment of financial investigation service, transparent and prompt privatization of state-owned enterprises, as well as creation of a farmland market.

Within the framework of the Conference, the Reanimation Package of Reforms also held a discussion on the role of civil society in implementing reforms and presented the priorities of the public for the pre-election period to the international partners. Ihor Burakovskyi, chairman of the Board of the Institute for Economic Research and Policy Consulting, Yaroslav Yurchyshyn, executive director of Transparency International Ukraine, Mykhailo Zhernakov, member of the RDR Board and director of DEJURE Foundation, Olena Prokopenko, head of the RPR International Relations took part in the discussions. In his speech Yaroslav Yurchyshyn noted: “The success scenario of any reform in Ukraine is well-known: create new institutions under the new rules and bring new people in the golden partnership triangle – authorities-businesses-civil society – with the support of the international community. And it’s not about age, experience or other similar indicators. It is about new rules in terms of openness, accountability and efficiency. All the achievements in the field of combating corruption (establishment of NABU and ARMA, introduction of Prozorro system, etc.) have traveled this path.

Olena Prokopenko emphasized that one of the most fundamental achievements of the Revolution of Dignity was the emergence of a strong and influential civil society, which is today the key non-government driver of reforms in Ukraine. She noted that, in view of this, the main task of the pre-election year should be to maintain the Maidan momentum, create conditions for the effective operation of the public sector and implement the top-9 reform priorities that civil society experts identified and recently presented.

Mykhailo Zhernakov, in turn, noted: “People often joke that NGOs in Ukraine are a reform sled dog rather than a watchdog. Where the state institutions fail, an active part of society plays a key role, as the case was in 2014 at the beginning of Russian aggression. We must preserve and strengthen its role in reforms until the moment when state institutions get on the path of sustainable development.”

Ihor Burakovskyi summed up the achievements of Ukrainian reforms as follows: “In general, Ukraine has done a lot. Deregulation, tax administration in terms of VAT refunds, electronic procurement system, registers opening, streamlining of administrative services for citizens and entrepreneurs not only increased the efficiency of public administration, but also had a concrete anti-corruption effect. But reformation is a lengthy process. Now we must pass a kind of point of no return in the process of reforming the country. How do we do this? We have to protect what has been done and move on.”

The next, third intergovernmental Ukraine Reform Conference will take place in a year in Canada.