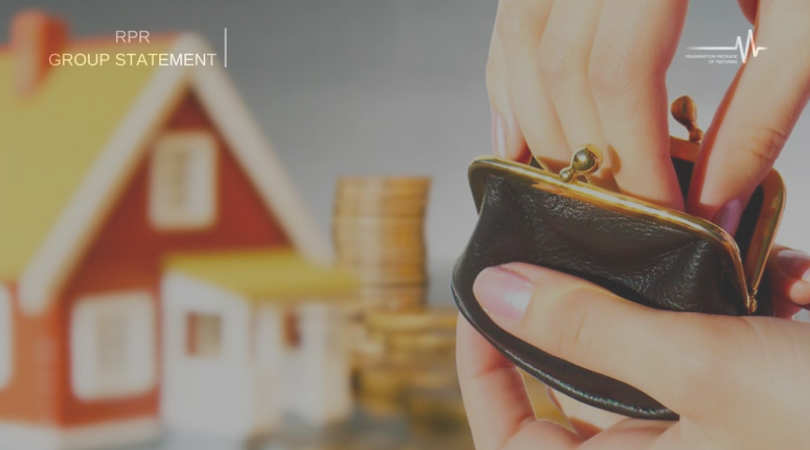 The Law of Ukraine “On Housing and Utility Services” provided for the introduction of direct payment of housing subsidies and benefits to the citizens as of January 1, 2019.

Every year, 50-70 billion UAH is spend from the state budget on subsidies for the population. After holding monetization of these funds and giving households the choice – to invest in energy-efficient measures or to pay for the consumed services – the Cabinet of Ministers of Ukraine will be able to provide more effective support to the vulnerable groups of the population.

RPR Experts from the Energy Sector Reform Team emphasize that the monetization of subsidies for housing and utility services should take place in compliance with the basic principles: 1) the subsidy is paid in cash; 2) the functions of the state are performed exclusively by its executive bodies; 3) social standards are applied when providing a housing subsidy.

However, to date, the Cabinet of Ministers has not adopted a resolution that would envisage the implementation of these basic principles. At the same time, the discussion has been translated into a dilemma of “giving cash to people directly or via bank cards.” At the same time, there are still other participants in the circle of participants in the social protection process in addition to the state and recipients of subsidies. The Government continues to entrust housing and utility services and housing cooperatives with the administration and performance of social protection functions. This is unacceptable and contrary to the laws that govern their activities.

Real monetization should relieve utility service providers and housing cooperatives from lending to the state in terms of its social obligations and from any activities in the field of social protection. A direct monetary subsidy – from the state to its recipient – will significantly simplify the management of the whole system of subsidies for housing and utility services.

RPR Experts from the Energy Sector Reform Team warn against the introduction of monetization as a short-term experiment which may be closed after the presidential election. Such actions discredit the reform and increase public distrust of the decisions of the authorities.

Instead, we call on the Cabinet of Ministers of Ukraine to adopt a resolution that will introduce a direct payment of cash subsidies for housing and utility services on a permanent long-term basis at its next meeting.