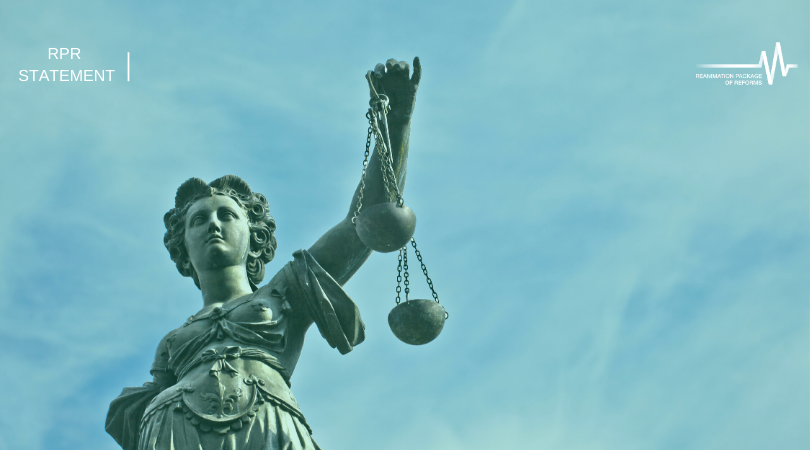 President Volodymyr Zelensky appointed a former judge Tetyana Razvalyaev as a member of the High Council of Justice on February 4th, 2020. Oksana Blazhivsk was delegated by him to this council last year.

Tatiana Razvalyayeva is known as a judge of the so-called Fifth Judicial Chamber in the Supreme Administrative Court. It created under the presidency of Viktor Yanukovych on his own initiative specifically to hear cases against the President, Parliament and the High Council of Justice. At that time, the practice of this House was aimed at protecting the authorities, not the person, securing the fugitive president immunity from any lawsuits and facilitating the creeping usurpation of power. She also made the decision, which, among other things, led to the loss of Ukraine in the European Court of Human Rights in the case of Oleksandr Volkov vs. Ukraine.

Oksana Blazhivska began her judicial career in 2010 when her father was Deputy Attorney General: firstly, Oleksandr Medvedko, and later Viktor Pshonka. She took part in the competition for the new Supreme Court but she had to leave it when she failed the exam. According to the Movement “Chesno: Filter the Court”, failure to declare property rights by her does not meet the criteria of integrity.

In both cases, the President had the opportunity to appoint to the key personnel body in the judicial system professionals with an unshamed reputation who could become agents of change within the limits of his quota of persons proposed by the selection board.

In the election program, then-presidential candidate Volodymyr Zelensky promised last year: “We will restore confidence and respect for the court.” Moreover, he expressed support for civil society initiatives on judicial reform. The community believed. However, the appointment of compromised judges to the High Council of Justice runs counter to these promises. All this comes against the backdrop of a further decline in public confidence in the courts certifying sociological polls.

Recall that President Volodymyr Zelensky set up a Legal Reform Commission in August 2019. In particular, it included five judges who did not meet the criteria of integrity in the opinion of the Public Council of Integrity.

The RPR Coalition urges the President not to follow his predecessors’ path, assigning key posts to convenient judges and instead of engaging public and international experts to take effective steps to reboot the judiciary which should be an impetus for the judicial system as a whole.