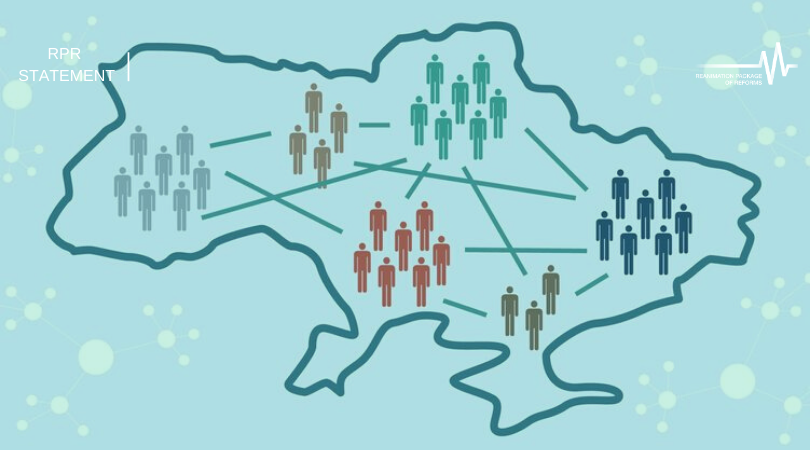 The RPR Coalition calls for the People’s Deputies of Ukraine to consider in and approve as a whole the Draft Law No. 2653 “On Amendments to the Law of Ukraine “On Local Self-Government in Ukraine” at the next plenary meeting in April.

Passing the bill will complete a key stage in the reform of decentralization of territorial government and local self-government in Ukraine, to create capable United Territorial Communities.

Immediate adoption of the bill is necessary for the next regular local elections in October this year to take place on a new administrative and territorial basis. Completion of the reform before the elections is essential, since the parallel existence of territorial communities with different powers and resources creates conditions for increasing asymmetry in development between different communities, complicates the relationship between different public authorities and leads to the return of the practice of the manual distribution of public funds.

As of January 2020, 1029 United Territorial Communities have been established in Ukraine, with more than 2/3 of the population of Ukraine living with cities of regional importance. However, there are still more than 6,000 rural, settlement and urban territorial communities that are incapable of exercising the powers that are now successfully embodied by UTCs and regional cities. This is unfair to residents of villages, towns and cities of such communities.

Passing the bill will pave the way for the transformation of these united communities into capable UTCs and create uniform rules for all territorial communities throughout Ukraine.

Bill No. 2653 “On Amendments to the Law of Ukraine “On Local Self-Government in Ukraine” was adopted on January 17, 2020, in the first reading. The relevant parliamentary committee on the organization of state power, local self-government, regional development and urban development recommended that it be approved as a whole.