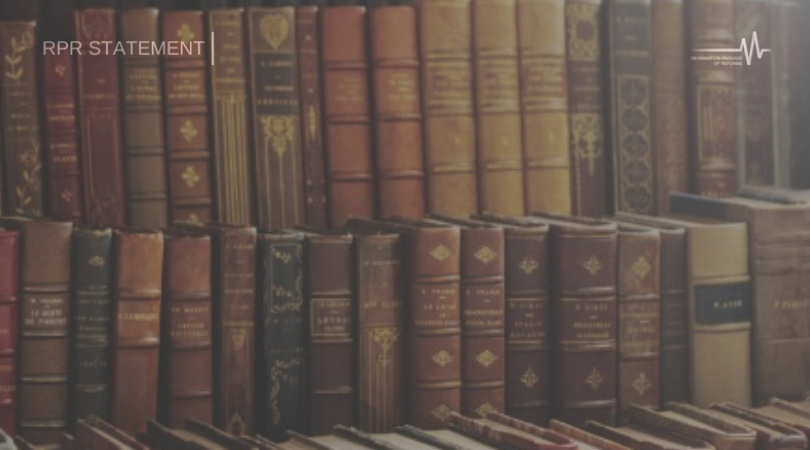 RPR CALLS THE MPS TO ADOPT THE LANGUAGE LAW

On February 28, the Verkhovna Rada of Ukraine began consideration of the draft law “On Ensuring Functioning of the Ukrainian Language as the Official Language” No. 5670-d​ in the second reading.

Despite the Revolution of Dignity and the war for independence, entire regions and areas of public life remain Russified. This violates the rights of citizens, threatens the national security and territorial integrity of the state.

The adoption of the draft law will ensure:

The law does not interfere in the sphere of private communication and religious ceremonies, nor does it restrict the rights of indigenous peoples and national minorities. At the same time, it allows getting services in other languages with the consent of the parties, provides opportunities for a wide use of the EU languages in various areas of public life.

The draft law was supported by: Ministry of Culture, Ministry of Education and Science, Ministry of Youth and Sport, Expert Group on Language Policy under the Cabinet of Ministers of Ukraine, academicians of the leading Ukrainian universities, NGOs and cultural figures.

The Ukrainian language is the key to preserving Ukrainian statehood, an element of our self-identification and a guarantee of the unity of the country.  The consolidation of all pro-Ukrainian forces around this draft law is one of the largest and most important tests of patriotism and state-building which have ever had to be taken by the Ukrainian parliament

The pro-Russian forces are the obvious enemies of the draft law, but the most dangerous ones are indifferent politicians and citizens. Under Russian aggression, the Ukrainian language is not only a way of communication, but also an important element of national security and defense. Ukrainian language is on the front burner. Adoption of the draft law No. 5670-d is on the front burner.

The Reanimation Package of Reforms Coalition calls on the Parliament to support the draft law No. 5670-d as a whole in the wording prepared by the Verkhovna Rada Committee on Culture and Spirituality for the second reading.