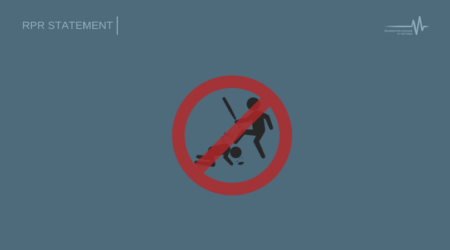 It is becoming increasingly dangerous to engage in public, journalistic and political activity in Ukraine, particularly in the regions. Late July and early August were marked by audacious and resonant assassinations and attacks on public and political figures.

On July 31, Vitalii Oleshko, a former ATO member with a call sign “Sarmat”, was shot dead in Berdiansk in the courtyard of his mini-hotel. He was one of the brightest activists in Berdiansk. In Kherson, on the morning of August 31, someone attacked and threw sulfuric acid into the face of Kateryna Handziuk, advisor to the mayor of Kherson, acting manager of the city executive committee and an activist. The next day in Odesa, an unknown man driving a truck rammed the car of public activists Hryhorii Kozma and Mykhailo Kuzakon and fled the crime scene.

On August 3, unknown persons blew up the car of the head of Batkivshchyna faction in Kamyanka city council in Dnipro region, public activist and volunteer Vitalii Cherniavskyi.

In addition to public and political figures, journalists are also under critical threat. According to the monthly monitoring Freedom of Speech Barometer, in July, the highest number of journalists was beaten up in Ukraine since the beginning of the year.

Attacks on representatives of the public in the regions had become more often back in April 2017, when two attacks on activists who defended the historic center against illegal construction were committed in Poltava. One of the victims, Oleksandr Koba, ATO veteran, volunteer, received 11 knife wounds. Molotov cocktail was thrown into a private house where the mother of another activist (who had previously received treats) lives.

In August 2017, two unknown persons attacked Chairman of the Board of the Kharkiv Anti-Corruption Center, member of the Kharkiv Regional Council Dmytro Bulakh and later Yevhen Lisichkin, an expert of this organization.

In the summer 2017 in Odesa, unknown persons attacked an activist of Green Leaf NGO Svitlana Pidpala, who protects the greenery in the city and opposes construction on the coastline. Moreover, local Automaidan coordinator Vitalii Ustymenko became a victim of a violent attack.

On the night of February 18, 2018, in Rivne, the door to the flat of the relatives of a public journalist and head of Anticorruption Monitoring NGO Yurii Diuh was set on fire. In several days, an unknown person attempted to set fire to the office of an NGO Agency of Journalistic Investigations “4th Power”. These NGOs are actively engaged in exposing crimes of local politicians and investigating the links between those in power and amber miners.

Ever since the pressure on the public activists across Ukraine intensified, Reanimation Package of Reforms repeatedly appealed to the state authorities and law enforcement agencies to give an assessment to these alarming events and prevent further aggravation of the state of affairs. However, no response followed. None of the respective cases have been brought to justice and the attackers have not been punished.

Impunity of abusers and inability of the law enforcement agencies to investigate the above said cases enable local corrupt political and business elites to intimidate and exert pressure on local activists and representatives of NGOs.

In view of the threatening tendency of physical attacks and pressure on civic activists, journalists and regional politicians that is rapidly gaining momentum, Reanimation Package of Reforms calls on President Petro Poroshenko as a guarantor of the observance of human and civil rights and freedoms to give an assessment to the latest high profile cases of attacks on public and political leaders in the regions. The coalition calls on the President to start an open dialogue with the civil society in order to develop effective mechanisms for the protection of activists, in particular to establish an advisory body under the President responsible for monitoring investigations of attacks on public activists and journalists.