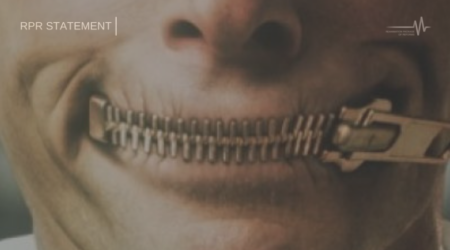 Another wave of attacks on public activists hit Ukraine. On September 22, Oleh Mykhailyk, a well-known regional activist and head of the Odessa branch of the Power of People party, was shot in Odessa. The bullet went through his arm and got stuck in the lungs between his ribs. He is in the hospital in a critical condition.

On the same day, after a series of threats, the head of Zaporizhzhia Democratic Alliance Serhii Lukin was attacked in Kushuhum near Zaporizhzhia. He has been diagnosed with brain concussion. Late July and early August were also marked by audacious and resonant assassinations and attacks on civil society activists and political figures. On July 31, an ATO veteran Vitalii Oleshko was shot dead in Berdiansk in the courtyard of his mini-hotel.

In Kherson, on the morning of August 31, an unknown individual attacked and threw sulfuric acid into the face of Kateryna Handziuk, advisor to the mayor of Kherson, acting manager of the city executive committee and an activist. The next day in Odessa, an unknown man driving a truck rammed the car of public activists Hryhorii Kozma and Mykhailo Kuzakon and fled the crime scene. On August 3, unknown persons blew up the car of the head of Batkivshchyna faction in Kamyanka city council in Dnipro region, public activist and volunteer Vitalii Cherniavskyi.

In April 2017, two activists who defended historic center of their city from illegal construction were attacked in Poltava. In August 2017, two unknown persons attacked Chairman of the Board of the Kharkiv Anti-Corruption Center and member of the Kharkiv Regional Council Dmytro Bulakh and later Yevhen Lisichkin, an expert of the said organization.

In the summer 2017 in Odesa, unknown persons attacked an activist of Green Leaf organization Svitlana Pidpala, who works to protect the greenery in her city and opposes construction on the coastline. A local coordinator of Automaidan NGO Vitalii Ustymenko became a victim of the attack. On the night of February 18 in Rivne, a door to the flat of the relatives of a public journalist and head of the Anticorruption Monitoring NGO Yurii Diuh was set on fire.

We believe these events are the consequence of the lack of response to the earlier outbreak of aggression against public activists. Civil society coalition Reanimation Package of Reforms has repeatedly called on the political leadership of Ukraine and law enforcement authorities to give an assessment to the recent attacks on public and political leaders and prevent further aggravation of the situation. Nevertheless, no investigation of any of the high-profile cases was completed, and the attackers have not been punished.

Transition from defamation of activists to their physical liquidation requires an immediate and decisive response from the state authorities. In the event of further inactivity of responsible bodies, the function of activists’ protection from violence may be assumed by other persons, which will further weaken the state in the face of the external aggressor.

Taking into account the growing threat of physical attacks and pressure on public activists, journalists and regional political figures, understanding the risks of further inaction of responsible authorities for the future of the state, admitting the lack of government response to civil society appeals and statements about the need for a decisive action to protect activists and journalists, Reanimation Package of Reforms supports the demands of the street action “A Night on Bankova Street” initiated under Presidential Administration by civil society leaders, human rights activists and lawyers.

In particular, Reanimation Package of Reforms call on: