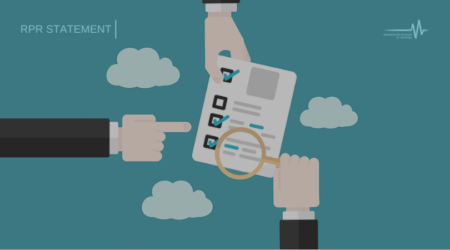 On September 20, 2018, after three years of ineffective attempts to renew the composition of the Central Election Commission (CEC) and to end the lasting political crisis around this issue, the Verkhovna Rada of Ukraine finally terminated the powers of 13 CEC members and reshuffled its composition.

This is an important step towards ensuring the legitimacy of the presidential and parliamentary elections of 2019, their compliance with the international standards and public recognition of their results. The appointment of the new CEC members will also ensure certainty in the work of the election administration authorities and will create preconditions for implementing crucially important internal reforms aimed at increasing CEC transparency and inclusivity.

At the same time, Reanimation Package of Reforms admits that the process of CEC reshuffle was accompanied by numerous problematic issues. In particular, 12 CEC members held their positions in the CEC for over 11 years instead of 7, as stipulated by the Law “On the Central Election Commission”, which is an inadmissible precedent. The process of nominating candidates to the CEC and their approval by the President of Ukraine and parliamentary factions and groups was non-transparent and heavily politicized. In the course of candidates’ nomination for the CEC, proposals from one of the opposition factions were not taken into account. None of its representatives was included in the list of CEC candidates, which contradicts the Venice Commission Code of Good Practice in Electoral Matters. According to the Code, election administration body should include representatives of all parties represented in the parliament.

The Law of Ukraine #2550-VIII dated September 18, 2018, which amended Article 6 of the Law “On the Central Election Commission” as relates to increasing the quantitative composition of the CEC, deserves critical assessment. Despite the fact that this decision unblocked the CEC reshuffle, it was adopted in violation of the constitutional principle of personal voting, as well as the Rules of Procedure of the Verkhovna Rada. In particular, short deadlines for reviewing this law prevented the registration of alternative drafts, its proper financial and economic substantiation, as well as thorough discussion by the parliament. Although international standards do not determine the number of members of higher election administration bodies, an increase in the CEC composition from 15 to 17 members was carried out without proper justification.

In view of these factors and in order to ensure unbiased and effective operation of the new Central Election Commission Reanimation Package of Reforms calls on:

The President of Ukraine:

The Verkhovna Rada of Ukraine: