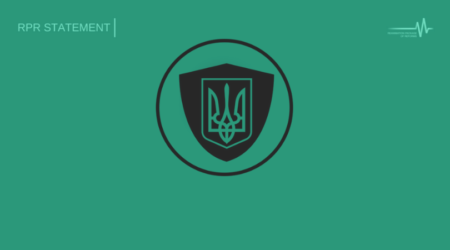 The Constitution of Ukraine obliges the state to ensure comprehensive development and functioning of the Ukrainian language in all spheres of public life throughout the territory of Ukraine (Art. 10), and the procedure for the use of languages in Ukraine is determined exclusively by law (Art. 92). After the Constitutional Court declared the Kivalov-Kolesnichenko’s anti-Ukrainian language law to be unconstitutional, the resulting legal vacuum needs to be addressed.

Draft Law No. 5670-e aims to protect the rights of those who want to speak Ukrainian and receive information and services in Ukrainian. The law does not interfere with the usual language practices of the majority of the population. Instead, it provides broad possibilities to choose the language of communication for citizens and eliminates obstacles to the transition to the Ukrainian language. The draft law does not apply to the language of private communication and religious ceremonies.

Nation-wide polls testify to the support of the main provisions of the draft law by the society. According to a KIIS survey dated May 2017, 61% of respondents stated that the primary task of the state language policy is to promote the use of the Ukrainian language in all spheres of life. Remarkably, successful introduction of quotas for Ukrainian songs on the radio, definition of the Ukrainian language as the language of the education process in Ukraine did not result in splitting the society. Furthermore, it received comprehensive nation-wide support.

Draft Law 5670 was developed by a working group of lawyers, public activists and experts of the Coordinating Council on the use of the Ukrainian language in all spheres of public life of Ukraine under the Ministry of Culture of Ukraine.

In view of the above, Reanimation Package of Reforms calls on the Ukrainian MPs to unite forces around Draft Law No. 5670-d and approve it as a basis. At the same time, when preparing the draft law for the second reading, it is important to take into account expert proposals that will contribute to the improvement of the act and will promote public consensus around this issue, which is of high importance for the state unity and national security of Ukraine.