Reanimation package of reforms > News > Events > Reintegration is an Integral Part of All Reforms: Politicians and Experts on Ways to Return Crimea and Donbas 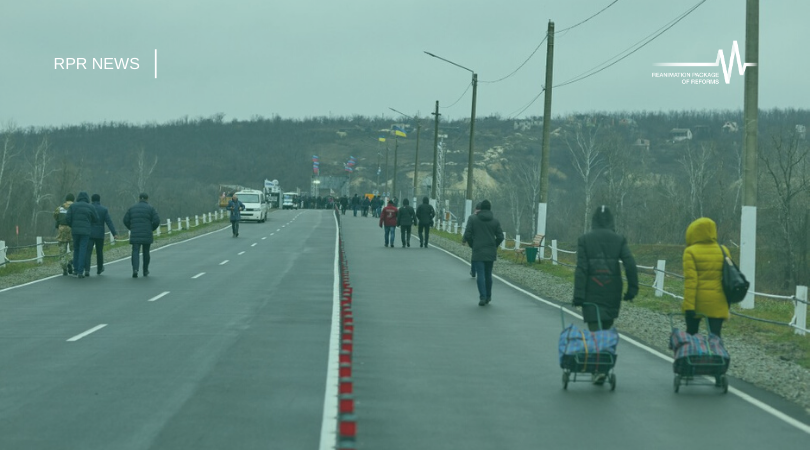 Reintegration is an Integral Part of All Reforms: Politicians and Experts on Ways to Return Crimea and Donbas

What will be an effective strategy for the return of Crimea and Donbas? How should Ukraine help political prisoners in the occupied territories? Why is it important to develop a concept of transitional justice? This was stated by participants of the online event “Regional Discussion of Reforms: Human Rights and Reintegration of the Occupied Territories“, organized by the Reanimation Package of Reforms Coalition on June 5.

At the beginning of the term of the Verkhovna Rada of the IX convocation, the Parliamentary Committee on Human Rights, National Minorities and Interethnic Relations was expanded to include de-occupation and reintegration of the temporarily occupied territories. The President’s position on reintegration also strengthened: he expanded the tasks of the Representation of the President of Ukraine in the Autonomous Republic of Crimea, including the development of strategic policy documents on de-occupation and reintegration of Crimea and the development of proposals for the concept of transitional justice. This was stated by the co-author of the draft analytical brief “Human Rights and Reintegration of the Occupied Territories“, the advocacy manager of the ZMINA Center for Human Rights Alyona Lunova during the presentation of the document.

Work on the Reintegration Strategy has already resumed. Some government agencies have already developed some aspects of this Strategy, so it is necessary to consolidate all developments into a single document. The Permanent Representative of the President of Ukraine to the Autonomous Republic of Crimea Anton Korynevych drew attention to this.

“The reintegration strategy should include a public part so that citizens can see the state’s steps towards de-occupation. And there should also be a closed part, which will contain security issues,” says Korynevych.

He called the critical role of public organizations in the issue of reintegration and de-occupation.

“The role of the public sector has been transformed from a leader into a full-fledged partner of state bodies,” the President’s representative in Crimea said.

It is necessary to create a single database of crimes in the Crimea and Donbas. After all, this is the only way to prove the guilt of specific people legally, emphasizes Nelly Yakovleva, Deputy Chairman of the Committee on Human Rights, Deoccupation and Reintegration of Temporarily Occupied Territories in Donetsk, Luhansk Regions and Autonomous Republic of Crimea, National Minorities and Interethnic Relations.

She named several urgent problems in the occupied territories: disappearances, illegal detentions, violations of the right to learn the Ukrainian language, and so on.

Transitional justice, the concept of which has already begun to be developed, should include aspects of punishment, compensation and restoration of the truth about the events in Crimea and Donbas. This opinion was expressed by the co-author of the analytical brief, executive director of the Ukrainian Helsinki Human Rights Union Oleksandr Pavlichenko.

“The strategy of de-occupation must correlate with the development of the concept of transitional justice,” Pavlichenko said.

94 Ukrainians are being held in the occupied territories on fabricated cases, according to Tetyana Pechonchyk, co-author of the analytical brief and chairman of the board of the ZMINA Human Rights Center. Human rights organizations regularly update the list of these political prisoners.

She stressed the need to pass a draft law on state support for political prisoners, military and civilian hostages.

“Developed in 2019 by the public and state bodies, the draft law defines the categories of persons who are illegally detained, as well as the types of state aid for them and the procedure for its provision,” explains Pechonchyk.

The issue of reintegration is multifunctional, as it concerns many areas, says the reviewer of the analytical brief, the head of the Program for Support of Democratic Processes of the Ukrainian Independent Center for Political Studies Yulia Tyshchenko.

“The element of reintegration must be an integral part of all social reforms,” she said.

Nelly Yakovleva’s colleague on the parliamentary committee Rustem Umerov drew attention to Russia’s use of the strategy of population replacement in Crimea.

“Ukraine is heading for the EU and NATO, but people in the occupied territories are heading to 1933,” he added.

Olha Skrypnyk, the co-author of the analytical brief and chairman of the Crimean Human Rights Group’s board, points out that the draft program of the Ministry of Reintegration’s activities “drops” the issue of Crimea in some points.

“However, this can be called an example of how the ministry submits drafts of its documents for public discussion,” Skrypnyk said.

Humanitarian organizations, not the state, mostly solve the problems of people in the frontline territories of Donbas. The MP of Ukraine of VIII convocation, the member of a network of protection of national interests “ANTS” Natalia Veselova spoke about it.

And at checkpoints in the Donbas, civilian deaths often occur.

“Medical care is not provided at the checkpoints, and ambulances do not even go to some points. For example, in Bakhmut, only three ambulances for the whole city,” the expert cites an example.

She stressed the need to increase funding for the state program “Affordable Housing”, as most people return to the occupied territories due to the inability to resolve housing issues.

“The program is funded by about UAH 100 million a year, but how many apartments on the secondary market can be purchased with these funds? And this year, this program was “cut”, – Veselova speaks.

She suggested increasing the number of regional offices of the Ministry of Reintegration, as there is no office of this ministry in the frontline Luhansk region.

Almost 2/3 of the residents of the controlled districts of Luhansk and Donetsk regions claim restrictions on their rights. 55% of them say that it is a violation of socio-economic rights, according to a study by a political analyst at the Foundation for Democratic Initiatives. Ilka Kucheriva Maria Zolkina.

And a significant increase in utility tariffs or job losses due to the closure of enterprises, most residents of the controlled areas of Donbas called the triggers of their protest behavior.

According to Zolkina, residents of frontline territories have problems obtaining documents.

“Most of the registers remained in the occupied cities. And a person from the controlled territories is sometimes forced to go through the same procedure as internally displaced persons,” explains the analyst.

An important break in the social dynamics in the Donbas is observed from late 2019 to early 2020: various groups of the population began to perceive peace in the category of “How it will affect my well-being.”

“Over the past year, the population of Donbas has stopped feeling the situation. They hope that Volodymyr Zelensky’s initiatives can break the deadlock on the peace process,” said Maria Zolkina.

But sentiments about compromises with Russia for peace in Luhansk and Donetsk oblasts differ: in the Luhansk region, people are more inclined to compromise.

She also suggested adding compensation for the use of private land for military purposes to the compensation mechanism for a war-damaged property.

Read also: “Regional Discussion of Reforms: On the Road to Vilnius” on the topic of parliamentary reform organized by the RPR Coalition on May 28.

“Regional Discussion of Reforms” is organized by the RPR Coalition in partnership with the Embassy of the Republic of Lithuania.