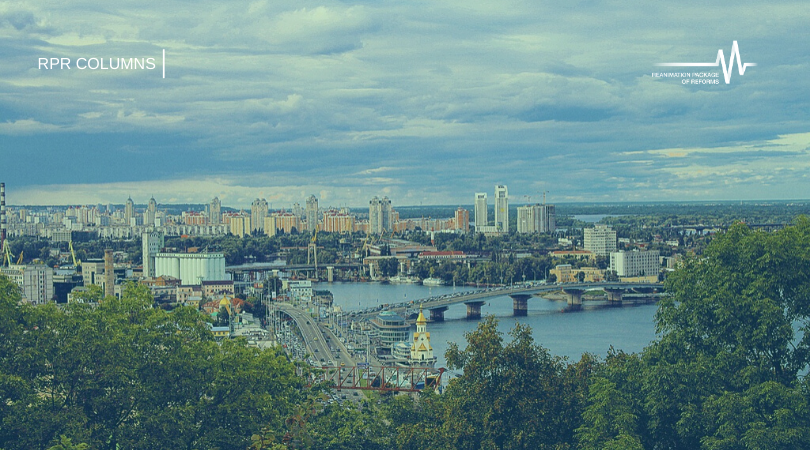 Reforms in Ukraine are Increasingly Stagnant

Читайте нас також у Telegram
On 1 July, Yakiv Smoliy, the highly respected head of the National Bank of Ukraine, whose leadership has been praised as key to the country maintaining financial stability and investor confidence, resigned from his position. He cited pressure from certain politicians and business interests aimed at altering what has been the institution’s responsible approach as the reason. This move was received by observers as another sign — among many in recent months — that President Volodymyr Zelenskyy is wavering in his commitment to expanding upon the reform accomplishments of the Poroshenko Administration and the Arseniy Yatseniuk and Volodymyr Hroysman governments in the first five years of the post-Maidan era.

On the eve of the Smolii resignation, the Transatlantic Task Force on Ukraine – a project led by the German Marshall Fund (GMF), the U.S.-Ukraine Foundation’s Friends of Ukraine Network Democracy and Civil Society Task Force and the Reanimation Package of Reforms Coalition – held a webinar titled “Ukraine’s Reform Stagnation: The Path Forward in a Time of Crisis.” The discussion was devoted to examining backsliding on reforms that are needed to facilitate rule of law, democratic governance, and economic growth, including fostering a good investment climate and accelerating integration with the West.

In fact, during the webinar, former chair of the Ukrainian Rada’s Foreign Affairs Committee Hanna Hopko offered the following advice to Mr. Zelenskyy and his team.

Speaking about the overall situation Jonathan Katz, Senior Fellow with GMF’s Frontlines of Democracy Initiative said that there are deep concerns about Ukraine’s reform trajectory

“going in the way that we all hoped that it would a year into the Zelenskyy’s Office. Concerns about who is overseeing key bodies within Ukraine, including those who have been brought in based on a… [March 4th reshuffling of the] government, taking out key reformers and replacing them with those that may not have the same credentials. Even concerns today about whether or not Ukraine will implement its obligations under its new IMF agreement.”

Implementation of adopted reform legislation is crucial, he said,

The economic point of view on reforms

Oleksandra Betliy, the former Chief Economist at the Ministry of Finance, provided the audience with an expert assessment of what has been achieved and what is needed to spur economic growth, particularly as Ukraine deals with the coronavirus pandemic.

She said that over the last five years Ukraine has made good progress in reaching macroeconomic stability with good structural reforms and with a moderate pace of growth and limited inflation. The coronavirus crisis is causing a decline in GDP that will be more severe if there is a second wave of infections. But the uncertainty of a possible new surge in cases is coupled with a “big uncertainty” regarding the government pursuing reformist economic policies, said Ms. Betliy, and added:

Prior to the COVID-19 crisis when Ukraine was experiencing modest GDP growth a World Bank study estimated that it would still take 50 years for Ukraine to reach the income levels of today’s Poland. “Therefore,” stressed Ms. Betliy, “reforms are crucial and for this Ukraine really has to become a reliable partner” and fulfill its commitments to the IMF, European Union, and others to maintain prudent fiscal and monetary policies and strengthen anti-corruption, anti-monopoly, transparent procurement, and rule-of-law efforts and institutions.

he cited the National Bank of Ukraine as an example of such an institution, which has allowed Ukraine to enter and navigate the coronavirus crisis with a strong financial and banking sector, stable currency and low inflation, despite calls by some politicians to “print money.”

Ms. Betliy said for reforms to succeed it’s very important for the government to take ownership of them.

“We really need the government to understand that these reforms are the path forward to a prosperous Ukraine and we have to continue these reforms not because the IMF has told us to do this or the European Union or other partners, but because they benefit Ukrainians.”

Non-adherence to reform commitments is not the only problem threatening Western support and Ukraine’s financial stability and business climate. The issue of judicial fairness is also causing alarm.

Political persecutions as an obstacle for Ukraine’s development

Orest Deychakiwsky, a former Senior Policy Advisor with the Helsinki Commission, warned that the cases and investigations against former President Petro Poroshenko, Maidan activists, dismissed reformist officials and others are “starting to be reminiscent of the kind of selective justice we saw in the Yanukovych era.” He went on to note that politically-motivated prosecutions and selective justice do not serve Ukraine’s interests, but divide society, they harm democracy and they hurt Ukraine’s national security and this plays into Moscow’s hands.

“And it doesn’t engender confidence, as we know, in Ukraine’s partners, certainly not in the United States government [and] Congress, which have been staunch supporters of Ukraine for decades, nor from other international partners or the international business community, or for that matter, the Ukrainian diaspora, which just in the last week or two has been issuing numerous statements… So, there’s a lot of growing concern and… I hope Ukraine’s authorities really re-think what they are doing in this respect and instead concentrate on real reforms and real change.”

“Instead of concentrating on real reforms, focusing on key priorities for Ukraine, Zelenskyy and the General Prosecutor’s office are fully engaged in politically motivated” prosecutions, including politicians and activists associated with the Maidan,” she said.

Highlighting the need for reforming the police and the courts she said the “judiciary remains one of the most corrupt and least trusted public institutions in Ukraine” and “without the rule of law it’s hard to bring investment to Ukraine and also to create” jobs and solve social problems.

The danger of post-Maidan revisionism

Pat Cox, a former President of the European Parliament, was part of the webinar audience. On 1 July, he and former Polish President Aleksander Kwasniewski who monitored convictions of Ukrainian politicians in the Yanukovych era issued a joint statement expressing concerns about worrying prosecution and reform trends in Ukraine:

“Politics everywhere is contested but through elections and, in parliament, through debate. These are the arenas, not the courts, where political opponents clash…. Ultimately, if this course of action prevails, Ukraine’s democracy and rule of law will be the first victims. These both are core elements in the common values that underpin Ukraine’s EU and NATO aspirations. Ukraine’s anti-corruption agencies need to be reinforced not undermined. Selective justice through politically inspired prosecutions must be a thing of the past not a tool of the future… Ukraine’s European destiny will not be served by a revisionist step backward.”

Mr. Cox asked Hopko about why this post-Maidan revisionism is happening. Some observers cite Zelenskyy’s animosity toward Poroshenko. Ms. Hopko blamed the negative trend regarding reforms in Ukraine on the lack of governing experience by Zelenskyy and his closest circle, the draw of populism in a country with huge income disparities and a relatively small middle class, Russia’s historic domination over Ukraine, and the influence of oligarchs and the influential media they own:

“We also have to remember that every day Ukrainians are watching [oligarch-controlled] pro-Kremlin Russian, almost Russian TV channels which are saying that NATO is bad, that for Ukraine it is better to be neutral. Second, let’s not take money from the IMF because this is really very painful for future generations. Instead of explaining the long-term benefits of reforms, they argue that it’s better to ‘print money’ or go into default and they broadcast a lot of fake, anti-American, anti-reform news,” she said.

Ms. Hopko would like to see sanctions imposed on oligarchs who use their TV channels to undermine the reform process in Ukraine and also expressed disappointment that President Zelenskyy is not seeking a stronger partnership with reformist parties in the Rada.

The discussion also touched upon what Betliy called one of the most successful reforms — decentralization — which is demonstrating results and creating new cadres for national leadership.

“I think that the best reform which basically happened during the last five years… is decentralization because we really have big successes in those areas where we have smart people in local governments.”

This shows that electing qualified people can really make a difference, she explained.

Ms. Betliy also encouraged the U.S. and the EU to continue investing in developing human capital in Ukraine through supporting civil society, as well as through education of the younger generation about how the economy works so that they will understand that there are no simple solutions and that reforms require time to bear fruit. Armed with this knowledge they will not be as susceptible to populist promises as to the older generation.

Additionally, she would like to see businesses in Ukraine focus on lobbying publicly for judicial, anti-corruption, and rule-of-law reforms – things that will strengthen the investment climate and protect property rights – rather than just tax breaks.

The webinar on reform stagnation in Ukraine also featured a perspective from Brussels offered by Bruno Lete of GMF who said:

“Ukraine definitely remains a high priority on the European agenda, despite so much domestic attention being hijacked by the corona crisis. But I do think that Ukraine will continue to be a priority for the EU. The Union has engaged itself so much in the past years, I think it’s simply difficult to walk away like that from Kyiv. Just to mention, since 2014, the EU and European financial institutions have mobilized support for almost 15 billion euro in grants and loans to support Ukraine reforms so that is, indeed, quite substantial and also makes Europe Ukraine’s largest international partner for that… A lot of money is involved and the reforms in Ukraine are, therefore, being closely watched in Brussels.”

Although there is optimism, there is “a lot of talk about several outstanding reforms that still need to be reinforced so that Ukraine, but primarily the Ukrainian people, can fully benefit from the EU-Ukraine Association Agreement or the Deep and Comprehensive Free Trade Area,” said Mr. Lete, and. therefore the EU is monitoring anti-corruption efforts, the justice sector, and the rule of law.

“But another point that is often being mentioned here is that Ukraine could still do better when it comes to improving the business and investment climate. As long as domestic and international investors are not feeling confident to enter the Ukrainian market it will be very hard to boost the creation of jobs in Ukraine,” he stated. Also, intensified EU support for small and medium-size business development in Ukraine could provide a needed counterweight or alternative to the oligarchs, who “really don’t see the benefits of integrating their businesses in line with EU values.”

Returning to the question of U.S. support for Ukraine, Orest Deychakiwsky underscored that besides providing strong political and diplomatic backing, increases in military and non-military assistance and additional sanctions against oligarchs, being supportive also means “telling the Ukrainian government some unpleasant truths and talking about things that could get in the way of stronger relations.”

In concluding remarks, Hopko thanked the U.S. and European Union for their support, suggested that Western leaders engage with Zelenskyy more directly and more frequently, proposed that Brussels offer Ukraine an EU membership perspective as a means of mobilizing Ukraine’s elite and society, and called on the West to be more “geopolitically ambitious” towards Ukraine.

Co-moderating the webinar from Kyiv was Denys Davydenko of the Reanimation Package of Reforms Coalition.

Video of the webinar.