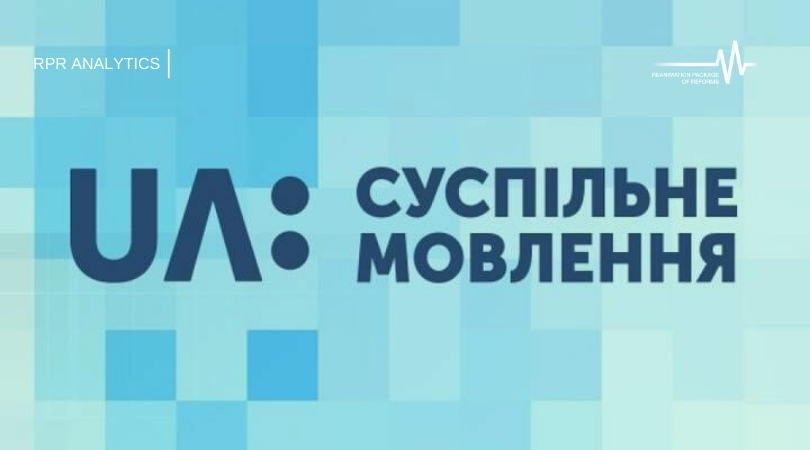 1. Public service media are considered to be one of the key elements of democracy. Furthermore, a study published by the European Broadcasting Union shows that countries with robust public service broadcasting tend to rank higher in the democracy index while the situation is reverse in countries where public service media is weak. Whether managed by public organizations or private companies, public service media differ from commercial broadcasters by their specific competence as they function independently of those with political or economic power. Therefore, the main purpose of public broadcasting is to create a subject that will provide the population with quality and impartial content (news in the first place) as well as rival the sphere of commercial media.

According to the law, the main purpose of the UA:PBC’s operation is to meet the information and cultural needs of society, get the general public involved in discussions and find solutions to the most important social and political issues. Furthermore, the main tasks set before the public broadcaster comprise providing objective, complete, timely and impartial information about socially significant events in Ukraine and abroad, providing the citizens of Ukraine with popular information products unavailable on the commercial market, and being instrumental in meeting the information needs as far as possible. The traditional formula [2] that reflects the public goals of public service broadcasters – “inform, entertain, teach” – does not need the additional proof either.

This concept envisages that the UA:PBC is usually universal with regard to content and access which guarantees editorial independence and impartiality and provides a quality benchmark. The broadcaster offers a variety of programs and services that meet the needs of different population groups and are publicly accountable. And the above principles are applicable regardless of the contemporary challenges that will face the public broadcaster. In particular, the ominous rise of dangerous populism, disinformation and information war, loss of trust in the media as an institution forming an integral part of a democratic society, which is, to no small degree, the result of the media’s excessive and harmful focus on producing entertainment content. Therefore, the informative and educative functions appear to be the most significant and worth the pubic broadcaster’s attention today. It should also be noted that the quality of the news on commercial TV typically leaves much to be desired. Therefore, creating quality information products (namely, news) can be considered to be one of the key tasks of the UA:PBC. What is more, in order to improve the development of the information component of broadcasting, it is important that the UA:PBC make this direction one of its priorities.

2. It should be noted that, given its specific character and mostly non-commercial activities, the UA:PBC cannot be expected to top the ratings that measure the audience sizes of a TV channel for evening news on TV (e.g. the evening news rating measured by ACNielsen for the Television Industry Committee). However, in the context of news formats, it should be kept in mind that the public broadcaster should enjoy a high level of trust providing impartial, balanced, and complete information, but this advantage is offset due to the lack of a proper rating. At the same time, the aforementioned point is one of the key points for working on the news formats. The 2018 Reuters Institute Digital News Report states that “Public broadcasters and their websites tend to have the highest trust scores in our survey, at least in countries where their independence is not in doubt. In these cases, overall trust in the news also tends to be higher.” Moreover, the commentary of the Council of Europe Commissioner for Human Rights stresses that ensuring that the public has access to impartial and accurate information through public broadcasters which enjoy their trust is one of the main ways to combat disinformation.

3. In a study by the researchers from the University of Amsterdam and the University of Vienna, the authors conclude that viewers’ interest in the news is more dependent on external contexts than on the individuals’ intrinsic motivation which implies that news audiences may increase or decrease on a situational basis. A good example of this is the viewers’ heightened interest in the news during the election period. It is important that the broadcaster take this factor into account when preparing news products. Furthermore, the authors believe that more interested audience get their news from television whereas less interested audience from online platforms. Sociological surveys on the sources of political news show that 73% of the respondents receive information from television (news, programs) and 50% from social media (the respondents were allowed to choose multiple options). Among the social media platforms used by the respondents were Facebook and YouTube with the Telegram messenger being on fourth position.

Besides, a USAID-Internews survey “Attitude of the population to the media and consumption of different types of media in 2019” shows that the largest part of the audience (68%) use social media, with television coming second (66%) and the news websites being used by 59% of the respondents. Therefore, UA:PBC’s information broadcasting department that creates news products, in addition to the traditional platforms (radio and TV), is also active on Twitter, Facebook, and Instagram. It also conducts negotiations with the donors with regard to improving the Suspilne.news content exchange system and building a separate “umbrella” website platform for the news from all branches: local news in each city and general news on national level.

Furthermore, the Suspilne.media platform has been launched to cover not only national but also regional news. The news feed has undergone changes too as UA:PBC began using unified visual component of the news: specifically, the same visual style, logo and brand ID for all its news products. It follows that despite the work done the information broadcasting department of UA:PBC is underfunded which limits further development of this department and, consequently, the development of the public broadcaster’s news products. In view of the foregoing, the Independent Media Council calls on the UA:PBC to continue improving the visual component of TV news, online news text formats and the sub-channel strategy with regard to the news while further promoting the public service broadcaster as the source enjoying the highest levels of trust both on television and online.

4. The Law on Public television and radio broadcasting of Ukraine states that the state should provide adequate funding for the UA:PBC that constitutes at least 0.2 percent of the expenditures of the total fund of the state budget of Ukraine for the previous year (article 14). The Law of Ukraine on the state budget for 2020 provides for 1 billion 711 million 516 hryvnias for UA:PBC of the 2 billion 11 million 516 hryvnias defined by the law under the item “Financial support of the National Public Broadcasting Company of Ukraine”. In spite of the UA:PBC receiving 85% of said amount, it should be noted that in the previous years the broadcaster received insufficient funding falling short by 39-50%. While the public broadcaster may receive sufficient funding this year to finance its needs, the logical question arises of how it will use the funds to improve its own products.

Given that UA:PBC creates its products adhering to the standards of balance, impartiality and reliability, an increase in the capacity of the public broadcaster as the main source of news for Ukrainians will make much sense and potentially have the greatest impact. Furthermore, it is not only about the news ratings on television and radio but also about the further development of digital platforms which will provide the users with convenient ways of obtaining information.

In view of the above, the Independent Media Council believes that in the case of sufficient funds for the public broadcaster for 2020, it is desirable that the UA:PBC management should pay particular attention to enhancing the news capacity of the broadcasting company in terms of utilizing the funds necessary to achieve its goals.

[1] (ed.) Objectivity in the interpretation is regarded as the non-imposition of its subjective position by a broadcasting organization.

Author: Center for Democracy and Rule of Law