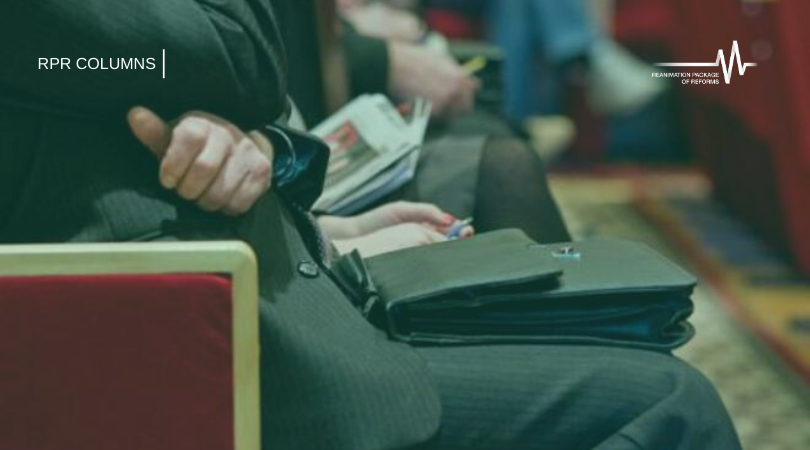 Rebooting the Civil Service: A Breakthrough or Revenge?

Almost every new Ukrainian government starts its activity with the “rebooting” of power. As a rule, every new government begins by making loud statements about its reform intentions, while stigmatizing incompetent “predecessors.” And it ended, as usual, with traditional populism and “rebooting” government officials on key positions.

One of the last, the 2010-2011 civil service reform of Mykola Azarov, has ended in nothing. The law on public service, approved thereat, never came into force. And what were the intentions: “The purpose of the reform of the government is to introduce technologically new, perfect state management, to encourage the development of civil servants’ skills. Figuratively speaking, it is impossible that the one who controls a modern aircraft can only ride a cart!

The reform of the Yatsenyuk and Hroisman governments ended with a poor “reboot” of the state government, to which the author of the article was involved, and to some extent, the current Prime Minister Olexiy Honcharuk.

Let’s analyze why the reform of public administration and public service failed by the previous government, and what the chances of success of the current one.

“Reforms are underway either quickly or never.” Taught by past failures of reforms, the new government has decided that there is no time for long reform preparations. After all, complex and systemic reforms can be carried out only on conditions of:

The second factor is the most volatile and dangerous for any reform.

The fall in the political rating is driving the scale of populism, which is ultimately killing real reforms.

The results of various studies and international rankings show that the previous government reform has failed rather than succeeded.

According to the SIGMA study on the state of affairs in public administration in 2018, the average of the indicators was 2.6 out of 5 possible points.

By the end of 2018, the Government had completed 56% of the objectives of the Public Administration Reform Strategy that had to be fulfilled at that time, and only 25% had timely and fully completed the two-year decision by the Government.

According to the World Economic Forum’s 2015 Global Competitiveness Index, Ukraine ranks 130th among 144 countries in the Institutional Performance category. In 2017, Ukraine slightly improved this figure, but in 2018 – again 130th place …

There is no example in modern history where, under inefficient government, the country would flourish. None.

For example, Russia holds the 100th in the same rating and has a much more powerful economy (Russia’s GDP in 2018 amounted to nearly 1.4 trillion dollars against our 90 billion).

Conclusion – we have no chance to defeat Russia in any sphere on our own without external help.

Therefore, the first and foremost task of the current government is to build effective state institutions. This is a key condition for the survival of the Ukrainian state in today’s world.

If the current “elite” is not only capable of ensuring the development but also the survival of the state (and so far it has been), then give it under external control (EU, USA, Canada, Japan…). By the way, Russia only wants and would agree to take it.

Consequently, the “turbo mode” and the “reboot” were deliberately chosen by the new president and his team to endorse important reform laws as soon as possible. Also, to hold in parallel all the principled positions of the civil service aimed at reform, and not “tarnished” in past governments. Preferably, professionals.

But, for the new government, it is better to be a virtuous motivated change non-professional than an unreliable and “tarnished professional.”

And concerning the “professionalism” of previous government officials, to put it mildly, the question is: if you are so professional, why is Ukraine trailing back in Europe in terms of key social and economic indicators and all or almost all of your reforms over the past 2 decades have been failed?

For the sake of a quick “reboot” last September, the notorious law No. 1066 “On Power Reboot” was approved.

This law gave the new government the right to arbitrarily dismiss heads of state bodies without the risk of judicial appeal by the dismissed and simplified the procedure for competing for civil service “A” posts.

It was these decisions of the new government that aroused both international experts and national ones. It violates established and proven international principles and norms of public administration.

Europeans are increasingly prone to the evolutionary changes that are taking place in line with approved government plans and strategies. And it’s not a big deal that all past governments have been more involved in profane reform – but they have been clear to our European partners. Unlike the current government, which initially does something and then tries to explain its actions.

And this is a mistake of the current government – its actions and intentions must be explained not only to the people but also to the partners.

So far, the PR of its actions towards public administration reform by the current government has failed. And Europeans have threatened (or warned) to stop funding the reform if government actions are not only predictable but also professional, that is, they are in line with SIGMA principles.

The only major legislative achievement of the previous government in the implementation of the reform of the state administration and the civil service was the new law “On Civil Service,” which is 2016 launched the reform and several by-laws to it.

Other legislative reform principles – “On Service in Local Self-Government Bodies,” “On Administrative Procedure,” “On the Cabinet of Ministers of Ukraine,” and the new CMU Regulation – have not been approved yet.

The incumbent authorities need not only to approve these acts but also to stop the “bacchanalia of changes” in the current law “On Civil Service” and to correct it in the light of the irrelevance found.

At the same time, it is important not to change its basic principles:

So what were the major mistakes of the previous authorities that led to the relative failure of the reform, and which ones should be avoided?

In my opinion, there are three of them:

The criteria for the success of public administration reforms will ultimately be :