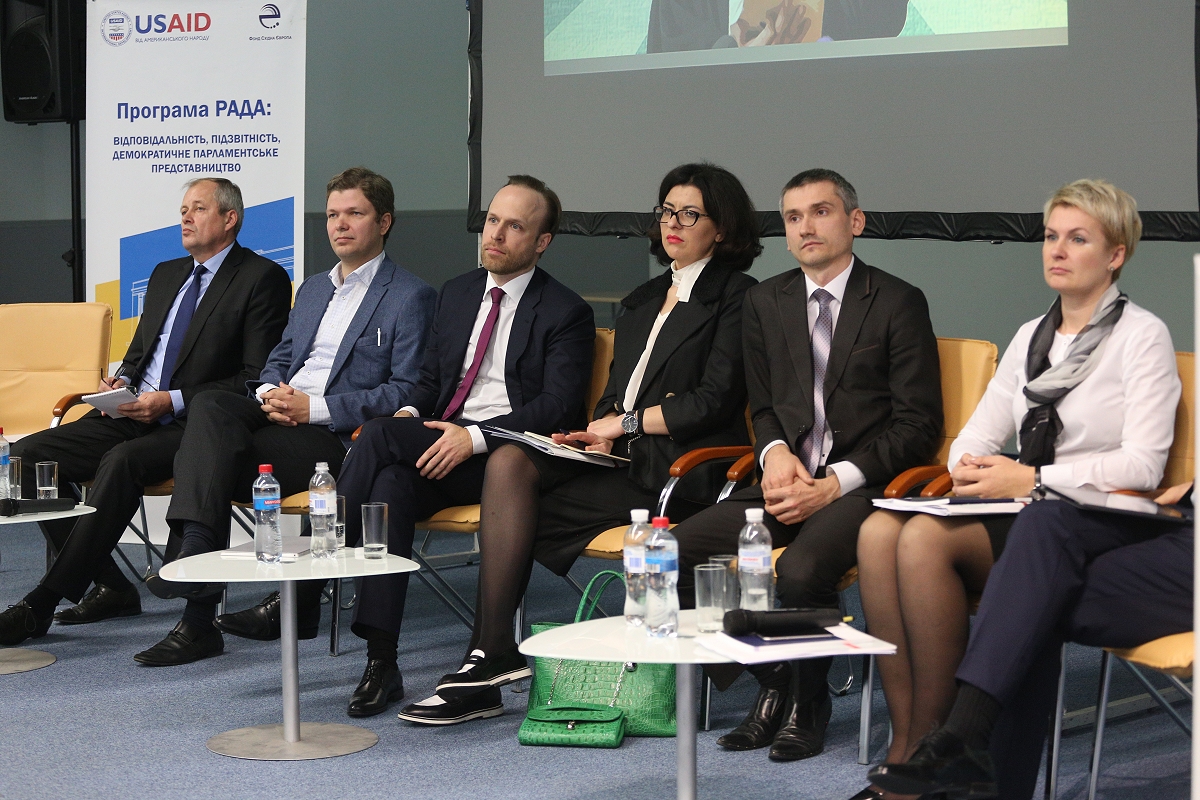 Opening the forum, architect of the Polish constitutional reform Wiktor Osiatyński said: “If I were asked what should be changed in the Ukrainian judicial system, I would answer in one word: ‘Everything!’” Nothing strange, as the low level of credibility to the courts in Ukraine is notoriously known abroad. The judiciary has not been reformed after the Revolution of Dignity. The level of credibility to the courts and judges in Ukraine broke antirecord this year, as only 1% of Ukrainian citizens fully trust the Ukrainian court system. At the same time, according to the data of the recent opinion polls, the judicial reform alongside the anti-corruption one are of top priority for the Ukrainians. 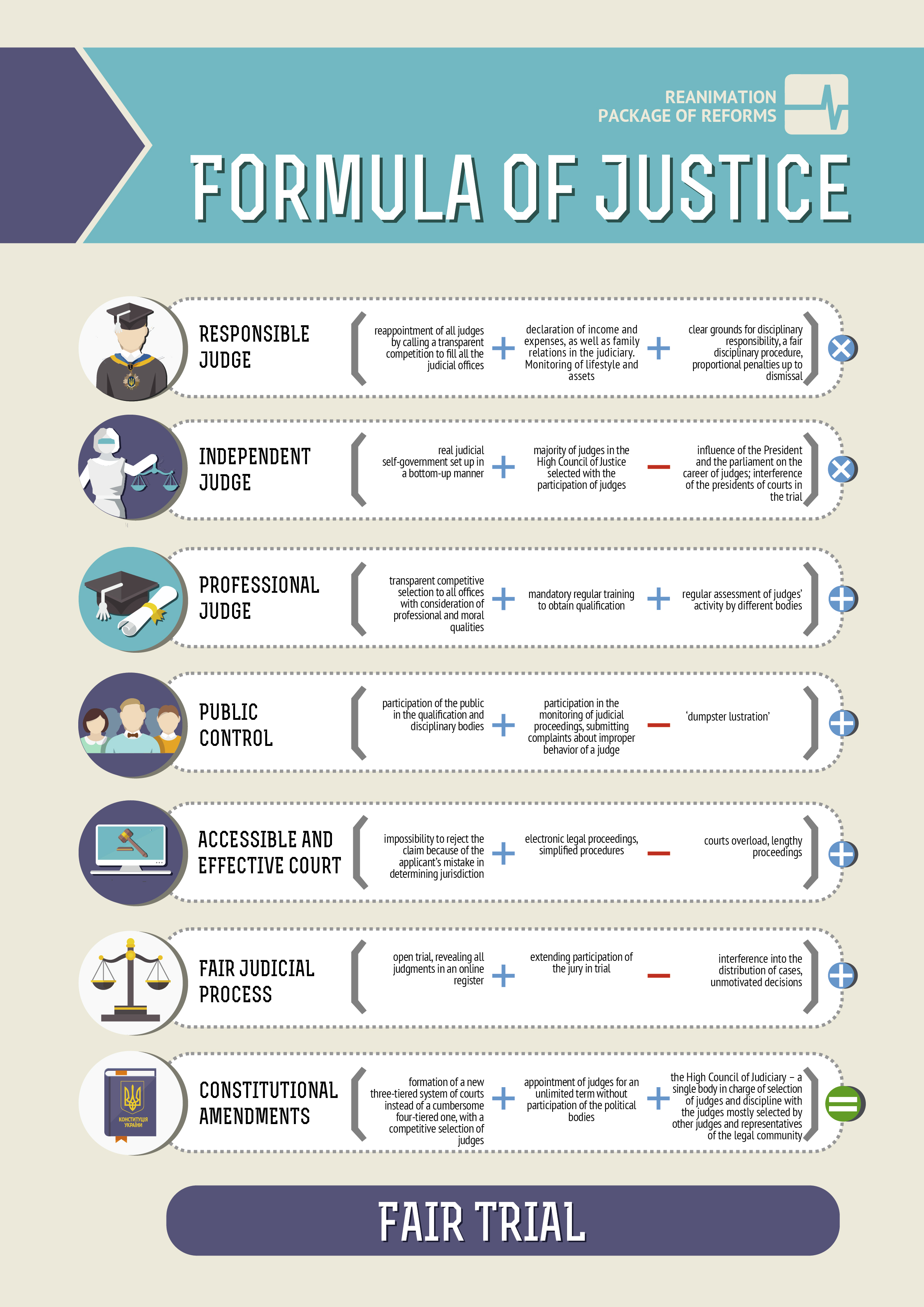 The issue of reappointment of judges was one of the core topics of the forum. The participants debated about the effectiveness of the reassessment procedure, dismissal of all judges, and further reappointment through an open competition. Oleksiy Filatov, Deputy Head of the Administration of the President of Ukraine, secretary of the Constitutional Commission, argued for the importance of reassessment and said: “Do we have enough professionals to replace all the judges? If we are realists, the answer should be ‘No.’ There is not enough of them. Therefore, I assume that even if we dismiss all the judges and call an open competition, a big number of judges will be selected again, as most of them are quite competent.”

At the same time, Tetiana Kozachenko, Head of the Lustration Department of the Ministry of Justice, insisted that the procedure of dismissal and reappointment of judges is of top priority and stressed: “We are indignant over the case of Sentsov, but, to tell the truth, the judiciary in Ukraine is the same and can consider similar cases, passing the same verdicts.” 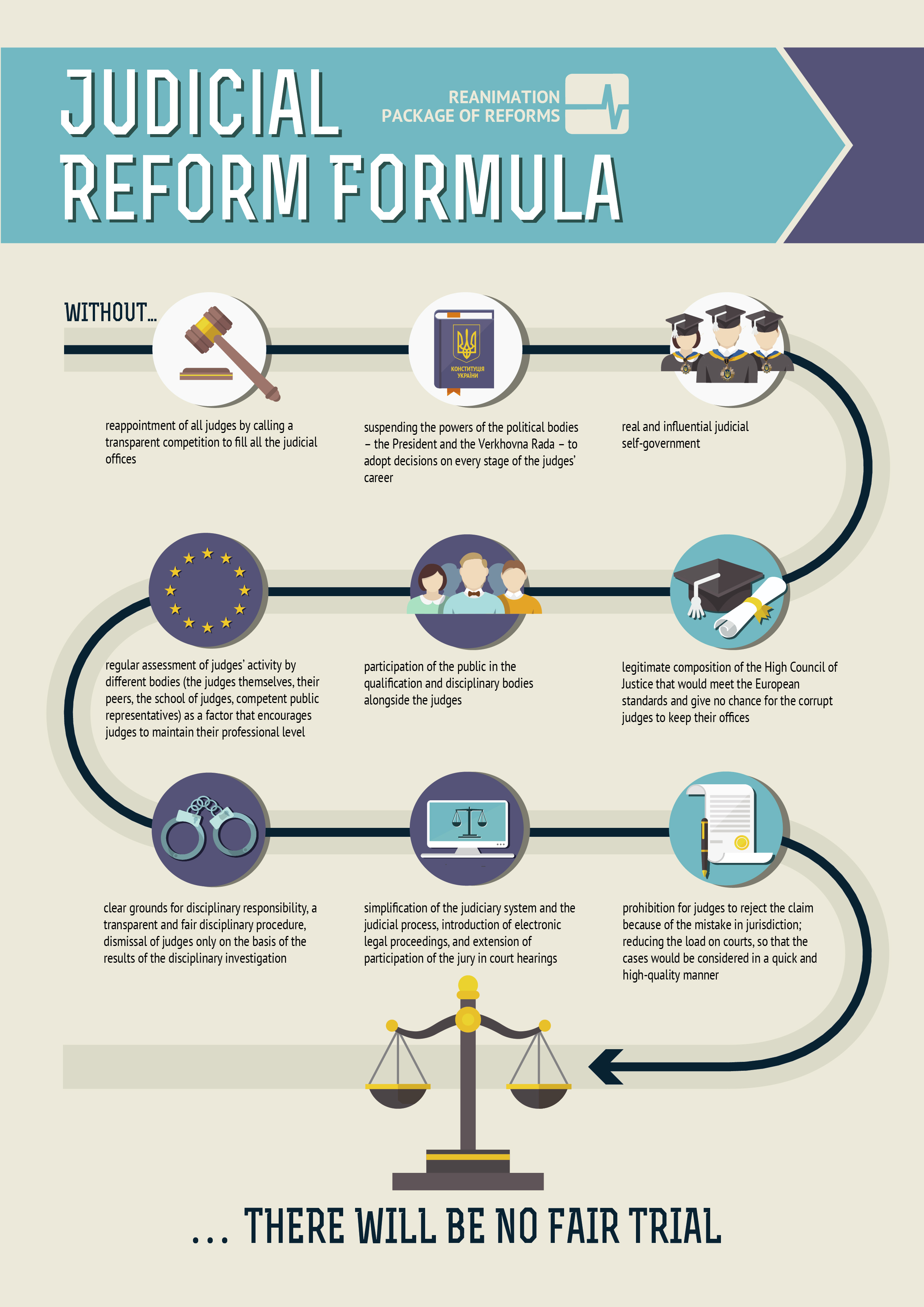 Roman Kuybida, leading expert of the RPR group “Judicial Reform”, singled out main advantages  of the establishment of new courts and formation of the judiciary through an open competition:  “An ad hoc interim body shall be set up to hold a competition. If there is some negative information about a candidate, he or she shall prove the immaculacy of their reputation. The authorities of the judges who failed in the competition shall be automatically terminated without any negative comments. There is no risk that the judiciary might collapse, as the functioning courts will stop accepting new cases only after the new courts start their work.”

Serhii Vlasenko, Member of Parliament of Ukraine, believes that minimization of presidential and parliamentary pressure on the judiciary should be a priority of the judicial reform: “It is necessary to overhaul the system and make the judiciary absolutely apolitic. Then judges will understand that they are not subordinate to the President’s Administration or the Verkhovna Rada. Nothing will change, unless the President and the Parliament are no longer interested in controlling the judiciary.”

The conclusion of the Venice Commission concerning the constitutional amendments in part of the judiciary are to be presented this week. In particular, the European experts will evaluate both suggested variants of how to cleanse the judicial branch of power: reassessment proposed by the President’s Administration and supported by the Constitutional Commission, as well as reappointment advocated by the independent experts of the Center for Political and Legal Reforms and the RPR. 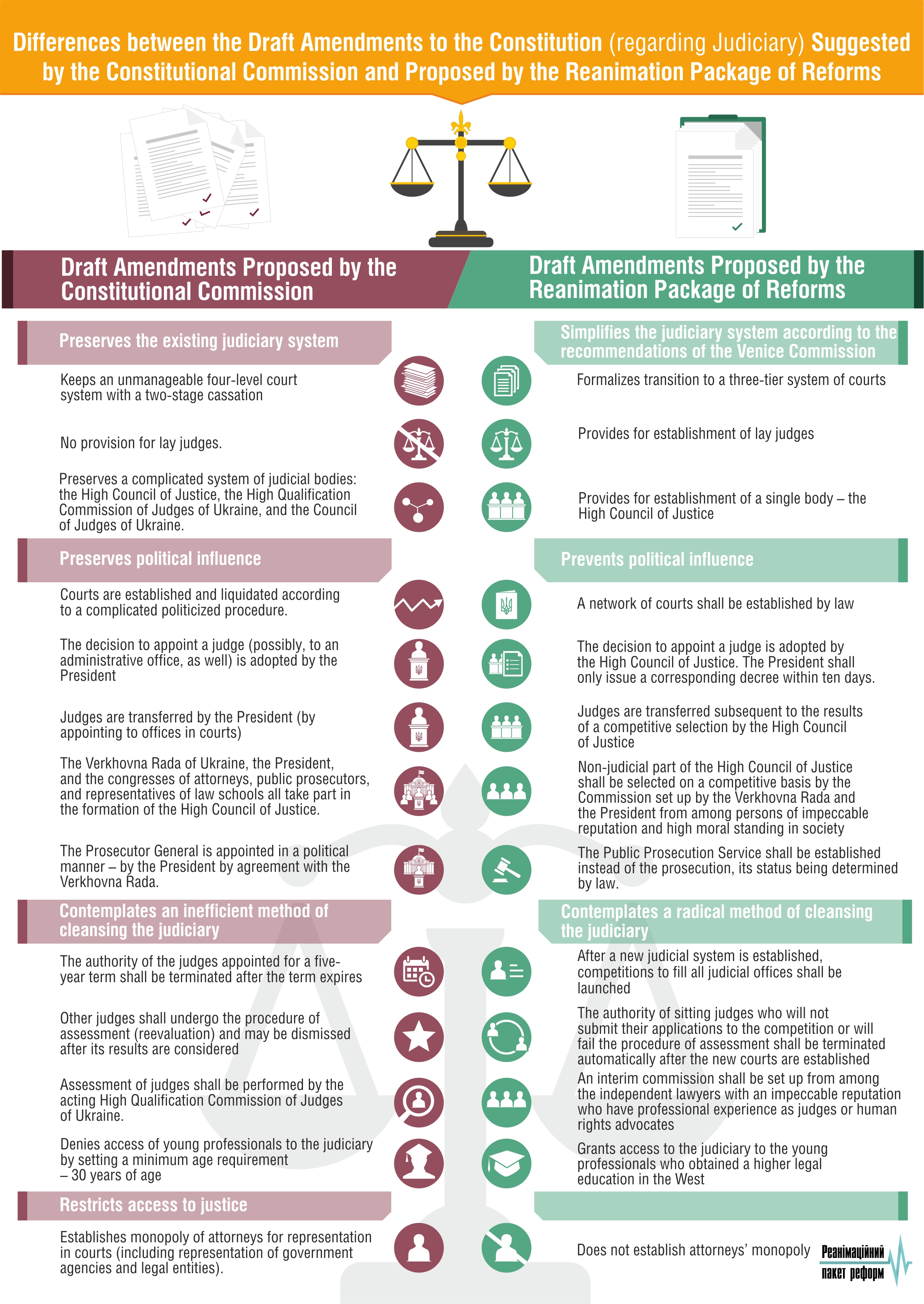 The organizers think that the discussion has not yielded clear answers, but it is still important to discuss the proposed constitutional amendments publicly, so that they would support a real judicial reform and meet the demands of the public. A wide-ranging discussion will help settle the problematic issues concerning the Constitutional amendments, as well as guarantee legitimacy of the renewed Constitution and public support of the judicial reform implementation. 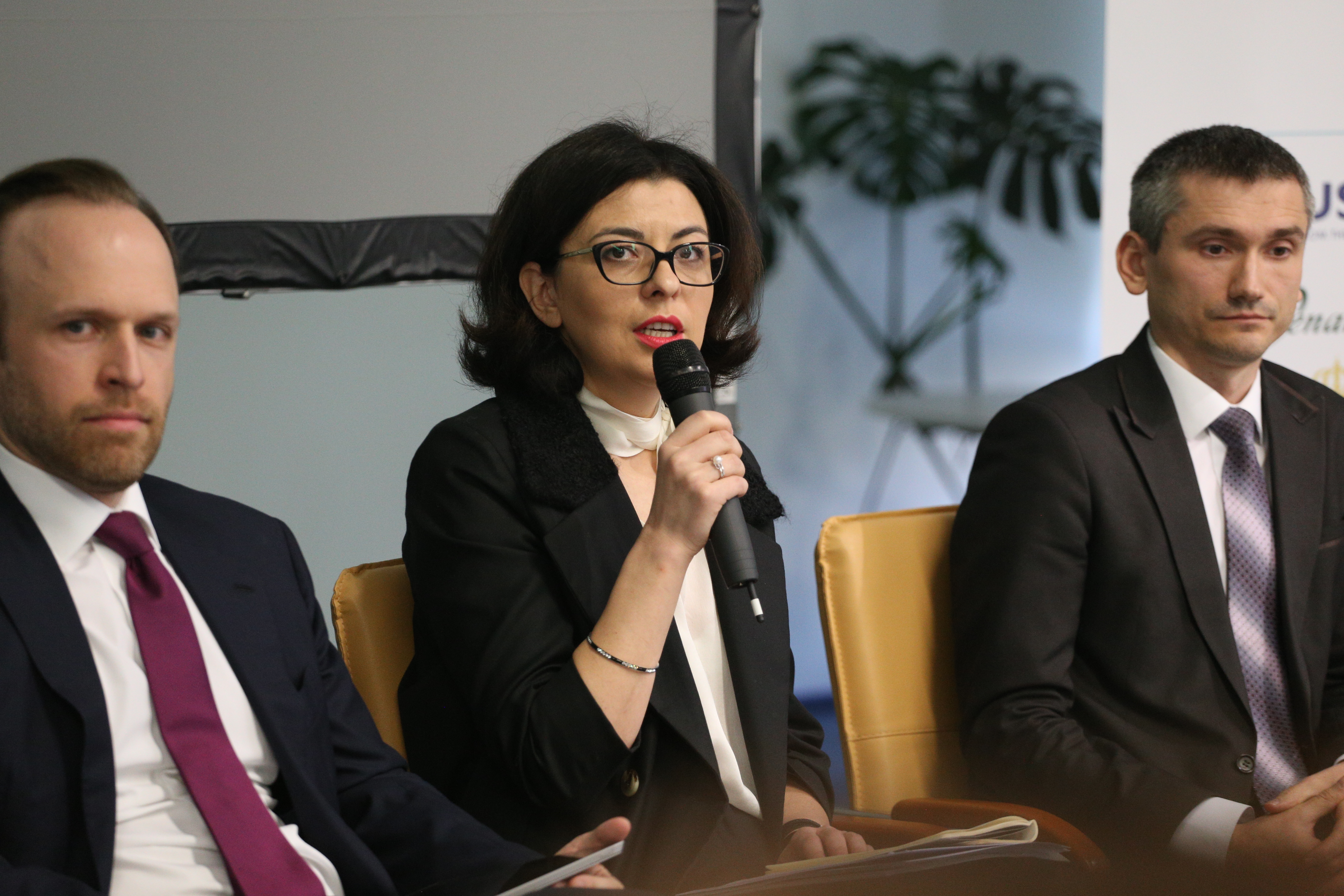 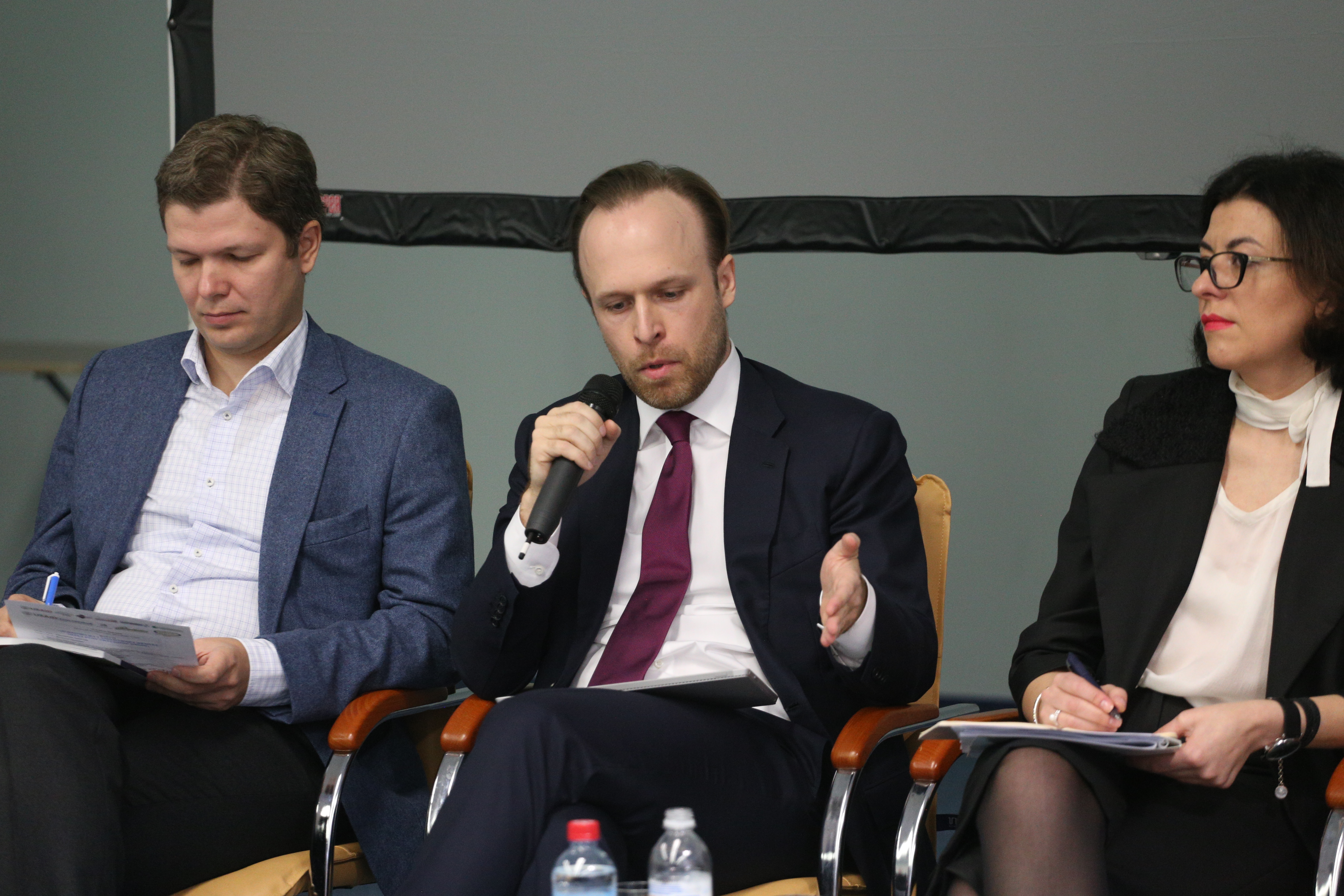 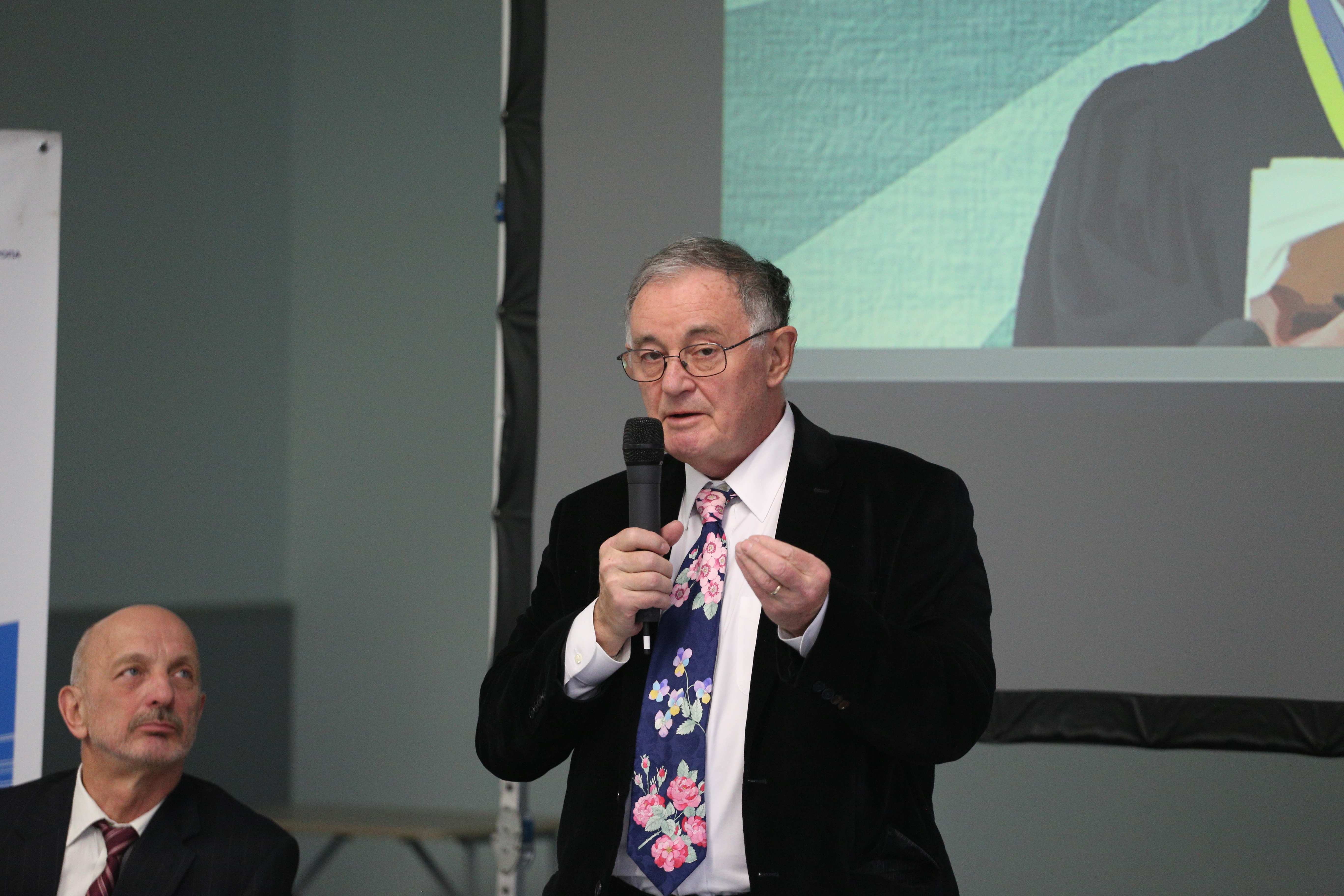 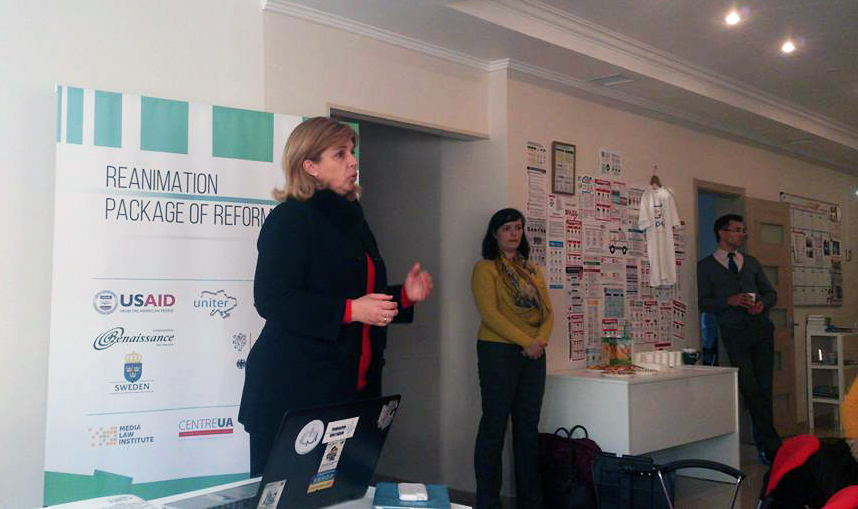 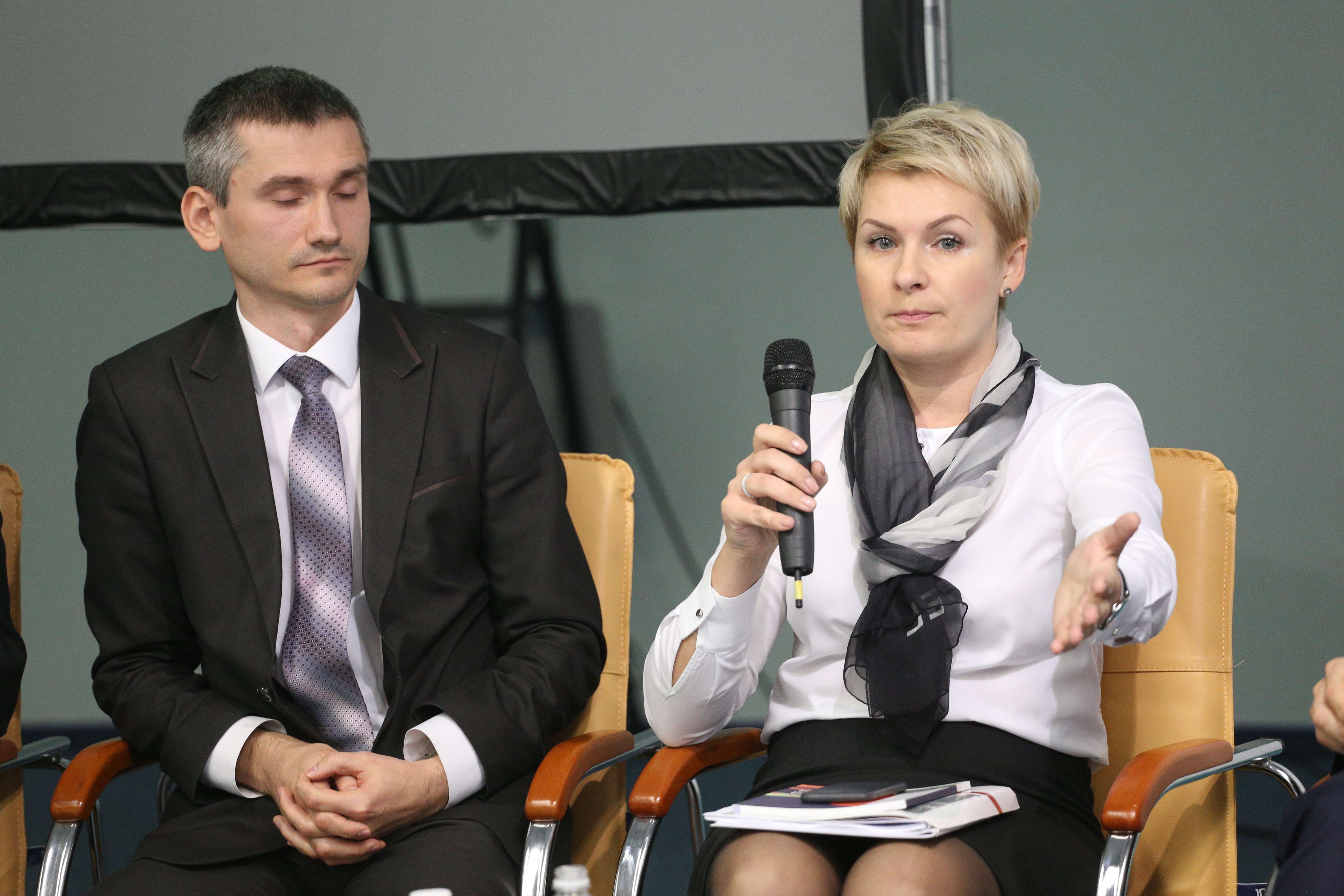 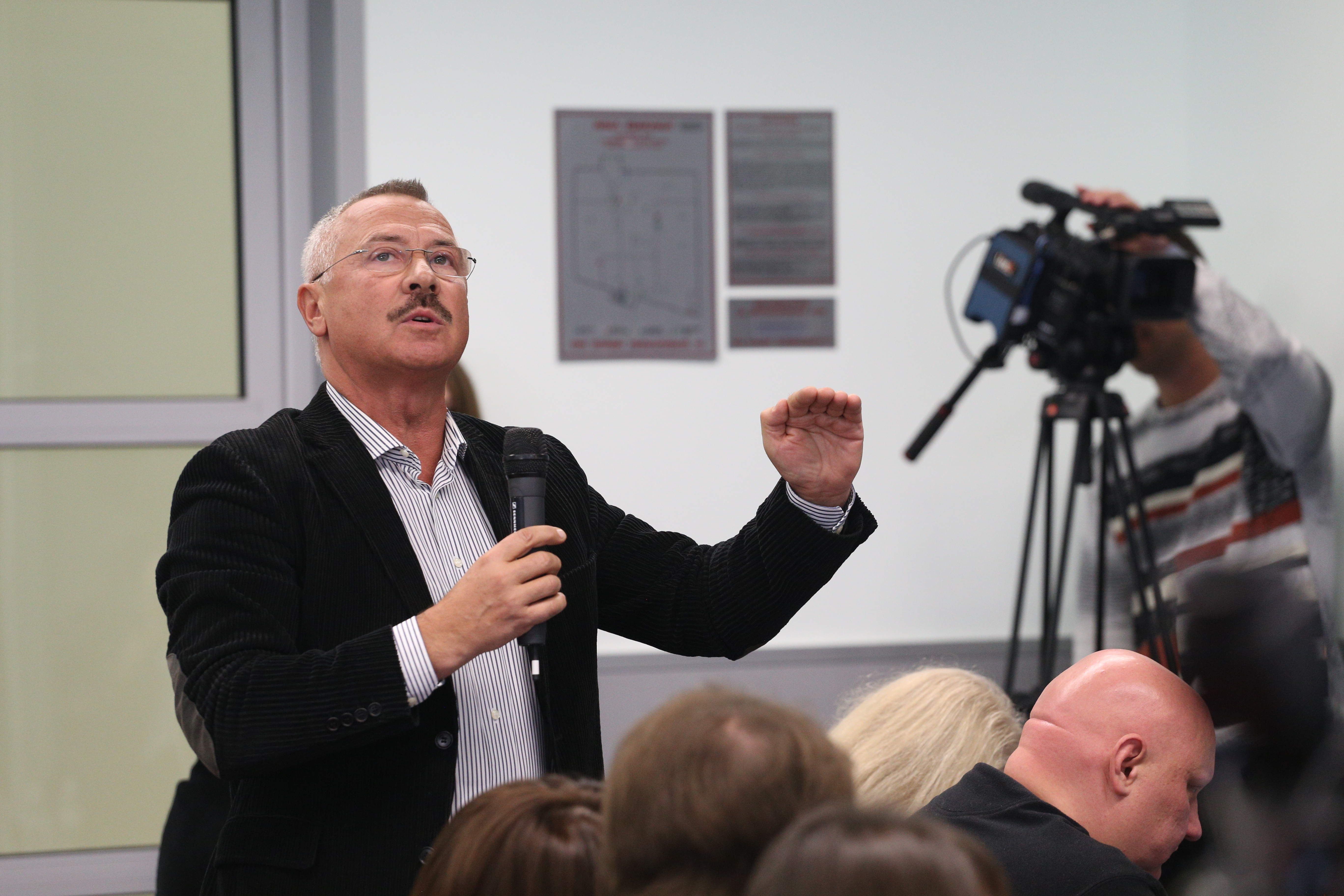 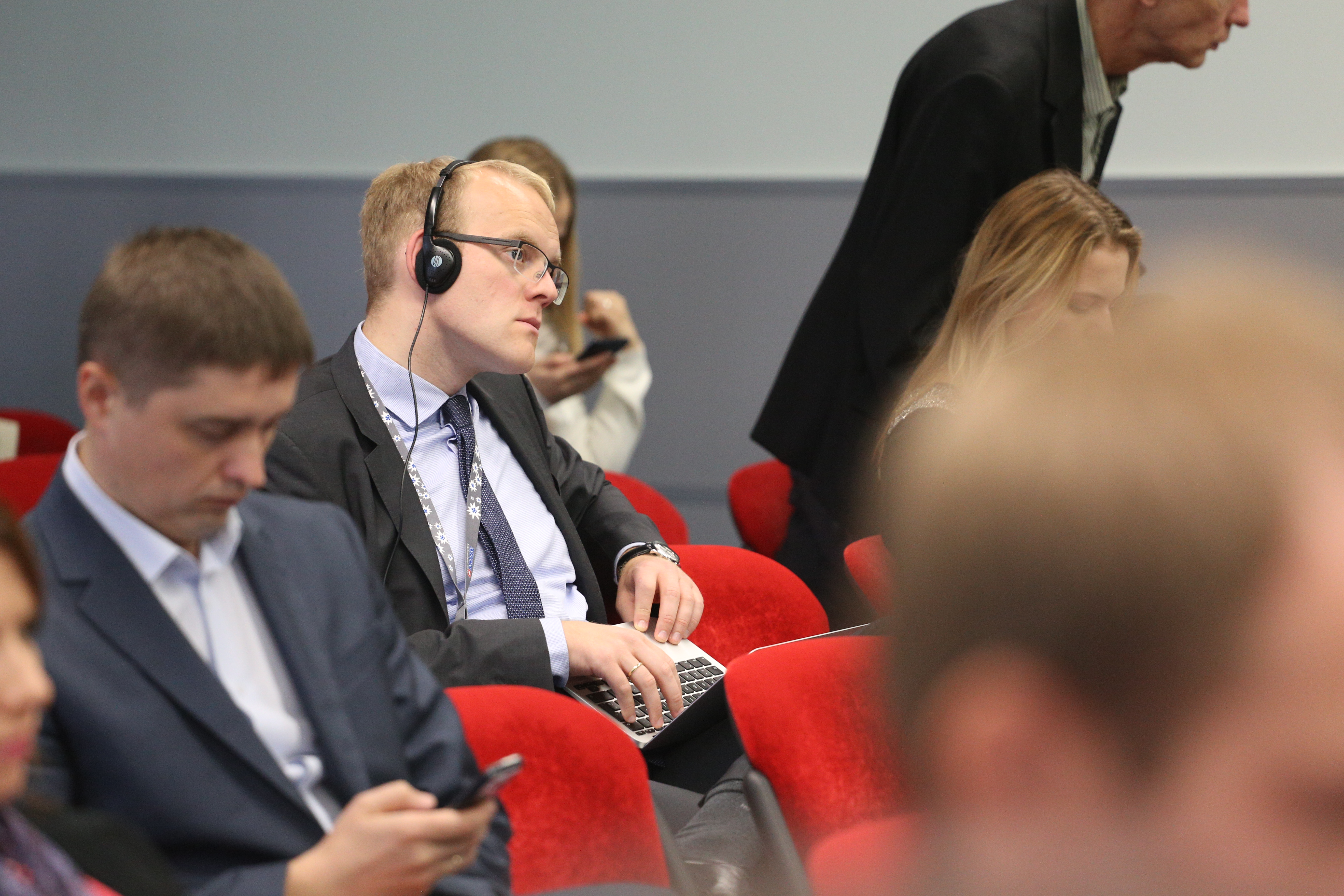