Reanimation package of reforms > News > Interview > Real partner to the state: Yuliia Kyrychenko on the role of the civil society in consolidating international support for reforms in Ukraine 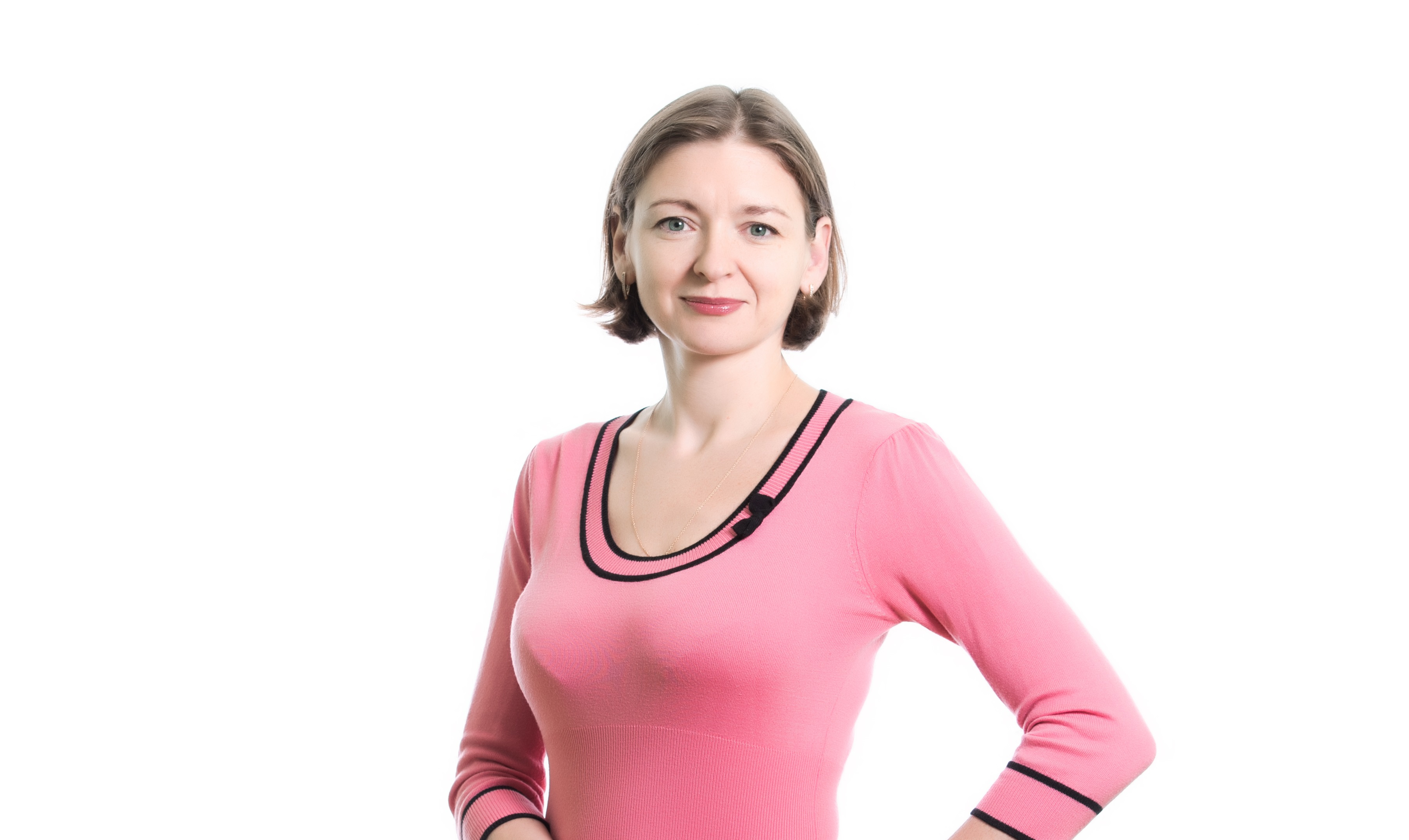 Real partner to the state: Yuliia Kyrychenko on the role of the civil society in consolidating international support for reforms in Ukraine

About the importance of the Ukraine Reform Conference for the implementation of reforms in Ukraine, creation of a successful dialogue between the civil society and authorities, and the constitutional way to return to the e-declaration system, as presented by Yullia Kyrychenko, a Member of the Board at the Centre of Policy and Legal Reform and Co-Chairwoman at the Reanimation Package of Reforms Coalition.

— The forum “The Dialogues About Reforms: On the Road to Vilnius” has recently ended. It took place in the course of preparation for the Ukraine Reform Conference (URC), which should take place in the Republic of Lithuania in 2021. Please tell us what role this international conference plays in the process of implementing reforms in Ukraine?

— This conference is one of the key dialogue platforms dedicated to a number of reforms and reforming of the country as a whole. There are some other good sectoral platforms, such as the Kyiv Security Forum, which address a single topic. But the Ukraine Reform Conference is, in fact, the only conference that provides an opportunity to systematically look at the various reforms and link them together.

— And what is the role of the public during the URC? Can we say that the civil society is one of the parties to the dialogue in this conference?

— Yes. After the Revolution of Dignity in 2014, the civil society has become a real partner to the state. In addition, there is a gradual increase in the expertise capacity of the public. And this is what makes it possible to be on almost equal terms or in partnership with the political administrations, even when they change. Earlier this year, the civil society feared that the new political government, having won the popular support of in the presidential and parliamentary elections, would ignore the opinion of civil society and the long-standing non-governmental organizations that cooperated with the previous government.

Fortunately, this has not happened, and the current government is cooperating and treating the civil society and its institutions as partners. I emphasize once again that this has happened due to the increase of the expert and institutional capacity of the civil society.

— Can the civil society be considered as one of the consolidators of international support for the promotion of reforms in Ukraine?

— Yes, the public can be considered as one of the players in this issue. After all, civil society is consolidating international technical assistance to Ukraine. Unfortunately, Ukraine, as a democratic country, has not yet matured enough to support the civil society. Therefore, it is a common practice for the public organizations to be funded by international donors through the grant programs. And it is crucial that such donor support for NGOs will continue.

— Does the URC help the civil society improve its dialogue with the Ukrainian authorities?

— Yes, Ukraine Reform Conference is a good platform for communication between the civil society and authorities. The 8 days of the forum “The Dialogues About Reforms: On the Road to Vilnius” presented a concentrated dialogue between public experts and decision-makers. It included a certain rapprochement, increase of the awareness of each other. But it was only the tip of the iceberg, because a lot of work had been done before this forum for many months. However, now we ultimately understand where the government and the civil society can consolidate and strengthen each other, and thus bring us closer to a democratic Europe through advancing the reforms.

— URC has been held annually since 2017. What exact steps were made in the implementation of reforms in Ukraine thanks to this conference?

— For example, there was some progress in the reform of public administration, although this reform had since been blocked. Here, we can talk about the creation of directors in the ministries, although currently this area has also slowed down.

In addition, the Ukraine Reform Conference facilitated the introduction of anti-corruption institutions in Ukraine, including the establishment of the High Anti-Corruption Court.

— Could you please provide some examples of successful dialogue between the government and the civil society?

— One example of such dialogue is the draft law 3612 “On Democracy Through All-Ukrainian Referendum.” One of the messages of the new government that helped it to gain such an electoral stronghold was a call for popular democracy. But when the government had to present its perspective on bringing the popular democracy into life, it turned out that it did not have a concise vision on the all-Ukrainian referendum and an elaborated draft law – there was only a desire to create such a document.

In fact, immediately after the beginning of the work of the Parliament of the IX convocation, the first meeting of the representatives of the Reanimation Package of Reforms Coalition with the First Deputy Speaker of the Parliament Ruslan Stefanchuk took place. During that meeting, the RPR Coalition, as a public association, proposed its own ready-made draft laws. One of them was the draft law on the all-Ukrainian referendum, which completely coincided with the political agenda of the new government. This bill was taken as a basis by the working group on popular democracy, improved, and submitted for public discussion and consultation with the Venice Commission. We believe that the draft law “On Democracy Through All-Ukrainian Referendum” meets all international standards and public expectations and we hope for its adoption by the Parliament in the second reading.

— And how else can the dialogue between civil society and government be improved?

— By, for example, professional sectoral vectors of cooperation for each individual reform, where civil society could connect the Parliament, the Government and specialized executive bodies.

— While talking to you as with an expert in constitutional law, we cannot ignore the situation that has emerged since the Constitutional Court abolished mandatory e-declaration for politicians and officials.In your opinion, how can the civil society help the authorities to return the e-declarations in a constitutional way?

— The civil society was quick to express its position due to public disagreement with the CCU’s decision. The RPR Coalition, together with other relevant NGOs, promptly set up a task force to develop a solution to the situation. However, the current government, in the same fashion as the previous one, wants to be able to appoint CCU judges on the basis of political loyalty.

The public has developed a concept of reforming the competitive selection of judges to the Constitutional Court in order to fully implement the 2016 constitutional changes. This concept has been discussed with the international partners as well as retired CCU judges. And this common answer is the solution for the government that it has been looking for so long. There are currently three vacancies for judges of the Constitutional Court – they must be filled through a competitive procedure.

— Frankly, some citizens are wondering, why do we need a Constitutional Court at all? Please tell us what role the CCU plays in the political system of Ukraine.

— What should the government and the civil society do when the CCU is practically rolling back the reforms, as it has happened with abolition of the e-declarations?

— The public has already reminded that the authorities have not yet implemented the constitutional changes from 2016 in the form of a law. These changes stated that the main requirements for a candidate for the position of a CCU judge are a high level of moral integrity and professionalism.

During the rule of all the presidents of Ukraine, the Constitutional Court made decisions that showed signs of unjustness. But unlike the situation with abolition of the e-declarations, the CCU ruled “in favor” of presidents: Leonid Kuchma’s third term, an increase in presidential powers under Viktor Yanukovych due to a return to the 1996 Constitution, etc.

That is, the CCU made decisions that were favourable to politicians. And by abolishing the e-declarations, the Constitutional Court made an unjust decision in favour of the judicial branch.

— What would you call the key to successful reforms?

— Reforms should be implemented solely on the basis of the Constitution or after approving the amendments to it. Also, the government should refrain from exercising political pressure on the judiciary and the appointing the judges on the grounds of political loyalty.

The interview was prepared by Dmytro Krivosheiev, PR manager of the RPR Coalition

This interview was published within the framework of the project “Core Support of the Reanimation Package of Reforms Coalition” carried out by the RPR Coalition and is made possible by the generous support of the American people through The United States Agency for International Development (USAID) within the Ukraine Civil Society Sectoral Support Activity, implemented by The Initiative Center to Support Social Action “Ednannia” in partnership with the Ukrainian Center for Independent Political Research and the Centre for Democracy and Rule of Law