Reanimation package of reforms > News > Events > Quarantine Presents New Opportunities: Politicians and Experts on the Impact of COVID-19 on Education in Ukraine 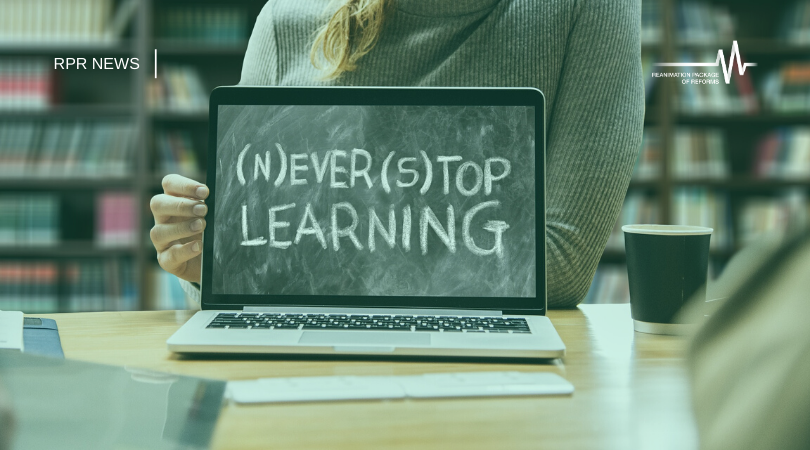 Quarantine Presents New Opportunities: Politicians and Experts on the Impact of COVID-19 on Education in Ukraine

How has a quarantine changed approach to the educational process in Ukraine? Why is there still inequality in access to education? What important changes in education have taken place in recent years? It was discussed by participants of the online event “Regional discussion of reforms: education”, organized by the RPR Coalition on April 30.

Problems in the field of education have been accumulating since the early 1980s. They began to be solved only in recent years: in 2014, the law “On Higher Education” was adopted, and in 2020 – the law “On Complete General Secondary Education”. But there is still a misunderstanding of the importance of education in Ukrainian society. Whereas in the European Union, education is the key to solving economic problems. It was stated by an expert on education, Doctor of Physics and Mathematics Volodymyr Bakhrushin, during the presentation of the draft analytical brief “Education”.

He called the main problems in the field of education presented in the analytical brief:

Recommendations regarding priority actions for 2020-2021:

What changes to expect in secondary and higher education?

Acting Minister of Education and Science Lubomyrа Mandziy announced the main innovations of the law “On Complete General Secondary Education” adopted this year:

The next stage of the reform, according to Mandziy, is the introduction of a new standard of secondary education, which is planned to be adopted in June 2020.

“Quarantine restrictions are not a threat to education, but new opportunities. Educators have learned to use new remote tools, which will be needed next school year, “- says the Acting Minister.

She predicted a possible return of students to universities in June (for the duration of the exams) if the epidemiological situation contributes to this.

“September 1 will not be the start of the school year for students due to the postponement of the admission campaign,” said Lubomyra Mandziy.

How has quarantine influenced the teaching process?

After the abolition of quarantine restrictions, most educational institutions will combine traditional education with distance learning, predicts Natalia Pipa, Secretary of the Verkhovna Rada Committee on Education, Science and Innovation. She assumes that the next school year will require a distanced learning process.

“Education continues to be underestimated, and the state does not view it as a priority, which is observed from the size of the educational budget. And salaries do not motivate to work in this sphere “, – the People’s Deputy agrees with Bakhrushins theses.

However, although salaries in private institutions are higher than in public ones, the quality of teaching there is sometimes in doubt, says Pippa.

Secure external independent assessment, admission campaign and the beginning of the next school year are among the main tasks in the field of education. Yulia Hryshyna, Chairman of the Subcommittee on Higher Education of the Verkhovna Rada Committee on Education, Science and Innovation, drew attention to this.

She proposed to reduce the number of minimum passing scores for external examinations when entering medical and legal specialties for this year, which currently amount to 150 and 140 points, respectively.

“This is an exception for this year only, given the distanced learning of students through the quarantine. And the number of points to be deducted is a matter for discussion,” Grishina explains.

However, Inna Sovsun, Chairman of the Subcommittee on Lifelong and Extracurricular Education of the Verkhovna Rada Committee on Education, Science and Innovation, strongly disagreed with this proposal.

“I do not support lowering the admission score to medical specialities. We don’t want to be treated by doctors who couldn’t pass biology,” the MP argues.

She reminded that the Independent external evaluation score is not a “pure” assessment, but a rating. And it only shows a place in the ranking among other students. And with the introduction of quarantine, all students have switched to distanced learning.

Quality education is (not) for everybody

Sovsun also drew attention to inequality in access to education.

“ZNO demonstrates the difference between the results of children from cities and villages. And also a clear connection between the level of family income and the level of education of children, because the more affluent have access to tutors, better educational activities, etc.,” the MP cites as an example.

“If a child wants, he will learn” is the wrong approach. Sometimes in schools, teachers teach subjects on compatibility and cannot ensure the proper quality of education,” she adds.

One of the mechanisms to solve this problem, according to Sovsun, is additional subventions to small schools.

Another essential issue is academic integrity.

“No reforms will work if school students cheat on exams and university students complete theirs with bribes,” Sovsun said.

She suggested stepping up punishment for plagiarism and changing the culture of behavior: students should not keep silent about the dishonest behavior of other students.

Mykhailo Serebryakov, project manager of the government-public initiative Together Against Corruption, also spoke about academic integrity.

“There are about 170,000 people with a degree in Ukraine. But there are far fewer Ukrainian scientists quoted by the international scientific community. That is, we have a significant number of low-quality dissertations,” says the expert.

What does the rest of the country think?

“The essence of the reform The New Ukrainian School is not fully explained to teachers, many of them do not understand it. Some teachers even say, “We have gone through a lot of reforms, and we will go through this one,” Terentyev said.

Moreover, it is complicated for teachers to talk about this reform with parents of students.

The implementation of the reform is still somewhat “stuck”. But a lot depends on the regions themselves,” said Natalia Shulha, director of the Ukrainian Science Club.

Iryna Zhdanova, executive director of the Open Politics NGO, spoke about another regional aspect of education.

“The lack of the Internet and Ukrainian television in the frontline districts of Donetsk and Luhansk oblasts nullifies all the benefits of educational reform,” she said.

“If we keep teaching children, as we teach them today, we will steal their future away,” Zhdanova concludes.

Read also: Regional Discussion of Reforms: On the Road to Vilnius” on the topic of culture organized by the RPR Coalition on April 30.