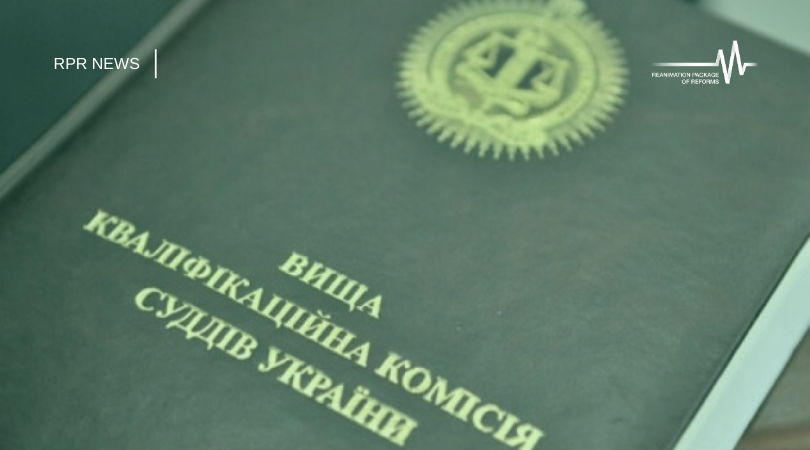 Cleaning the judiciary of dishonest judges was one of the priorities of judicial reform. To solve this problem, a qualitative qualification assessment procedure was introduced, according to the results of which unscrupulous judges should be dismissed. However, three years of conducting a qualification assessment proved its complete inefficiency: almost all unscrupulous judges managed to maintain their posts and currently continue to administer justice. This situation perfectly demonstrates that for the effective assessment of the work, it is necessary to change both the procedure itself and the people responsible not only for the qualification assessment of judges, but also for making objective decisions.

According to the Higher Qualifications Commission of Judges, between 2016 and 2018, 2043 judges passed the qualification assessment. But, as of August 9, 2019, the High Qualification Commission recognized only 154 judges as those who do not correspond to their position according to the evaluation. And just so many judges should be dismissed by the High Council of Justice due to failure to qualify. However, almost all of them resigned of their own free will. And some judges will continue to administer justice.

According to the Acts of the High Council of Justice, 64 submissions with the recommendation for the Commission on the dismissal of judges on the basis of subparagraph 4 of paragraph 16 (1) of section XV “Transitional Provisions” of the Constitution of Ukraine (due to inconsistency of the position) were considered. However, only 17 judges (14.11% of the cases examined) were dismissed, in respect of 40 judges (33.2%) such applications were left without consideration, and in respect of 8 judges (5.81%) – the application for dismissal was refused. As a result, they remained in their posts.

Why is the High Council of Justice so selective in its decisions?

The qualification procedure has 2 stages:

In fact, all 17 dismissed judges are judges who did not pass anonymous testing or the practical part of the qualification assessment (stage I). In all these cases, the High Council of Justice is guided by the direct basis defined by the sub-clause of the “Transitional Provisions” of the Constitution on the inconsistency of the post.

The situation with those judges who were recommended for dismissal based on the results of the second stage of the assessment, where the judge is assessed according to the criteria of professional ethics and virtue, is completely different.

Throughout the history of the functioning of the judiciary, not a single judge has yet been dismissed for violating the abovementioned paragraph. But a significant part of these judges nevertheless resigned of their own free will.

What about the criteria for professional ethics and virtue?

The Law of Ukraine “On the Judicial System and the Status of Judges” does not have a specific procedure for confirming the legality of the property of judges. Therefore, if in the High Qualification Commission of Judges doubts arise about the legality of the origin of the property, the High Council of Justice mainly treats them in favor of the judges. Or the High Qualification Commission argues its decisions in such a way that judges easily challenge them.

For example, in the Higher Qualification Commission and the Public Integrity Council, many questions arose during the interview with Larisa Ivanova, a candidate for the post of judge of the Supreme Court. The commission became interested in the numerous fortunes of Ivanova. The judge, on the other hand, explained a significant amount of property with income from working as a stoker and picking strawberries in the German Democratic Republic during the Soviet era. However, even despite the fact that Larisa Ivanova withdrew from the competition for the post of judge of the Supreme Court, she took part in the competition for the High Council of Justice. And even was able to get a position.

Or Serhiy Lapiy, a judge of the Kyiv District Administrative Court, who avoided dismissal following the results of the interview stage. Members of the High Qualification Commission had questions about the accuracy of the information in the judge’s declaration, but Lapiy was able to appeal the objectivity of this interview. As a result, the High Council of Justice refused to satisfy the Lapiy’s dismissal from office.

Quite different results were demonstrated by the competition for the posts of judges of the High Anti-Corruption Court of Ukraine. The procedure was similar to being selected to the Supreme Court. However, the key difference was the participation of the newly created Public Council of International Experts for the selection of judges, and it showed us what standards the people responsible for the assessment process should adhere to.

If, nevertheless, the Higher Qualification Commission of Judges suddenly introduced the dismissal of an unscrupulous judge, and the High Council of Justice decided to dismiss him, it can be considered rather a win-lose situation in favor of the dismissed judge. If you do not go into the details of the procedure, then it seems that the evaluation works, and judges who do not meet the criteria of professional ethics and virtue are dismissed. In practice, the judges who nevertheless decided to dismiss, sometimes do not wait for the decision of the High Council of Justice and resign at their own request.

Why is resignation not an option?

The Law of Ukraine “On the Judicial System and the Status of Judges” provides the judge with the right to dismiss in case of having at least 20 years of experience. Such a right ensures the independence of a judge and retains his title and guarantees of inviolability. Also, the retired judges receive monthly severance pay in the amount of 3 months of judicial rewards, they are provided with a monthly lifelong monetary support in the amount of 50 percent of the judicial reward, and upon reaching the appropriate age – a pension.

The expected cleansing and updating of the judicial system did not occur, and most judges who were found to be inadequate to their posts continue to administer justice. The High Council of Justice hesitates with dismissals on representations of the High Qualification Commission, and the High Qualification Commission, in turn, does not sufficiently substantiate its recommendations on dismissal. This allows judges to successfully appeal the decision of the Commission, and the High Council of Justice – to leave judges in office.

Despite the failed evaluation results, it cannot be argued that the very idea of this procedure is valid. However, for the successful implementation of an effective qualification assessment, it is worth improving the procedure for its implementation and taking into account the following recommendations: