Reanimation package of reforms > News > Events > Problems with Judicial Reform Remain in Ukraine, Despite Progress in Other Areas, Experts Say 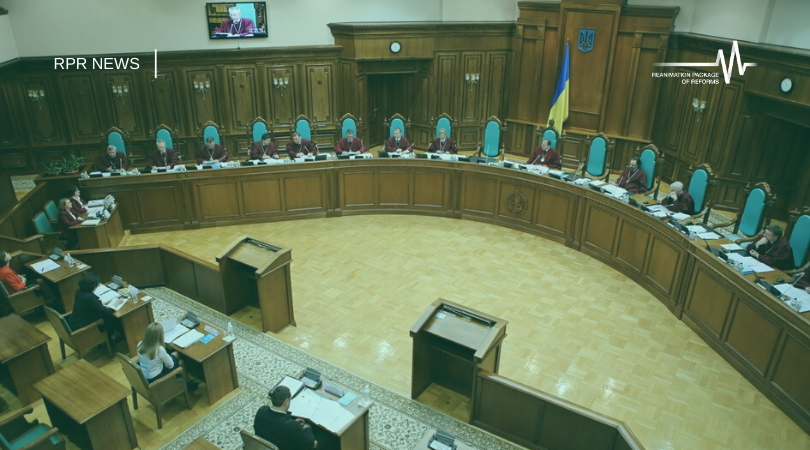 Problems with Judicial Reform Remain in Ukraine, Despite Progress in Other Areas, Experts Say

Western partners are incredibly concerned about politically motivated persecution in Ukraine: criminal cases against 5th President Petro Poroshenko and activist Serhiy Sternenko. At a time when the killers of Maidan activists have not yet been punished. This was stated by Orest Deichakivsky, Vice Chairman of the Board of Directors of the US-Ukraine Foundation, during the online roundtable of the Transatlantic Task Force “Ukraine’s Reform Stagnation: The Path Forward During a Crisis” on June 30.

“Selective justice does not serve the interests of Ukraine and divides Ukrainian society,” said the expert, expressing hope that the Ukrainian authorities would reconsider these actions.

In recent years, the European Union has mobilized 500 billion euros in aid to Ukraine, said Bruno Lette, a senior fellow at the German Marshall Fund of the United States.

The actions of the Ukrainian authorities in the field of reforms are both optimistic and worrying.

“The EU recently approved a new € 500 million macro-financial assistance program for Ukraine, a signal that Brussels has seen progress in advancing reforms. But at the same time, there are some steps backward in the judiciary and the rule of law,” Lete said.

The EU continues to support Ukraine’s territorial integrity, as evidenced by the continuation of sanctions against Russia for the annexation of Crimea and the war in Donbas, the expert concludes.

The Ukrainian government should focus on judicial reform, as the courts remain the most corrupt institutions six years after Maidan. Hanna Hopko, Former Member of Parliament of Ukraine, drew attention to this.

She reminded that recently the President of Ukraine Volodymyr Zelenskyi introduced to the Parliament a bill “On Amendments to the Law of Ukraine” On the Judiciary and the Status of Judges”, which disproportionately increases the influence of the High Council of Justice.

“Without the rule of law, it will be impossible to attract foreign investment,” Hopko said.

She called the creation of the Supreme Anti-Corruption Court in 2019 an example of Ukraine’s ability to form a professional judiciary.

“After Euromaidan, we launched the RPR, and we managed to implement many reforms: anti-corruption, medical, educational, and so on. But now some reforms are “stuck”, and there are steps back in the medical reform, “- the former MP says.

In recent years, Ukraine has shown growth in macroeconomic stability, but economic growth is impossible without further investment. This is emphasized by Oleksandra Betliy, Economic Expert, former Chief Economist, Ministry of Finance of Ukraine (2019).

“Investors do not need tax benefits. They need the rule of law and access to infrastructure, such as electricity,” she said.

Ukraine needs strong and independent institutions, an excellent example of which is the National Bank: its actions have significantly strengthened the financial sector.

“Usually, during crises in Ukraine, there have always been problems with the banking sector. But during this year’s COVID-19 coronavirus pandemic, this was no longer the case,” Betliy cites the example.

She also recalled the recent reduction of the NBU discount rate, which made loans to businesses cheaper.

“Currently, there is no reason to “print money”, which would adversely affect macroeconomic stability,” – said the expert.

“Ukraine should implement reforms not because of pressure from international partners, but because of its citizens’ well-being,” Betliy said.

Read more: online round table of the Transatlantic Working Group on economic reforms in Ukraine.