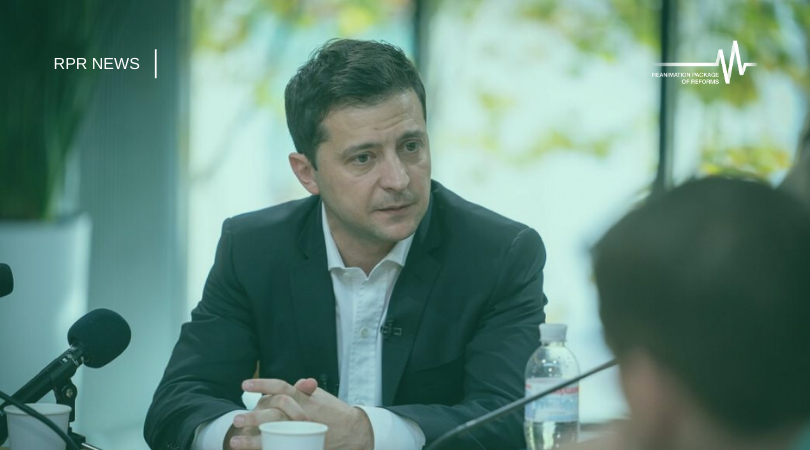 It was not enough for the President to limit himself with only two critically important areas of responsibility, i.e. foreign policy and defence, as he unambiguously “hinted” that he would be interested in having control over one more area – the area of criminal justice.

And this is not only about choosing a nominee for the Attorney General position. It is more about the President’s willingness to have all those meetings with the heads of law enforcement and prosecution authorities and his recent legislative initiatives.

Last week, the Parliamentary Committee on Law Enforcement prepared for the second reading a draft law No. 2116 which was submitted by the President. The draft law, in name and partially in substance, is aimed at improving the functioning of the State Bureau of Investigation (SBI).

But the main goal of the said draft law – is to subordinate the SBI to the President, as it stipulates that:

– the status of the SBI is changed from the central executive to a state law enforcement authority;

– the powers of the SBI Director and his deputies shall be terminated ahead of time, and the President of the SBI shall be temporarily acting as the acting Director;

– the functioning, organizational, technical and informational support to the selection commission (that, among others, will elect the SBI director and its members) will be provided by the President’s advisory body;

– the organizational structure of the SBI will be determined by the President;

– the rules governing the operation of the Public Control Council of the SBI and the procedure for its formation will be approved by the President upon the submission of the SBI Director.

In fact, the most fundamental change is the first of these, i.e. the change in the status of the SBI from a central executive authority to a state law enforcement authority. After all, other listed proposals, which, contrary to the Constitution, confer additional powers on the President, fully depend and are solely based on the first change mentioned above.

The status of “state law enforcement authority” is a completely artificial legal structure which is intended to fulfil only one function, namely to remove the SBI from the system of central executive authorities. Only in such case does the opportunity to subordinate the respective body to the President emerge.

However, such opportunity does not actually emerge given that the said proposal contradicts the Constitution. As held by the Constitutional Court in its decision dated June 13, 2019 No. 5-p / 2019, the establishment of a permanent independent state body, which by function, sphere of activity, powers has the characteristics of a central executive authority, but, at the same time, is not under the control of the Cabinet of Ministers and does not belong to the system of executive authorities, is not in line with the Constitution.

SBI is a typical law enforcement authority (pre-trial investigation body) and, therefore, according to its functional purpose, organizational model, sphere of activity and ordinary constitutional status, corresponds to the characteristics of the executive authority.

It should be noted that even the draft law “On Amendments to Article 106 of the Constitution of Ukraine” (No. 1014), which proposes to set the powers of the President of Ukraine to appoint and dismiss the Director of the State Bureau of Investigation, if adopted by Parliament, would not be the right basis to empower the President. This is due to the fact that it would be unconstitutional to vest the President with the following powers: to appoint the members of the board for the election of the SBI director; to provide functioning, organizational, technical and informational support of the activity of the commission for the election of the SBI director and its members; to approve the organizational structure of the SBI as well as the rules governing the operation of the Public Control Council and the procedure for its formation.

However, most importantly, the aforementioned amendments to the Constitution will not change the functional purpose, scope and powers of the SBI. The law enforcement authority (the pre-trial investigation body) will continue to be characterized with features that are inherent in the central executive authority.

There is another important detail in this story. Despite the fact that such proposals contradict the Constitution and lack sufficient justification, they were supported by representatives of anti-corruption NGOs and MPs from the “Holos” party.

Their position is simple: the draft law stipulates that the powers of the current leadership of the SBI will be terminated ahead of time, and a new competition to fill the vacancy of a director will be held with the participation of representatives of international organizations.

But such motivation is too simplified. And it does not justify all the shortcomings of the bill and the risks associated with it.

The SBI is authorized to investigate criminal offenses committed by the MPs, judges, prosecutors, law enforcement officials and military personnel. In addition, in the near future it is planned to pass a draft law which will finally deprive the MPs of immunity from prosecution. In other words, the President’s control over the SBI poses a very serious threat to the independence of representatives of other branches of government, above all, to the MPs.

Probably, the MPs from Holos, including those from the public sector and representatives of anti-corruption NGOs, once again decided to “totally rely” on good people, and to ignore everything else.

I have doubts, however, that at least one of the institutions mentioned in the text would benefit from the initiative. Neither would society after all.