Reanimation package of reforms > News > Events > Only Capable United Territorial Communities Support the Vitality of the Regions in the Coronavirus Outbreak, Say the Experts 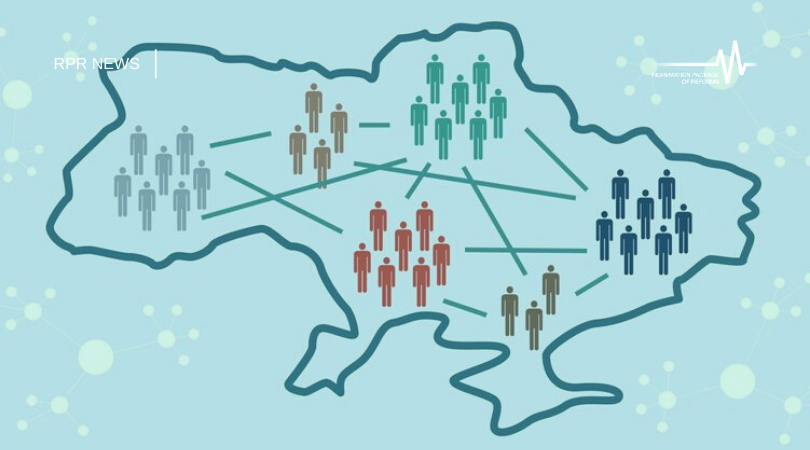 Only Capable United Territorial Communities Support the Vitality of the Regions in the Coronavirus Outbreak, Say the Experts

What were the consequences of lobbying in the formulation of prospective plans? Will it be possible to approve amendments to the Constitution of Ukraine in the field of decentralization? What to do with neighbourhoods: eliminate or reduce the number of? This was discussed by participants of the online event “Regional Discussion of Reforms: On the Road to Vilnius” on the topic of decentralization reform organized by the RPR Coalition on April 2.

Under conditions of COVID-19 and quarantine, the livelihoods of cities and villages are being supported by the capable united territorial communities providing the residents with necessary protective supplies. The Director of the Institute of Civil Society, Anatoliy Tkachuk, emphasizes the issue.

Presenting the draft analytical brief “Deсentralization“, he named the main challenges of  this reform:

Recommendations regarding prioritised actions for 2020-2021:

Lobbying in the formulation of prospective plans could not be eliminated due to the influence of some political forces and political games at the regional level. The People’s Deputy, the Chairman of the Subcommittee on Administrative and Territorial System Vitalii Bezgin, spoke about it.

The mistake in the preparation of the bill No. 2598 “On Amendments to the Constitution of Ukraine (on decentralization of power)” called the People’s Deputy a lack of communication.

“This bill was not lousy, but the government’s fault was the lack of communication with the associations and the expert environment. It’s good that the public got involved in the discussion,” Bezgin says.

He also rejected the possibility of linking future local elections with elections in the occupied territories of Donbas.

“The local elections may not start on schedule – October 25, 2020, due to quarantine, not to mention the election in the government uncontrolled areas in Donbas,” the MP sums up.

“In areas such as Kirovohrad and Ivano-Frankivsk, feudalism is simply off the charts,” says the expert.

“At the regional level, only some communities can cope with the situation around the coronavirus,” he adds.

But the chairman of the Center for Political and Legal Reforms, Ihor Koliushko, disagrees with him.

“We have a chance to get a good draft law on amendments to the Constitution, given the transparent process of discussion with the expert community, which began several months ago,” Koliushko said.

According to him, in the area of decentralization at the subregional level, experts support the elimination or reduction of areas: to transform the existing 490 districts into 110.

“The expert environment overwhelmingly opposes the creation of small areas of up to 150,000 people. The optimum size of the area is 200-250 thousand inhabitants,” sums up the chairman of the Centre of Policy and Legal Reform board.

To solve the financial problems of united territorial communities, the Executive Director of the Association of Cities of Ukraine Oleksandr Slobozhan proposed to focus on the problems of budget decentralization, which has not existed since 2019.

“Without improving the mechanism of functioning of the State Regional Development Fund, the funds allocated to it are better directed to direct these funds to other directions,” adds Slobozhan.

The 100 newly formed united territorial communities do not yet have direct budgetary relations, and the process of eliminating village councils remains unresolved. This was discussed by the advisor on decentralization and local self-government of the Rivne Regional Office of the U-LEAD Program with Europe, Mykhailo Shelep.

One of the main problems of united territorial communities, an expert on decentralization and local self-government, Sergei Romanovich, calls the shortage of personnel.

“Personnel hunger is especially felt in communities that are formed exclusively from villages,” the expert summarizes.