Reanimation package of reforms > News > Analytics > On the other side of the screen: An analysis of media consumption and disinformation in the Ukraine’s information environment 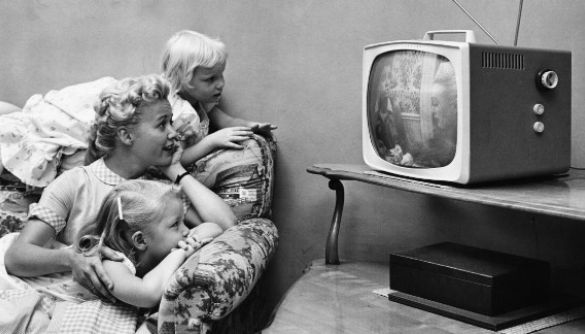 On the other side of the screen: An analysis of media consumption and disinformation in the Ukraine’s information environment

Pro-Russian disinformation, local elections and the COVID-19 epidemic were the strongest factors influenced Ukrainians’ media consumption and their communications on social media networks in 2020. Detector Media conducted a large-scale study using classical media monitoring, expert interviews, big data analysis and sociological research in order to get detailed answers to several key questions: 1) who and what influenced the perception of information and the effectiveness of disinformation in Ukraine in 2020; 2) what kind of actors were trying to manipulate Ukrainian society at the national level, and in the South and East of Ukraine in particular; and 3) how Ukrainians responded to the main events and challenges of 2020.

Summary of the study

Pro-Russian disinformation, local elections and the COVID-19 epidemic were the strongest factors influenced Ukrainians’ media consumption and their communications on social media networks in 2020. Detector Media conducted a large-scale study using classical media monitoring, expert interviews, big data analysis and sociological research in order to get detailed answers to several key questions: 1) who and what influenced the perception of information and the effectiveness of disinformation in Ukraine in 2020; 2) what kind of actors were trying to manipulate Ukrainian society at the national level, and in the South and East of Ukraine in particular; and 3) how Ukrainians responded to the main events and challenges of 2020.

Pro-Russian disinformation is centralized and pervasive. The Kremlin and its allies in Ukrainian politics have built an effective, well-coordinated system for disseminating pro-Russian disinformation narratives. They produce diverse and emotionally compelling content which is disseminated on a wide range of platforms, from traditional TV broadcast to social media networks, and is even borrowed by other media far beyond the reach of direct influence of pro-Russian political forces. The main disinformation narratives do not fundamentally change, but rather are illustrated by new “examples”. These disinformation actors have continued to propagate the same basic memes and narratives, such as “Ukraine is a defective state” or “Ukrainians are fascists”, which were circulating in the Ukrainian information space even before 2014. Moreover, all of these classical narratives are aimed at delegitimizing Ukraine as a sovereign state. This challenge requires a systematic response from Ukraine’s government agencies, including a joint body responsible for strategic communications and the creation of a Ukrainian narrative.

The pro-Kremlin agenda does not dominate the national and regional information space. On the contrary, it is contained within a limited number of outlets which occupy a relatively small share of the media market. However, those outlets’ audiences and their trust in them are growing. Outlets linked to one of the most popular in Ukraine, pro-Russian political party “Opposition Platform – For Life” (OPFL) leadership account for 70 % of our recorded examples of the spread of pro-Russian disinformation narratives in the national media space. At the same time, a person who becomes a consumer of their news is guaranteed to receive a full set of Russian and pro-Russian disinformation messages. Viewers of pro-Russian television channels, in particular those belonging to the “Medvedchuk group” (112, ZIK and NewsOne), are almost twice as likely to trust the Russian media as other respondents. It is important for Ukraine to study the foreign experience of regulating the work of such TV channels, in particular in the Baltic States. In February 2021, Ukraine imposed sanctions on legal owner of these TV channels Taras Kozak for financing terrorism. Therefore, the TV channels were banned, they are broadcasting on YouTube only, Kozak started a lawsuit against this decree.

On social media networks, there is little overt pro-Russian disinformation, while in the regions, its intensity depends on the orientation of the local elite. In the regions where local authorities chose to run in the 2020 local elections under “economic” rather than political slogans, pro-Russian disinformation in local media and social media networks weakened, but there where OPFL was most active, it intensified. It was advantageous for some representatives of local elites to play up the “Ukraine is a defective-state” narrative, but such cases were not systemic. This problem is complex and requires more efforts not only in the information field, but also in building stable party institutions with clear and transparent ideologies and programmes, rather than maintaining the current system whereby parties are almost entirely organized around political personalities and their patronage networks.

At the same time, the pro-Russian propaganda system uses a large arsenal of manipulative means to spread faked trustworthiness of its messages and strengthen its influence, and exploits some vulnerabilities in Ukrainian society – uncertainty about the future, fear of the coronavirus epidemic, “fatigue” from the war, dissatisfaction with living standards, interethnic tensions, and language and religious issues. Outright disinformation is relatively rare, but propaganda agendas are rather fuelled by various manipulative means. This indicates the need for constant monitoring of the informational space at the national and local level. Ukraine ought to strengthen the role of its communications regulator – the National Council on Television and Radio Broadcasting, while vigorously ensuring that the body is independent from the influence of political and oligarchic groups and has transparent rules that are consistently and equitably enforced. Ukraine also needs to improve its media legislation, including for the regulation of online space, while maintaining the principles of freedom of speech. Mechanisms for media co-regulation and self-regulation in Ukraine need to be strengthened. Judicial reform is very important; it must ensure that suspected violations of the law by individual outlets or media groups are adjudicated without corrupt influences. It also requires constant monitoring of the region’s vulnerabilities and work on them by Ukraine’s international partners, central and local authorities, and civil society organizations at both the national and regional levels.

While polarization over language issues, the legacy of Maidan and the war in Donbas is clearly growing, so is the number of people whose political allegiances are undecided. Compared to 2015, the share of those who support pro-Russian rhetoric has increased, but so too has the share of people who find it hard to choose between clear stances on issues affecting the country. This audience is potentially vulnerable to pro-Russian disinformation and manipulation, as it is possible to use its doubts and to win it over. Beyond Donetsk and Luhansk regions, the situation in Odesa region is especially alarming.

There are a lot of hoaxes (not necessarily overtly pro-Russian) on social media networks and messengers, but we also observed an increase in the number of manipulations like dubious inside scoops, rumours and conspiracy theories. Disinformation is no longer simply a matter of spreading false messages or trying to disorient audiences, but rather a systematic, multi-vector campaign to cultivate a distorted worldview among audiences. Thus, in addition to debunking individual hoaxes, Ukraine needs a systematic and in-depth study of the large-scale disinformation narratives constructed at different levels, as well as the development of tools to counter them.

The most popular propagandistic narratives observed were those concerning the “external governance” of Ukraine and “George Soros”. Thus, 58% of respondents in our target regions believe that the most important decisions made in Ukraine since 2014 were forced by Western countries. This trend is worrying not only for Ukraine but for the democratic world as a whole. Building a resilient society should be a priority for Ukraine’s foreign partners, government institutions and civil society organizations. Together, it is important to work in a coordinated, interdisciplinary and interagency way to build a knowledgeable society that is able to meet today’s information challenges and to recover from the aggressive campaign of disinformation brought against the country by Russia and pro-Russian forces. The importance of implementing the principles of media literacy and critical thinking in Ukraine and around the world is difficult to overestimate; it is one of the key imperatives for 21st century societies.

“Decentralization” has taken place in social media networks just like it has in Ukraine’s governmental administration. Local pages, blogs, YouTube and Telegram channels are becoming more popular, and their reach at the local level is often greater than that of the local classical media. Some local Telegram channels have achieved top national prominence in terms of their audience reach. Moreover, in addition to national topics such as elections and the coronavirus epidemic, each region has its own key topics for discussions and manipulations on social media networks, as well as for their regional opinion leaders. This suggests that the local media space needs constant research and analysis, as the processes taking place there – including destructive ones, such as the rise of separatist sentiment or the growing influence of pro-Russian propaganda – may not be visible from Kyiv. Understanding local information and political context is also important for systematic analysis of disinformation at the local level, as the manipulative nature of messages is often not obvious to those unfamiliar with the local “agenda”.

Telegram has become an extremely influential channel for disseminating information, and has actually surpassed the Russian social networks which previously held the top spots, Vkontakte and Odnoklassniki. Anonymous Telegram channels create the appearance of deep awareness, are interconnected (our study has shown a clear link among the groups of such channels) and spread approximately the same messages. They have become an important new phenomenon in the Ukrainian media space. These sources accustom their audiences to shaping their understandings based upon rumours, gossips and so-called (and unverified) “insider information”, rather than quality, professionally reported news.

Southern and Eastern Ukraine have been showing some worrisome vulnerabilities to disinformation, including pro-Russian disinformation. The situation in Donetsk region and the neighbouring Zaporizhia region is the most alarming. Kharkiv and Odesa regions also need a special attention. For example, in Odesa region, the narrative of the oppression of the Russian language is combined with notions of nationalist control over the government. In Kharkiv region, nostalgia for the Soviet times is linked to a commitment to authoritarian rule in the model of Belarusian dictator Aleksandr Lukashenko and a rejection of the Maidan.

Factors affecting vulnerability to disinformation are as follows: native language, religion, age and economic preferences. Further fragmentation of the population of the South and East may be influenced by the further development of the war in Donbas and by changes in the economic situation. Another important factor is how the policy of Ukrainization and decommunization will be implemented in the future.

The consequences of this trend can be dangerous for Ukraine’s independent media in the short term and for its democracy in general. It is important to study foreign practices of social media network regulation, as well as to initiate discussions on social networks formed on the basis of messengers, such as Telegram and Viber. Here, it is important to unite the efforts of international organizations, state institutions and civil society to initiate a productive dialog with the actual developers of social networks to find common solutions.