Reanimation package of reforms > News > Interview > Oksana Velychko on the public struggle against the corruption: There is no such thing as a quick result 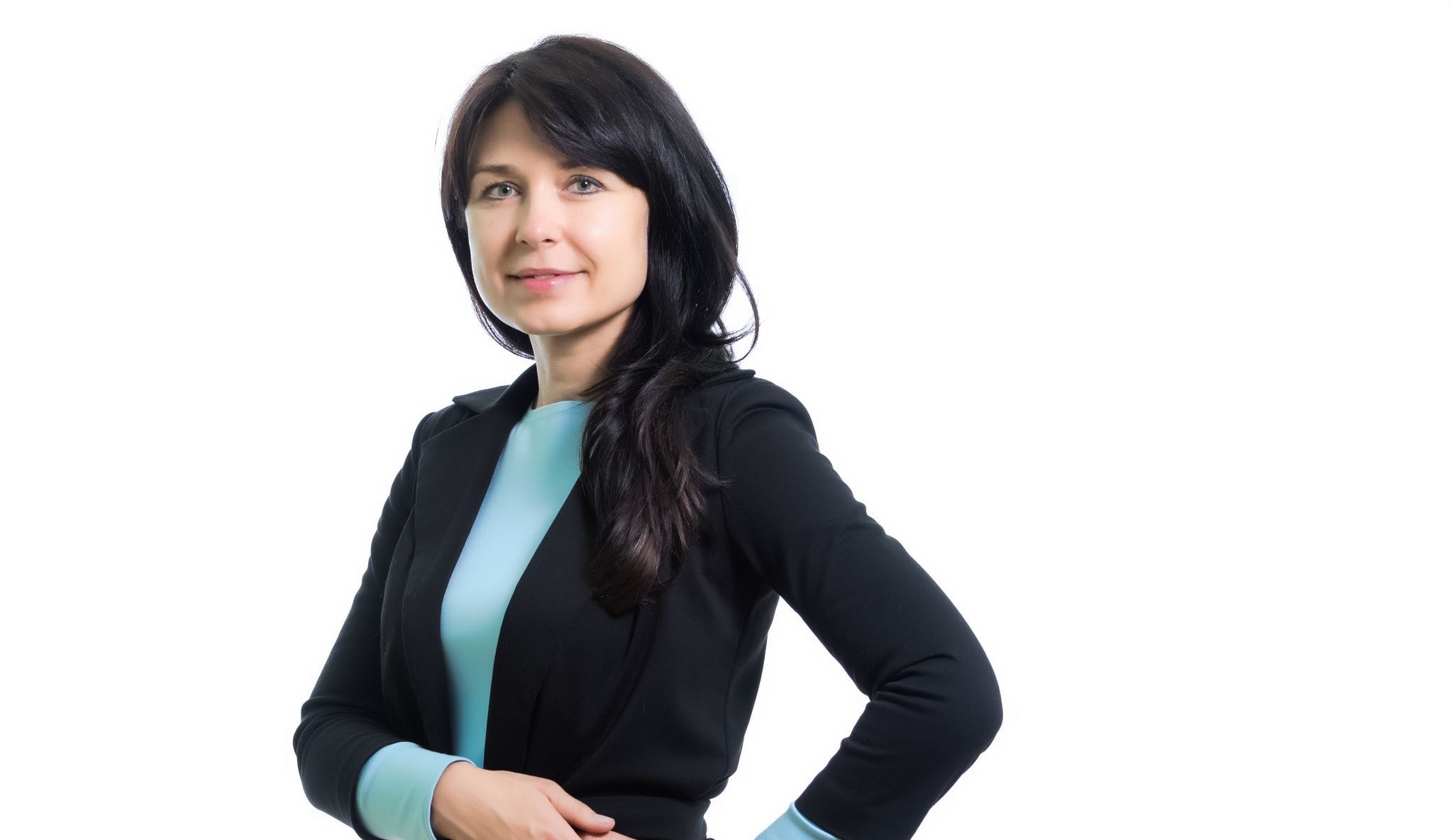 Oksana Velychko on the public struggle against the corruption: There is no such thing as a quick result

Oksana Velychko, head of the NGO Together Against Corruption, spoke about the elimination of corruption schemes in construction, property valuation and the appointment of head doctors, cooperation with the authorities in the fight against corruption, and the reverse side of decentralization.

— In November, the Cabinet of Ministers began approving the anti-corruption measures as part of the government-public initiative Together Against Corruption. Ms. Velychko, please tell us in more detail what exactly do those measures imply.

— For the most part, people associate the fight against corruption exclusively with the criminal prosecution of corrupt officials. But they are persecuted for doing specific actions. Therefore, our anti-corruption measures are focused on eliminating the corruption schemes which cause the imprisonment of corrupt officials in the first place.

For example, a certain official of the State Land Registry facilitates the illegal transfer of land. You can imprison the state officials indefinitely but you can also introduce preventive measures that anticipate such misconduct. Thus, our anti-corruption measures are mainly aimed at preventing corruption risks in government.

Corruption is a set of problems, a disease with many symptoms. And it cannot be cured by introducing just one measure alone.

— Which algorithm for preventing corruption risks does the civil society offer?

— We ask relevant experts and business representatives about specific corruption schemes or cases of corruption from which they suffer. It took more than a year to just describe those schemes and the mechanisms to eliminate them! In total, we have processed more than 50 corruption cases at the national level. We have also established cooperation with 15 central executive bodies. Practically, we unite the efforts of the best anti-corruption experts to cooperate with the relevant central executive bodies.

One of the schemes is the import of commercial goods to Ukraine from abroad under the guise of humanitarian aid. For example, the orphanage issues an official letter where it states the need for humanitarian assistance in clothing. Based on this letter, a certain legal entity (for example, a charitable foundation) imports clothes to Ukraine and shares it with an orphanage on a 50/50 basis, and then sells its share. These actions can take place with the assistance of officials who ensure registration of that cargo as humanitarian aid.

This scheme is destroying Ukraine’s economy: some clothing factories have gone bankrupt because analogues of their products have been smuggled in as humanitarian aid. Moreover, it is exempt from duties, so counterfeit clothing is much cheaper. Furthermore, entrepreneurs who legally import clothes also suffer from this scheme.

— And how to eliminate that scheme?

— The procedure for recognizing cargo as humanitarian is imperfect in itself. That is why we are working with the Ministry of Social Policy and the East Europe Foundation to digitize it. We have already created an electronic register of humanitarian aid recipients: it is no longer enough to mention the humanitarian aid as a, for example “building tile”, – it will be necessary to describe in detail the cargo in accordance with the Ukrainian classification of goods for foreign economic activity, indicating its specific quantity. This will allow to easily identify which goods, by whom and in which quantities were imported into the regions.

— And what other schemes are you trying to eliminate currently?

— For example, corruption during the sailors’ exams. Every five years, sailors undergo a so-called retraining, where they have to prove their professional skills. And they cannot pass those exams without corruption – sailors have to pay $1,000 to shady middle men.

The sailor’s examination involves oral questions, which allow the examiners to decide whether the answers are correct or incorrect at their own discretion. It will not be easy to eliminate this scheme, as not only examiners but also some sailors have an interest in perpetuating those corruption schemes.

In addition, additional burdens, which instigate corruption, have been deliberately added to the translations of the international directives in Ukraine. For example, in other countries, sailors do not have to pass the exams if they are in the continuous service.

— Does the government perceive the civil society as an equal partner in the fight against corruption?

— There are people in the ministries who are willing to work with the public to fight corruption, but there are also those who are not at all interested in it. Some officials even receive a “salary” from the beneficiaries of corruption schemes for their preservation. They set bureaucratic hurdles, delay procedures, “lose” documents – anything to stall the fight against corruption.

But there are also progressive people in the government, with a different motivation.They are often the new heads of departments or directorates in ministries. We rely on them in our activities the most.

— What were the largest corruption schemes that the civil society managed to overcome in recent years?

— In 2018, we managed to abolish the requirement of historical and urban planning justification – a corruption tool that facilitated the permits to build in the historic centers of cities. Practically, it justified why it is possible to build in the places where building was prohibited. However, corrupt rivers are constantly looking for new channels, so over the time, new tools for abuses in the construction industry are emerging.

Our other victory is the mandatory publication of test questions for the driver’s exams. Previously, this information was not disclosed so it was possible to ask ambiguous questions during the exam, which allowed to fail those who did not give bribes.

We have also developed a procedure for holding a competition for the positions of heads of the health care institutions. Previously, head doctors were appointed “from above” for bribes: $ 10,000 – $ 20,000 in the regions and up to $ 100,000 in Kyiv, depending on the hospital’s rating. And the people who later held these positions “repaid” those money in a corrupt manner. But now the competition procedure is in force. The commission consists of 1/3 of the employees, 1/3 of the governing body representatives and 1/3 of the public. The competition allows progressive people to get the positions and prevent the most odious personalities from entering them.

An important joint achievement of our organization, the “Reanimation Package of Reforms” Coalition, and MPs is the elimination of the corruption scheme concerning the electronic intermediary platforms in the field of real estate valuation. From 2018, Ukrainians had to pay an additional UAH 1,800 when selling or donating real estate to these “buffers” only for transferring the information to the database of the State Property Fund. Those intermediary platforms did not perform any additional useful functions, but the law required citizens to use their “services”.

This scheme, organized by one of MPs and officials of the State Property Fund, allowed them to “earn” UAH 1 million a day. It was brought to the Parliament during the “bargaining” while voting for the state budget as a favour for some political forces. We managed to eliminate it in 2019 by joint efforts.

— Recently, your organization, together with other NGOs, published an investigation of “100 corruption schemes in the regions of Ukraine.” Could you name some typical regional schemes.

— Since the beginning of the decentralization reform, community budgets have increased significantly due to taxes and fees that now remain in place, such as taxes on property, land, 60% of personal income tax, excise duty on petrol, etc. And when there is more money, there is more corruption. We managed to describe only some superficial schemes, because in fact they are counted not in hundreds, but in thousands.

There are many corruption schemes in construction business, as it is one of the few areas that thrives despite the country’s economic problems. City centres are the most attractive areas for the construction companies. But there are almost no vacant plots of land left, so they have to “gnaw” the land for bribes with significant violations.

Public property is another area for corruption. Currently no one can clearly determine what property belongs to the community. This information is often concealed by the relevant local government departments. Another component of the scheme is leasing of public property to alleged public organizations. However, these NGOs are just a cover, and the real users of the property are the commercial companies.

— And what is the situation in Kyiv?

— In Kyiv, almost 50% of public property is leased on preferential terms by public organizations and social structures. And whether this is true or not is almost impossible to verify. Moreover, the territory of the city is not always efficiently used. For example, communal property “Kyivsky Magazyn” provides the organization of bidding in places for mobile and seasonal trade through auctions. To expose possible corruption abuses, we once asked its chairman to provide information about who exactly pays for rent and how much. But they refused to grant us this information referencing the commercial confidentiality: allegedly entrepreneurs do not want to disclose those numbers.

— Are the local authorities willing to work with the public to overcome those schemes?

— There are progressive people who want to cooperate, but there are also advocates for corruption who oppose us.

We should keep in mind that the salaries of local officials and managers of the public utility companies are low, and political forces need significant funding during each election. This whole hierarchy is overwhelmed with corruption, which is a source of revenue for election campaigns as well as for other various party goals and personal enrichment of specific beneficiaries.

Therefore, we can talk about a certain integrated corruption scheme, which permeates everyone and everywhere and, moreover, is actively defended by law enforcement agencies and courts, which also “get a cut.”

— What advice would you give to public experts and anti-corruption activists?

— Foremost, get ready for a long-term job, because there is no such thing as a quick result in our activities. Secondly, join the efforts as much as possible. For example, there are typical corruption schemes in all the cities of Ukraine, which can be eliminated by developing standard algorithms for action. In this regard, the experience of the RPR Coalition, which helps to unite experts and activists, becomes especially valuable. Thirdly, maximize the involvement of the progressive people in government – they need our help and support.

The interview was prepared by Dmytro Krivosheiev, PR manager of the RPR Coalition

This interview was published within the framework of the project “Core Support of the Reanimation Package of Reforms Coalition” carried out by the RPR Coalition and is made possible by the generous support of the American people through The United States Agency for International Development (USAID) within the Ukraine Civil Society Sectoral Support Activity, implemented by The Initiative Center to Support Social Action “Ednannia” in partnership with the Ukrainian Center for Independent Political Research and the Centre for Democracy and Rule of Law