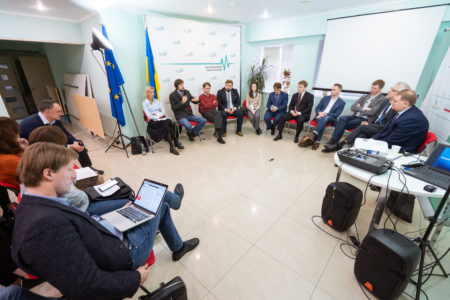 The event was attended by 12 experts who discussed various aspects of the feasibility of land reform implementation in Ukraine and the factors that may affect the court’s decision to initiate or not to initiate the proceedings. According to experts, based on the judgment of the European Court of Human Rights (ECHR) in the case Zelenchuk and Tsytsyura v. Ukraine, where the Court acknowledged that the moratorium on agricultural land transactions violates human rights (particularly Article 1 of the Protocol to the European Convention on Human Rights) the Constitutional Court of Ukraine has every reason to initiate proceedings as to the moratorium constitutionality. They stated that, if such proceedings are not initiated, this would rather be due to political rather than legal considerations. At the same time, all the participants of the discussion admitted that they highly appreciate the competence and professionalism of the Constitutional Court and believe that after the reform of the Court it will take a proactive and responsible position in protecting the rights of the Ukrainian citizens, including property rights.