Reanimation package of reforms > News > Events > Not only the electoral code. Experts told what is necessary for fair elections 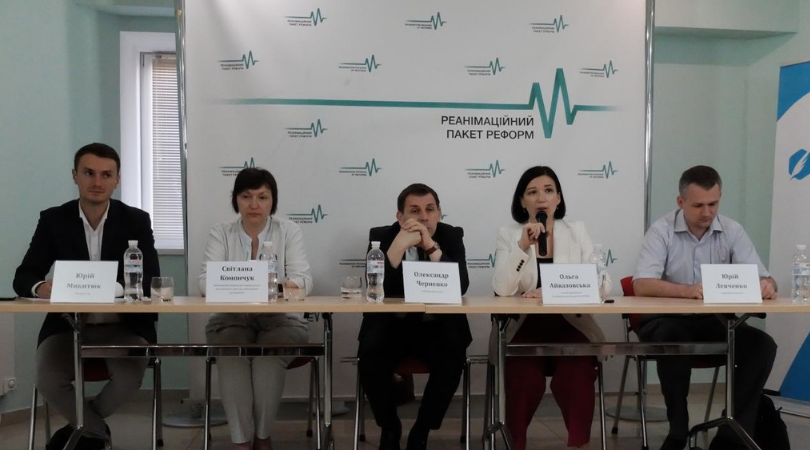 Not only the electoral code. Experts told what is necessary for fair elections

Even if the Verkhovna Rada adopts a new Electoral Code before the election, it is unlikely that parliamentary election will take place on July 21 under the new electoral system. This was one of the main messages of the press-breakfast “Electoral Reform: what changes can the current Parliament make?” organized by the Reanimation Package of Reforms on June 6.

Altogether, nearly 4,700 amendments have been submitted to the draft new Electoral Code, as Oleksandr Chernenko, MP, pointed out. I believe that by the end of its term, the Parliament will have adopted a new Electoral Code, possibly on July 11 before the holidays. Extraordinary election will take place under the current electoral system, but the following elections – local and parliamentary elections – can be held under the new system.

In order to hold fair and transparent elections, in addition to the adoption of the new Electoral Code, the Verkhovna Rada will vote for the below draft laws:


The new electoral system began to be discussed 10 years ago, but no progress has been made, stressed the Chairperson of the Board of the Civic Network OPORA Olha Aivazovska. “Without appropriate punishment for violations during the election process, we cannot talk about fair elections. Now some parliamentarians are interrogated in cases opened 7 years ago,” says Aivazovska.

To this end, a draft law No. 8270, which establishes additional instruments for the investigation of election crimes, has been developed. It also removes punishments for violations that did not affect the final outcome of the election. Persons who are used to getting victory through falsifications are not interested in such a draft law.

Those who are used to winning in single-member districts through abuse are not interested in the effective investigation into electoral crimes.

One of the key ideas behind the electoral reform is the unification of procedures for the presidential, parliamentary and local elections. But an open dialogue with the public about this has not started yet, said the executive director of the Ukrainian Independent Center for Independent Political Research Svitlana Kononchuk. Electoral reform should regulate the creation of new political actors. But “at the moment we can observe re-registration of parties (change of a name, articles of association, etc.), therefore the essence of political force changes.

The Verkhovna Rada is able to make changes for the introduction of open lists before the extraordinary parliamentary election on July 21, according to MP Yurii Levchenko. “90% of majoritarian MPs simply bought their mandate, and do not represent the interests of their voters. Open ballots are needed as a tool to replace these MPs. The Chairman of the Verkhovna Rada Andrii Parubii told me that the draft new Electoral Code would be put to vote on July 11,” said the MP.

He reminded that at one time Viktor Yushchenko changed his decree on early parliamentary election. In addition, the Constitutional Court may find the presidential decree dissolving the Verkhovna Rada to be unconstitutional.

Since the election campaign has begun, and political forces are already spending money on it, in particular from the state budget, some citizens believe that delayed election means disrespect for taxpayers. Yurii Levchenko believes that it is better to spend a little extra money and to suspend the election by July 21 rather than hold it under the old electoral system.

It is likely that extraordinary parliamentary election will take place on July 21. The term of the Verkhovna Rada of the 8th convocation will end in a few months, therefore, the current Parliament has 3 draft laws and the Electoral Code to be adopted. Or this will be done by the Verkhovna Rada of the 9th convocation, having a chance to provide Ukrainians with a transparent voting procedure and equal access to the electoral rights for every citizen.