Reanimation package of reforms > News > Columns > Not only reform: the EU and NATO could change Combating Terrorism Security 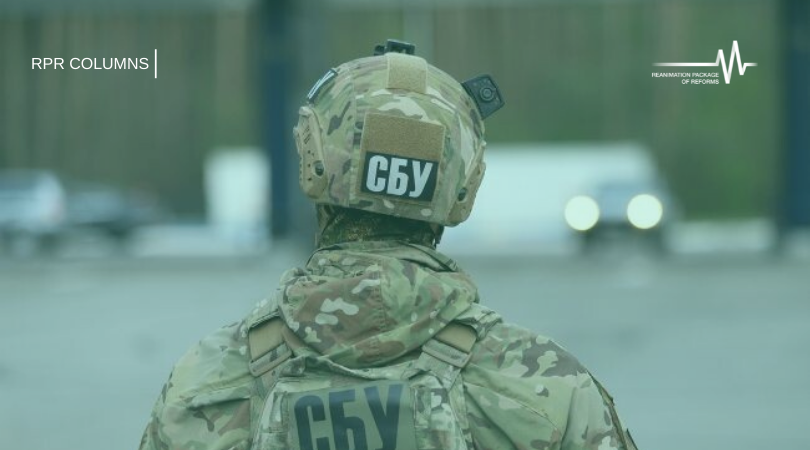 Not only reform: the EU and NATO could change Combating Terrorism Security

Ukraine has been opposing Russian military proxies in Donbas for seven years. However, the example of the terrorist attack in Lutsk in July 2020, or the murders, committed by a fanatic in Kryvyi Rih on November 9, 2020, point to a weak internal security system outside the territory of Joint Forces Operation. The recent example of attempted terrorist attacks in Transcarpathia also gives a clear signal that the terrorist threat is real for Ukraine. We should not ignore a number of arrests of Islamic State recruiters on the territory of Ukraine in 2020-21, as well as ISIS claims to the south of Ukraine .We are not only the scene of countering Russian provocations and formation, but also a part of the global battle against terrorism.

Terrorism and extremism are global challenges that affect everyone without exception. And Ukraine’s participation in new formats of counter-terrorism is as important as military resistance against Russia. This experience is especially needed to combat the proxy groups of the Russian Federation, which can speculate or radicalize Ukrainians against Kyiv. Those pro-Russian marginal proxies were the basis for the Russian forces on Donbas in the 2014th year.

Who in Ukraine should fight terrorism?

In Ukraine. Unfortunately, there is no counter-terrorism infrastructure. Missing and preventive mechanisms, and the main focus is put on force as the way to solve threats. The main progress is related to the conflict in eastern Ukraine, namely the need to recognize the quasi-regimes “L / DNR” as terrorist organizations, which was approved by the Verkhovna Rada on January 27, 2015. But after this, progress in the mechanisms to counter the recurrence of such scenarios remains a mystery.

Ukraine has a separate Anti-Terrorist Center under the Security Service of Ukraine, which was formed in 1998. However, as a full-fledged institutional unit of systemic counter-terrorism, it was formed only on February 18, 2018.

The SSU anti-terrorist center is now only a force structure of direct action, which does not have mechanisms to prevent extremism. According to the ATC, more than 183 events have been held since 2015, most of which are training of SSU units to combat terrorist attacks. Only one conference. Detailed information, data on the mechanisms used for prevention, or analysis of possible threats are not public. Although the practice of such public research, as well as funding researches in universities, is normal practice, for example, for the CIA and the FBI, or the European Commission.

The state of affairs does not allow the Allies to understand the model of our anti-terrorist infrastructure. Most software strategies are in development only. The institution does not provide any analytical materials on the assessment of the situation in the regions, it does not give detailed public reports on past incidents. The lack of transparency and secrecy of outdated and non-integrated research departments calls into question both the parties’ awareness of the possibilities for cooperation and the quality of their analysis.

This does not allow us to assess the integration of modern counter-terrorism programs. For example, existing publications from SBU University do not actually use the methods and work of the English-speaking environment.

Among the framework goals of the Center, the priority is to counteract the activities of “LPR” and “DPR”. However, there is no analytical paradigm, no grounds, no description of the methodology or principle of risk assessment of the regions. There is no database of potentially dangerous organizations that can recruit or radicalize the population.

How can the EU and NATO help us?

References to countering radicalization and terrorism can only be found in cooperation with the EU and NATO. For the Allies, this area is one of the key ones. This is recorded as the new security strategy of the EU ,  as well as within the Annual National Program under the auspices of the Commission Ukraine-NATO (ANP) . The latter is approved by the President and aims to create an anti-terrorist system in the country by the end of 2022.

Reform of the SBU shall convert it into an analytical service whose purpose is prevention rather than punishment. However, regardless of the reform, the quality of analytical capabilities lies in training, technology, and experience. How to make the system work against terrorism, not as a mechanism to deal with the opposition, as in Russia, or  blackmailing business  as in Belarus? This is where the experience of the EU and NATO are needed.

We have already taken the first steps for this. First of all, it is the adoption of the laws on the SBU and on state secrets. This will be a key step in the implementation of ANP 2021 in the field of counter-terrorism, and will make our system transparent and compatible with the intelligence services of most EU and NATO countries. In the future it will increase its cooperation with the Center of Excellence for Defense Against Terrorism (COE-DAT). For example, it is currently participating in several training courses, and are not systematic.

However, the most important thing is to create a common security system on the continent. Added to the existing infrastructure of the European Union will allow Ukraine to become one of the founders of a new European security architecture refers to the three main institutions of the security strategy of the EU:

The Radicalization Awareness Network (RAN) is a network for the development and research on the prevention of extremist sentiment in the EU.

Alliance of European Cities against Violent Extremism – the structure works with local authorities, in particular in cities, to improve security infrastructure at the local level.

Expert Group Senior of  the European Commission on radicalization  – it is a consultancy structure created  to prepare reports and recommendations on the implementation of the policy of prevention of radicalization and extremism.

The inclusion of the Ukraine in these three structures in any format will allow it to become part of the pan-European system of countering extremism. The need to develop separate prevention systems will be reduced, cross-border cooperation will be simplified (which is especially important in the framework of combating recruitment).

But the main thing is that without a European network, Ukraine is unlikely to be able to build its own anti-terrorist infrastructure. At the time of positional war and constant threat from the Russian Federation, the issue of terrorism and extremism will be neither a priority nor physically possible within one country. Anti-terrorism is first and foremost a network protection, and the presence of such an “umbrella” will definitely significantly reduce destabilization risks in Ukraine. Including those coming from the north.

The study was made possible thanks to the support of the Konrad Adenauer Foundation Representation in Ukraine. The views expressed do not necessarily reflect the opinion or position of the Fund. The full research you can find via link