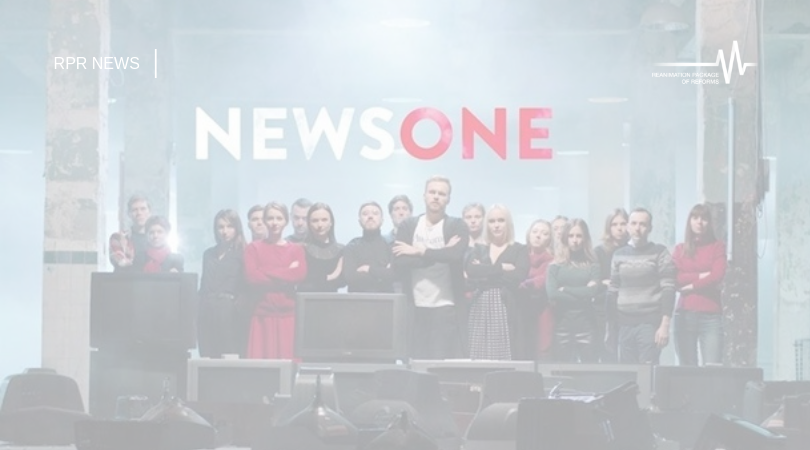 The cancellation of the teleconference bridge between the NewsOne and Russia-1 channels is not about curtailing freedom of speech in Ukraine, but about the national security of the country.

The question posed in the headline can be referred to as rhetorical, if you look at the support on both sides of this announced building.

Russia-1 is the Russian federal state information television channel, which is a member of the All-Russian State Television and Radio Company.

Russia is a recognized aggressor and invader state in Ukraine. In the United States, the Russian media have repeatedly been obliged to register as “foreign agents”. In fact, they were recognized as the representatives of the RF Government, rather than as the independent media financed through budget.

NewsOne, along with 112 channel and ZiK, is part of the integrated media holding owned by Viktor Medvedchuk, Russian President Vladimir Putin is the godfather of his daughter. NewsOne has been repeatedly exposed to sanctions by the National Council of Television and Radio Broadcasting. And, according to monitoring surveys by NGOs, at the last presidential election, it was the most loyal to the political party candidate from among its managers, and the coincidence is that he was the very same father of the godchild of Vladimir Putin – president of the aggressor and occupying country.

It should be remembered that broadcasting of the TV channel Russia-1 and many other television channels of the country-aggressor has been prohibited in Ukraine since 2014. That is, NewsOne, together with Russia-1, stated that it was preparing for a deliberate violation of the information legislation of Ukraine at the very least.

If put together a jigsaw puzzle, we will see that this is not a teleconference bridge between “ordinary people”, but a radio communication between the subversive group in the rear of the enemy and the headquarters. However, it is taking place live in order to demoralize this enemy. So, this story is no longer about freedom of speech, but about the information security and security of the country in general.

We saw the result of many years of omissions in this area by our government bodies and regulators during the annexation of Crimea in 2014. Russia seized most of the local population without any shot using a variety of information tools long before the military invasion.

This precedent needs to be considered from many respects. On the one hand, it is a study, intelligence of the mood of society and the work of law enforcement agencies. Will they let set a precedent and platform for success and follow-up or not? On the other hand, it is a win-win special operation for the Russian Federation and their satellites in Ukraine, which, regardless of the reaction, gives them bonuses during the election campaign. If we let them do this – we will see a choreographed show, otherwise – we are observing the situation now. Statements on the persecution of freedom of speech and violation of journalists’ rights.

On the third hand, this is another marker that reminds us of a bunch of gaps and flaws in our legislation. During the five years of the war, we only managed to write two really great documents (approved by the National Security and Defense Council decisions and enforced by presidential decrees) on cyber and information security in 2016-2017. The first one is the Cybersecurity Strategy of Ukraine (Decree of the President of Ukraine dated March 15, 2016, No. 96/2016) and the second one is the Doctrine of Information Security of Ukraine (Decree of the President of Ukraine dated February 25, 2017, No. 47/2017). However, the overwhelming majority of their content was not implemented.

Draft laws in this area offered by the authorities, provided that we need a microscope, a sensitive mechanism that would balance many interests, always looked like an ax. And they were exposed to justified criticism from human rights defenders and generally people with common sense.

Occasional changes to the legislation have little effect on the situation. The National Council of Television and Radio Broadcasting according to its authority, would have to wait for the program itself and respond only after that. This is the legislation we have in the field of information on the 5th year of Russian aggression against Ukraine, one of the main elements of which is disinformation and manipulation.

Criminal cases, as a preventive measure in such cases, also look like intimidation or preventive conversations. If we have a look at the SSU’s appeals in response to these events, they mention changes in the legislation several times. Without them, we will continue to extinguish the fires rather than create our own information agenda.

This attempt to get hooked on Ukraine drifting away from the media space of the invading county was unsuccessful. But the question “who would do anything and what would they do and is it worth it?”, if they were not such notorious TV channels, and if the event had not been announced by a person who frankly hates Ukraine, remains open.