Reanimation package of reforms > News > Uncategorized > New Electoral Code Will Not Change the Electoral System at the Next Parliamentary Rlections, – RPR Experts 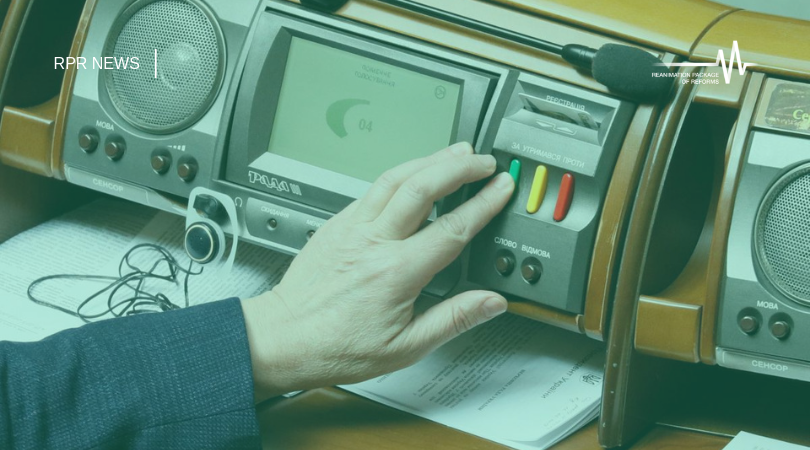 New Electoral Code Will Not Change the Electoral System at the Next Parliamentary Rlections, – RPR Experts

On July 11, the Verkhovna Rada adopted a new Electoral Code which introduces a proportional electoral system with open lists. It establishes 27 electoral regions where parties will offer their lists of candidates. Voters will vote for a political force and, if they want, for one of the candidates from the party. The 5% threshold remains in force.

Despite the adoption of the new Electoral Code by the Verkhovna Rada, the next local and parliamentary elections will be held under the old electoral system, stressed Yuliia Kyrychenko, member of the RPR Board.

“The Electoral Code was approved with a revision which postponed the entry into force of the Code till December 1, 2023. The next parliamentary election should take place in October 2023, local elections in 2020. Therefore, the next elections will be held in accordance with the old laws, in particular, the parliamentary election will be held under a parallel system where the single-member component remains. In fact, the Code had been adopted, and we are holding elections according to the old rules,” says Kyrychenko.

The postponement of the new Electoral Code was an objective necessity, believes Oleksii Koshel, Chairman of the Committee of Voters of Ukraine: “Although I thought it would be postponed until 2020. After all, there were a lot of complaints and criticisms of the law on local elections. Therefore, I believe that next year’s local election could be held according to the system proposed by the Electoral Code.”

According to him, the new Electoral Code does not introduce new voting mechanisms for Ukrainian citizens abroad.

“Because of this, we lose a few million votes at every election. For a person to vote, he/she needs to first apply for consular registration, and then take a long journey again – to vote,” says Koshel.