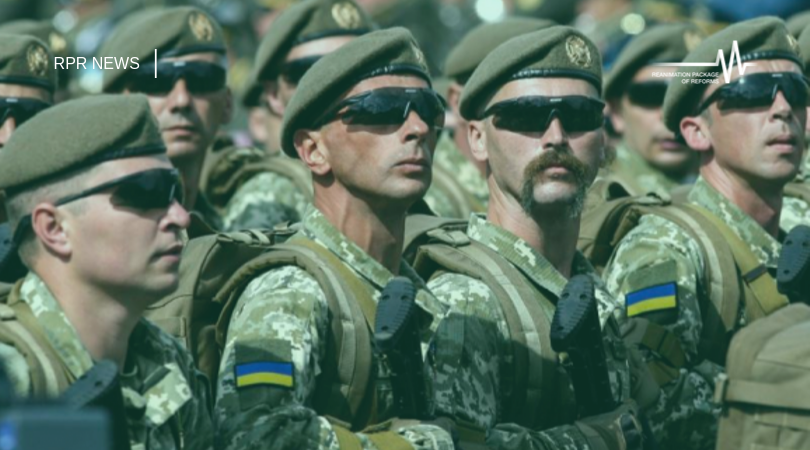 The discourse of Euro-Atlantic integration of Ukraine has been practically in place since the beginning of independent Ukraine. Increased support for joining the Alliance by the Ukrainians, as well as political support for Euro-Atlantic integration, enables Ukrainian authorities to forge a path to gaining Alliance membership. For now, we will not be focusing on external accession factors; instead will talk about the accomplishment of Ukraine’s “home assignments”. And the implementation of NATO standards is the most public and relevant task.  They are often associated with the combat capability and capacities of the Ukrainian forces. This is also an important indicator for the Alliance as it shows the compatibility of the Ukrainian army with the forces of the Alliance. However, what are NATO standards and what has already been done in this area? The Institute tried to explain the basic concepts and indicators of standardization.
We received requests from the Ministry of Defense and analyzed the Alliance’s official documentation. It should be understood that standardization documentation is a set of different types of documentation which is practically impossible to be presented in a single article. In our case, the main source of standardization analysis is the Matrix of responsibility for processing and deciding on the implementation of NATO standards (hereinafter referred to as the “Matrix”), and as for the NATO documentation, we analyzed the Directive for the Production, Maintenance and Management of NATO Standardization Documents (hereinafter referred to as AAP-03 (k)).

The Matrix allocates responsibility for their processing to the military management bodies and standardization organizations of the Ministry of Defense and the General Staff of the Armed Forces of Ukraine. The key question is what a NATO standard is. The terminology of this concept varies considerably in the society. However, there is a fairly clear definition cited in AAP-03 (k): NATO standard should be understood as a standard developed and promulgated in the NATO standardization process. [1]

At the same time, according to the law of Ukraine “On Amendments to Certain Laws of Ukraine on Military Standards”, the “NATO standard” is referred to as a standard developed, adopted and published by the North Atlantic Treaty Organization. [2]

This duality in interpretation indicates the complexity of understanding “standards”. However, this is only the tip of the iceberg.

As already mentioned, the Matrix is the main document on the implementation of NATO standards in Ukraine. Therefore, we should first look at its structure. The Matrix comprises 2059 documents. According to the MoD, this figure includes 1040 standardization agreements (STANAG), 903 individual documents individual or covered by agreements ot NATO standardization recommendations, 52 NATO standardization recommendations (hereinafter referred to as STANREC), 64 standards documents (SRD). Added to this is the fact that STANAG documentation may include certain supporting or supplementary documents – Alied Publication, which may be subject to change even while the agreements remain unchanged. This makes it possible to promptly adjust standards and agreements to the realities of today’s challenges, but for aspirant countries (including Ukraine), this reinforces the need for ongoing monitoring of Alliance decisions.

How many standards have been adopted?

Since independence, 174 NATO standards have been implemented. However, this figure does not cover the proportion of supporting documents adopted or NATO policy guidelines (policies, directives (e.g. APP-03 (k)) elements, etc.). This is not a low figure, but there is an obvious need for a large number of documents to be implemented.

What are NATO standards?

NATO standardization is a process that is implemented in any NATO activity. NATO standards are generally classified into three areas [3]: administrative, operational and material.

Operational standards are NATO standardization documents that detail conceptual, organizational or methodological requirements that enable institutions, organizations or forces to fulfill their functions or tasks;

Material standards are NATO standardization documents that set out common technical requirements for materials throughout its lifecycle. The material may cover systems including consultation, command and control (C3) systems, weapons systems and subsystems, interfaces, assemblies, components, spare parts and supplies, including ammunition, fuel and inventory;

Administrative standards are NATO standardization documents that help the Alliance in governing in various fields, including (but not limited to) terminology, finance, human resources, and military ranks.

What areas are the standards applied in?

The official classification and division of standardization spheres is undoubtedly important in the workflow. But its complementarity does not allow the public to clearly understand the scope of the standards. For better understanding, the Institute has identified 14 areas of adopted standards that cover: common NATO standards, military logistics, fuel and lubricants, military police, ammunition, military clothing, repair of weapons and military equipment, cartography, armaments and military equipment, communications and automated control systems, diving operations, medical supplies, radio-bio-chemical protection and ecology, unmanned platforms.

As you can see in the infographic, most standards concern weapons, equipment, military uniforms, and training and implementation of strategies for the military. These include change in the uniforms (notable for most people) and aspects such as the participation of Ukrainian troops in NATO’s Sea Breeze, Rapid Tradent exercises, which would be impossible without NATO standards.

The concept of NATO standards varies greatly in Ukrainian public discourse, though it has a clear definition in the Alliance’s documentation. However, the volume of regulatory documentation, the process of approximation of the laws of the aspirant countries create conditions for the loss of the link between the legal definition of standards by accompanying documents, despite their importance in the process of integration into the North Atlantic security system. The Ukrainian way of applying NATO standards is dynamic and has a positive dynamic, but often public discourse causes problems with the interpretation of basic concepts. A great deal of work is still to come, as most standards are not yet adopted. The importance of understanding these aspects improves both the assessment of the situation with integration and provides an opportunity for further development and improvement of synergy between the public sector and civil services in the implementation of Ukraine’s Euro-Atlantic course.
[1] AAP-03. DIRECTIVE FOR THE PRODUCTION, MAINTENANCE AND MANAGEMENT OF NATO STANDARDIZATION DOCUMENTS. Edition K Version 1. FEB 2018