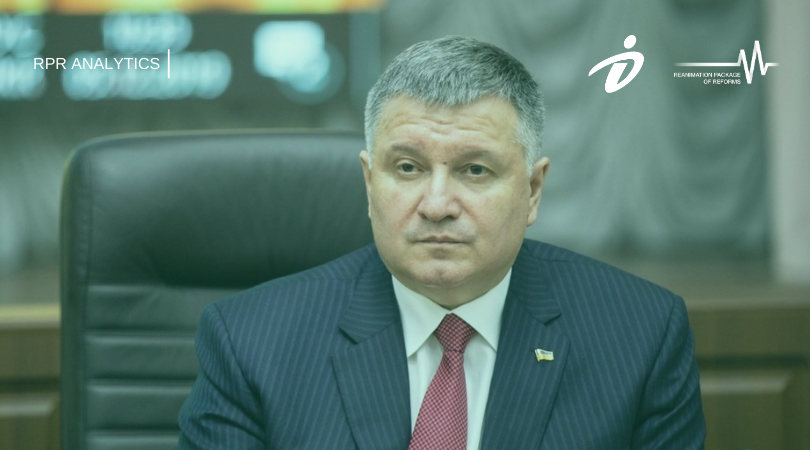 • Most Ukrainians share a negative opinion of the work of law enforcement officials. In particular, the Minister of Internal Affairs Arsen Avakov has the highest balance of positive/negative assessments:  -52%, the director of the National Anti-Corruption Bureau of Ukraine Artem Sytnyk – -41%, the head of the Specialized Anti-Corruption Prosecutor’s Office Nazar Kholodnytsky – -40%, the Prosecutor General Irina Venediktova – -39%, acting Chairman of the State Bureau of Investigation Oleksandr Sokolov – -33%, Chairman of the Security Service of Ukraine Ivan Bakanov – -30%.

• At the same time, a significant proportion of citizens do not even know who heads law enforcement agencies. The most recognizable is Arsen Avakov – only 3% of respondents have not heard of him, and the most unknown is the acting DBR chairman – 37% of respondents know nothing about Oleksandr Sokolov.

Comparing the balance of the trust to the law enforcement agencies themselves and the balance of positive/negative assessments of their leaders, we can see the following features:

• The assessments of the management of all these law enforcement agencies show a relationship between a positive assessment and the political preferences of citizens. Voters of the “Servant of People” party are most positive about law enforcement officials, and supporters of the “Opposition Platform – For Life” share the most negative attitude, with the exception of European Solidarity, whose voters have the worst attitude toward the SBU and the Prosecutor General’s Office.

• Leaders who were appointed for the first time under President Zelensky (Bakanov and Sokolov) are less well known and have a better balance of assessment than leaders who were appointed before Zelensky (Avakov and Sytnyk). Thus, it can be argued that the positive assessment of the SBU and SBI leaders is largely an advance from Zelensky’s supporters. In the absence of results of their work, the balance of positive and negative assessments will deteriorate over time.

Accordingly, there is a threat that the actions of law enforcement agencies will be assessed by different groups of society not from the perspective of the rule of law, but from the standpoint of compliance with the political goals of certain political forces and political leaders.

At the same time, the ruling majority should have no illusions: the majority of the “Servant of the People” voters gave a negative assessment to all law enforcement agencies, as do other citizens.

The transformation of law enforcement agencies into instruments of political struggle may not consolidate, but split the “Servant of the People” voters and turn the majority of society against the government, and even provoke active resistance.

Ukrainians feel calmer in their communities than in the country

• Citizens’ opinions on changes in security and public order over the last 12 months (from June 2019 to July 2020) have divided. 43% of respondents believe that there were no changes at all, and 44% – felt the changes for the worse. Only 9% noticed positive changes and about 4% hesitated to respond.

• In the regional context, it can be seen that the most negative assessment of changes in the country as a whole is reported by the residents of the southern regions (59%), and the western regions have the largest share of those who believe that nothing has changed, – 52%.

• An interesting paradox was observed in the South: residents of the southern regions more often than others complained about the negative changes in security and order in the country as a whole, while in their communities and near their homes, they were the most frequent changes in the last 12 months.

The greatest social tensions due to the deterioration of security and public order were observed in the eastern regions: residents of the East report about share low safety assessments in the country in general combined with a poor perception of the safety situation assessments in their social environment. That is, the gradual or sudden deterioration of the criminogenic situation in eastern Ukraine can be used to impose the view that there is a connection between poor governance, the state of war, and the lack of order and security in the settlements.

In conclusion, it should be noted thatfor the purpose of better evaluation of the perception of security and public order, targeted research should be conducted in the southern and eastern regions, which would be designed to identify the most vulnerable areas and show how residents of certain communities perceive law enforcement initiatives and activities.

• When choosing among the possible answers to the reasons for the illegal behavior of law enforcement officers, citizens most often emphasized the following: the confidence of perpetrators in their own impunity (42%), officers who committed violations have corrupt supervisors (38%), imperfect legislation, lack of severe penalties for violators (36%) and a conspiracy of silence within law enforcement agencies and protection of violators by their management (35%).

• The positive factor so far is that citizens do not link law enforcement crimes to the negligence of senior management or the merger of law enforcement agencies with criminal structures. Thus, timely, adequate, rigid and consistent response of law enforcement officials to the crimes of their subordinates remains a point to start building public confidence in the law enforcement system in general and individual bodies in particular.

• Another important area of ​​building such trust is the introduction of sufficient legal safeguards to deter the emergence and spread of illegal actions by law enforcement officials, break the conspiracy of silence, and ensure the quality and impartiality of investigating the crimes that have provoked a strong public response.

Crimes that worry citizens the most

• Among the problems of their cities and villages that require the attention of law enforcement agencies, the surveyed citizens included the following: drug distribution (40%), drunk driving (38%), hooliganism (37%), corrupted officials (25%), burglary (25%), theft in public places (21%), fraud (21%). At the same time, answering the question about the problems that law enforcement agencies are coping with to a certain degree, 21% of respondents named hooliganism, 16% – driving under the influence of drunk drivers. 33% of Ukrainians believe that law enforcement officers can not solve any problems; another 27% could not answer.

• In the regional context, we can see the following trends: the majority of respondents from the southern (59%) and eastern regions (54%) complained about the distribution and use of drugs; the problem of hooliganism was more often mentioned by residents of the East (43%), as well as by the residents of small towns (with a population of fewer than 49 thousand people); looting of private homes was more often mentioned in the southern and eastern oblasts (29% and 31% respectively);  fraud is of greater concern to residents of eastern Ukraine (32%); Residents of large cities (27% in cities with more than 1 million people and 28% in cities between 100,000 and 1 million people) and in central oblasts (26%) more often complained about thefts in public places. Interestingly, the corruption within authorities officials is also most often reported by residents of large cities (39% in cities with a population of over 1 million and 30% in cities with 100,000 to 1 million people).

Direct and purposeful work to reduce the level of a certain type of crime in regions and oblasts of the country, especially in the East, will help not only to improve the general criminogenic situation but also to strengthen the position of the state as a whole. It is also important to pay attention to targeted preventive, informational, and educational work with citizens on the prevention of certain crimes (fraud, looting of homes) and ways to interact with law enforcement agencies to prevent them.

The nationwide survey was conducted by the Ilko Kucheriv Democratic Initiatives Foundation in cooperation with the Razumkov Center sociological service from July 3 to 9, 2020, via face-to-face interviews at the respondents’ place of residence. 2022 respondents aged over 18 y.o. were interviewed in all regions of Ukraine, except for Crimea and the occupied territories of Donetsk and Luhansk oblasts, based on a sample representative of the adult population according to the key socio-demographic indicators. The theoretical sampling error (excluding the design effect) does not exceed 2.3% with a probability of 0.95.

The survey was funded within the MATRA project of the Embassy of the Kingdom of the Netherlands.