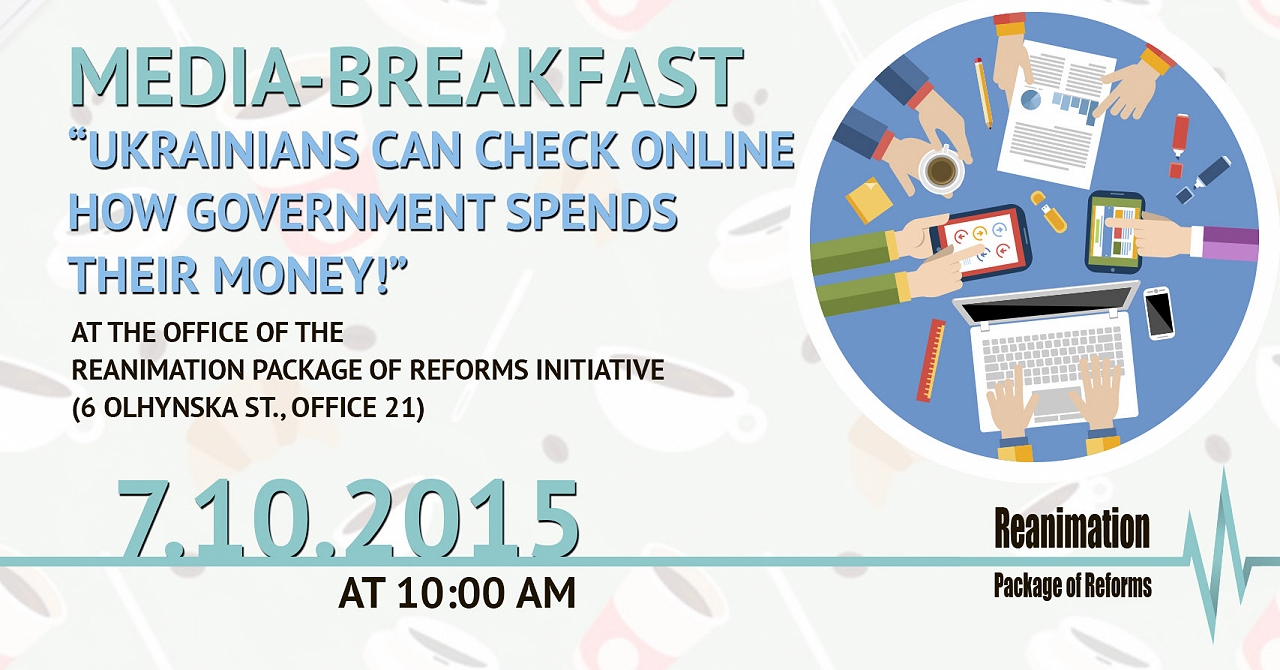 Kyiv, Ukraine – On October, 7th in the Reanimation Package of Reforms office a media-breakfast

Viktor Taran and Viktor Maziarchuk  discussed with foreign correspondents and the

transparent use of public funds as well as presented the new web-platform e-data and its benefits.

usually very huge and difficult to understand. The developed system is free for any city and implies

simplified visual form of local budget presenting to the public. The data concerns not only the

by years or expenditures per person. Also there is a so-called “budget calendar” with specific dates

integrated portal on public funds use developed in cooperation with Ministry of Finance. This new

made by state-owned and public utility companies. The platform will be supplemented by data on

KPI (key performance indicator) that demonstrates success of any budget event. The project is

Experts noted that all these measures were made in order to increase public involvement, influence

and control in the field of local budget formation, as well as decrease the corruption level. Now

they can clearly see, monitor and analyze data related with public funds.

“We are going to engage more new territorial units to transparent use of public funds, but in this

case the political will of newly elected authorities is required”, – noted Mr Taran.

“Now we are organizing special trainings for media workers, representatives of CSOs and public on

how to use web-portal and analyze its data. There would be no system changes without system