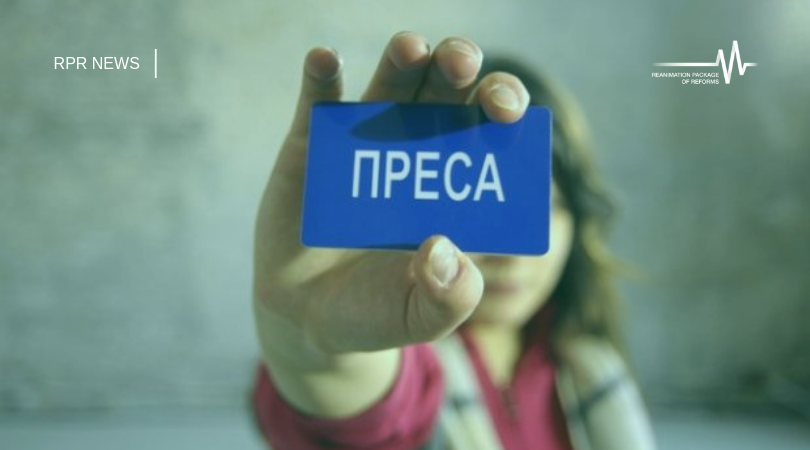 Media agenda for the new Parliament

Despite the skepticism voiced by various experts, the past 5 years have been quite successful in the media environment. The new parliament will inherit the launched reforms that need tuning or completion, as is the case with media denationalization.

At the same time, the Verkhovna Rada of the 9th convocation faces new challenges which it should start addressing as early as on the first day of its mandate.

In particular, RPR-Media Team experts have developed and updated an agenda for the parliament, which, along with proposals in other areas, will soon be forwarded to the newly elected MPs. These are markers that show problems that need to be fixed.

Each change and reform should answer the question: what the problem is and how we are planning to solve it. Such problems are both historic, because the paradigm of the media environment was formed back in the 1990s, and modern – there are challenges that require response and new solutions.

One of the major challenges is the adoption of a new regulatory framework for the audiovisual sphere.

In 13 years since the last major (and horrific) change to the Law on Television and Radio Broadcasting, Ukraine has started using IPTV, OTT, VoD, social media have exploded, GooglePlay, iTunes, Netflix, etc. have appeared, and we are still using the technological thinking of the 1950s and broadcasting old-fashioned TV programs.

Moreover, the Association Agreement, or the EU-Ukraine Trade Agreement, directly obliges us to harmonize our legislation with the EU’s Audiovisual Media Services Directive.

What should the new law give us? First, focus on technology rather than services. Second, approach liberalization. Anything which is not on air should go through the registration process and we should do so based on the principle of other services – through an online account rather than piles of paperwork.

Another story is a change in the role of the regulator, National Council of Ukraine on Television and Radio Broadcasting.

Recent elections have shown that the regulator lacks the proper tools to respond to violations of the media law: either sanctions are not in place, or their application is completely ineffective.

The regulator needs to understand what is going on, balance interests, ensure market transparency – and punish when broadcasters start blatantly disinforming viewers or showing content not appropriate for children at children’s timeslot.

Yes, I fully share the fears of experienced market players that we can create a monster. That is why a culture of co-regulation should be introduced when the media begin to assume and abide by their obligations.

After all, there is nothing stable, and even the rights need to be protected on a daily basis, not just on paper.

By the way, in the context of the regulator, the authorities connected with the media should be cleared: the State Committee for Television and Radio Broadcasting should be eliminated and it is also necessary to determine which body will develop information policy strategy, especially external policy.

Moreover, we have to get ready for the establishment of a convergent body, a kind of Ukrainian Ofcom (Office of communications), which should combine the functions of the National Council and the National Commission for the State Regulation of Communications and Informatization.

The third story is deoligarchization. Here we need cross-industry solutions to track sources of media finance, especially from the aggressor’s territory, and to protect media from being used as an element of unfair competition in other markets.

Access and personal data sphere need to be updated, in particular in connection with the adoption of the EU Regulation on the protection of personal data and problems that have arisen in the process of implementing the system of access to public information.

We would also want the President’s Office and Parliament to adopt the Tromso Convention on Access to Official Documents as soon as possible.

For Ukraine, this is, first of all, the issue of image, since the convention has already been largely implemented in the law. But to become a country to put the convention into action – such opportunities are rare.

Creating an information commission or a commissioner will also make things simpler, as this body will have an educational, mediator and sanction function. This will make the system effective, in particular if there are no simple answers.

Public broadcasting is constantly getting a beating, because in the age of infotainment nobody cares what is going on behind the scene. Everyone wants to see a beautiful bright picture. And behind the scene, the Augean stables have been cleared out for the third year in a row – from the staff optimization (to reduce its number from the population of a small town to two subway trains) to the transition to the 16:9 aspect ratio. And such absolutely boring things as land registration, property, copyright.

All of this is invisible work that is done daily, but it is ugly and uninteresting. To make it nice, we need to launch not only branches, but also the flagship channel UA:Pershyi – make nice news, add more interactivity and programs that are fun to watch.

This needs financial and human resources, therefore sustainable financing is vital. This is one, though not the only, factor in a good KPI. But the rule is simple: “let’s see the color of your money first” rather than “learn to swim first and then we will pour some water”, as was the case for the past 3 years.

The 2019 election campaigns have shown that the Internet has become no less influential than the TV during the election.

An updated Facebook ad library tool has shown that five to six-figure amounts (in USD) were spent daily to promote parties and candidates. After adding traditional media costs, the cost of advertising campaigns will make seven to eight-figure sums.

Big money distorts elections turning them into an auction “who will pay more to buy voters’ brains”. Moreover, some of these costs are in the gray area.

As a solution, the ceiling should be introduced: the maximum amount that can be spent on campaign. In addition, it is necessary to develop legal framework for cooperation with Facebook, Google and other players to control advertisers both in terms of advertising costs and additionally in preventing hate speech.

Third-party support groups that will be able to place advertising to support a candidate, provided they register, should be legalized.

In the context of the Internet, in addition to elections, we have a few things to do.

Secondly, it is necessary to determine a qualitative, effective procedure by which Ukraine will counteract Russian aggression. Both through co-regulatory mechanisms and through sanctions.

Media should also be held accountable for spreading disinformation, which is particularly abused by a number of Ukrainian media. Here we have to invent a wheel and here we are, in fact, all alone.

Against the background of these challenges, we have not yet been able to ensure a proper ecosystem for the media sector. Ukraine, with its great potential in the IT sphere, may well be able to integrate into the global trends, but we will clearly do better if we finally clear the backlog.

Ihor Rozkladai, for the UP