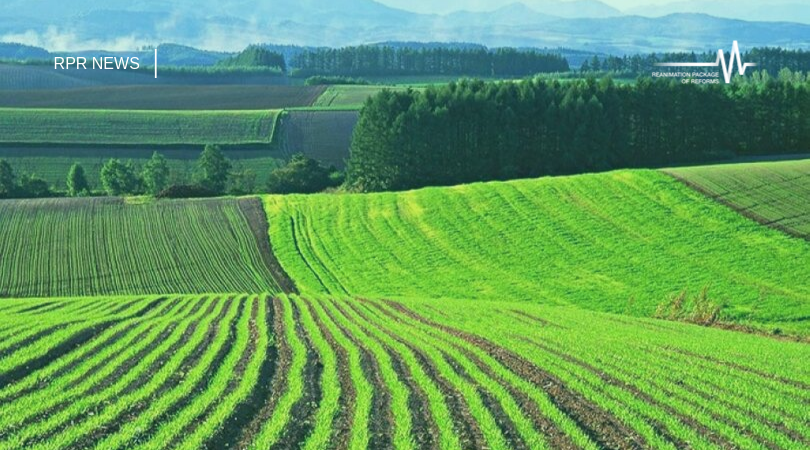 The government promises that the land market will be launched in Ukraine soon. Who will benefit the most – businesses, government or landowners?

After 18 years of promises Ukraine is finally going to launch the land market – the newly elected President of Ukraine Volodymyr Zelenskyi, members of the pro-presidential faction in parliament and representatives of the new government have repeatedly stated this. Moreover, statements of the authorities imply that the implemented market model will be quite liberal in nature, allowing for the purchase of land by a maximum number of subjects and applying a minimum number of restrictions.

So who is who in the future land market, what are the interests and concerns of each actor, and who will benefit the most from the market launch?

Interaction between agricultural market actors after the moratorium is lifted

The largest group of people involved in land reform in Ukraine is landowners. These are about 7 million Ukrainians who, as a result of land parceling in the 1990s, have acquired more than 70% of all agricultural land in Ukraine. And it makes about 30.5 million hectares.

The transfer of land to private ownership was to become an act of restoring justice after the illegal collectivization of all agricultural land in the USSR. But, despite obtaining title to the land, landowners were limited in their ability to fully exercise such right. Introduced as a temporary measure in 2001, the moratorium on the sale of agricultural land deprived the rural residents of the opportunity to sell their land plots. Moreover, the landowner cannot use the land as collateral with the bank to obtain a loan.

Thus, instead of restoring social justice, 7 million Ukrainians have acquired illiquid assets. Given that about 75% of them do not work in agriculture, and more than half are elderly people, perhaps the only way to get at least some benefit from the land was to lease it. At the same time, due to the impossibility of alternative use of the asset, the lease price in Ukraine is incredibly low, even in comparison with the former socialist countries of Central and Eastern Europe with which Ukraine was in a level playing field after the collapse of the USSR.

Comparison of the annual lease of 1 ha of land in the EU and Ukraine, USD

Given all of the above, landowners are the stakeholder group most affected by the moratorium. Launch of the market will allow owners to sell the land or use it as collateral for a loan. Moreover, free circulation of land will increase lease received by lessors, because in the presence of alternative ways to use the asset, rural residents were in stronger bargaining position rather than businesses. Even now we can state that the opening of the market will inevitably have a positive impact on the well-being of landowners.

According to the State Statistics Service, more than 45,000 business entities are engaged in agricultural production in Ukraine, most of which (57%) cultivate up to 100 hectares of land[1].

In 18 years, businesses have adapted to the specific market conditions: due to the enterprise’s inability to own large volumes of agricultural land, they mainly operate on leased land. As of 2019, about 5 million lease agreements have been executed in Ukraine, most of them are for a term of 8 to 10 years.

The moratorium seriously affected the efficiency of doing business by Ukrainian agricultural enterprises. Lack of title to land and limited access to financing, due to the moratorium, do not allow domestic producers to catch up with the European countries in terms of efficiency. Ukrainian farmers and companies use on average 4 times less fertilizer per hectare of agricultural land than EU countries. A business model based on a limited-term lease rather than a property right also results in more short-term planning and avoiding more profitable multi-year crops. As a consequence, the proportion of high-margin crops in the overall structure of production is four times lower than in European countries.

Comparison of land use efficiency in Ukraine and EU

The lifting of the moratorium on the sale of land can lead to an increase in the costs of enterprises for land resources, in particular after the lease expires under current contracts. Potentially, the biggest risks are associated with small farmers who have a much lower ability to attract external financing than medium and large producers.

At the same time, the newly-appointed Government made it clear that support for farmers is one of the priorities in implementing the reform. The introduction of financial instruments that will increase the competitiveness of small farmers, without distorting market mechanisms and without reducing the price, will maximize the effect, ensuring its fair distribution among all market actors.

In addition, lifting the moratorium could give impetus to the development of agricultural enterprises, which has been lacking for 18 years of stagnation. Declining profitability as a result of rising land costs will encourage companies to look for ways to optimize their operations: from entering foreign markets to transition to growing more high-margin crops.

Thus, despite the presence of risks and increased costs, the prospect of lifting the moratorium may help to increase the efficiency and profitability of Ukrainian agricultural enterprises.

In the context of the land market, the state can be considered from three points of view: as a market regulator, as a landowner and as a party that represents the interests of society.

The main body of executive power in the field of land relations is the newly created Ministry of Economic Development, Trade and Agriculture, which shapes and implements state agrarian policy, as well as oversees the State Geocadastre. Under the moratorium, the State Geocadastre has concentrated in its hands a large number of powers: from disposal of state lands to control of their use, as well as maintenance of the State Land Cadastre. The concentration of this amount of authority adversely affects the effectiveness of the structure. For example, the State Geocadastre makes a decision on transferring public land to the citizens of Ukraine under free privatization. It is clear that, given the limited land available, obtaining a free plot is associated with enormous corruption risks. The State Geocadastre does not cope with land registration as well: according to experts, up to 1/3 of the inventoried lands are not recorded in the State Land Cadastre.

The solution that will overcome the inefficiency of the State Geocadastre is the decentralization of its functions. Local authorities can dispose of agricultural land and make records in the Land Cadastre much more efficiently. In 2018, the Government has already decided to transfer land outside the ATCs to communities, and this process should continue. The State Geocadastre, devoid of management and control functions, might be transformed into a body whose main task is to serve all market participants by providing cadastral information in open access.

In addition to the regulatory function, the state also acts as one of the landowners. Currently, about 25% of all agricultural land is still under state and municipal ownership. Some of these lands are leased, some are reserve lands, the rest are used by state-owned enterprises. For example, the National Academy of Agrarian Sciences of Ukraine, through its enterprises, manages about half a million agricultural lands, which is comparable to the largest agricultural holdings of Ukraine.

Statistics shows that public lands are used much less efficiently than private property. State-owned enterprises generate much less revenue per unit of land in use. In addition, state-owned land is often the object of “shadow lease”, resulting in Ukraine losing millions of hryvnias of the state budget. That is why the problem of inefficient use of state-owned land should be one of the key priorities of land reform.

Finally, if we consider the state as the embodiment of the interests of society, lifting of the moratorium will allow Ukraine to significantly accelerate its economic growth. The open market will lead to an increase in landowners’ spending who will be able to sell their asset at a fair price, will help to increase investment in the industry (both domestically and on the part of foreign investors) and significantly increase tax revenues to the state budget, both from land transactions, and the overall increase in business activity.

That is why the Government’s priority should be to develop such a model of the land market that will ensure the biggest increase in GDP, as well as to introduce mechanisms that will take into account fair distribution of this increase among all market actors.