Reanimation package of reforms > News > Events > Local Elections Will Require Changes to the Electoral Code and the Constitution, Experts Say 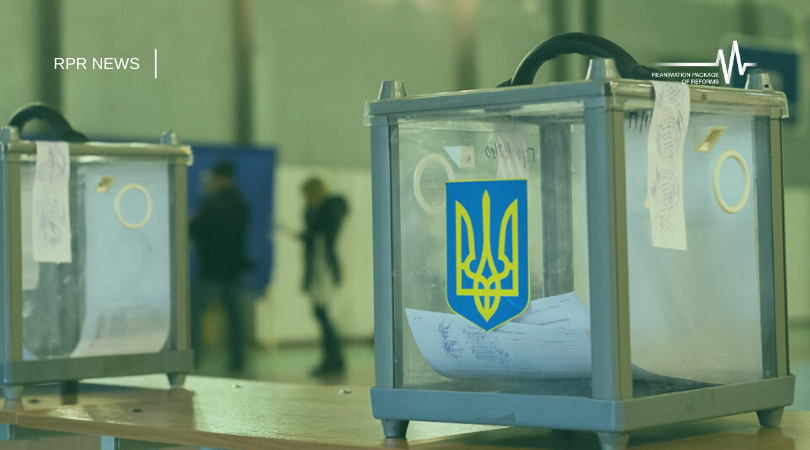 Local Elections Will Require Changes to the Electoral Code and the Constitution, Experts Say

Why is the new Electoral Code an important but insufficient step in electoral reform? How to limit the influence of oligarchs on elections? What are the challenges of the October 2020 local elections? This was discussed by the participants of the online event “Regional Discussion of Reforms: On the Road to Vilnius” on the topic of electoral reform organized by the RPR Coalition on April 23.

The new Electoral Code is not a panacea

The adoption of the new Electoral Code is one of the steps towards the implementation of electoral reform. But the code itself is not a panacea for this reform, in particular, it does not address the issue of combating corruption in elections. Co-author of the draft of the analytical brief “Electoral Reform”, chairman of the board of the OPORA Civic Network Olha Ayvazovska remarked on this.

“The Electoral Code contains progressive aspects, such as the introduction of CEC territorial and regional offices, digital technologies in the electoral process, training for members of the commissions, accessibility of the electoral process for people with disabilities, but it will not be possible to fully implement them under reduced funding,” – says Ayvazovska.

She recalled that on April 22, 2020, the profile committee of the Verkhovna Rada supported the bill #2769 on reducing the amount of bail in local elections: 4 minimum salaries for every 90 thousand voters, not 10 thousand, as it is now set. Now the final word is on the MPs who have to consider the bill on April 24.

Current Challenges to Electoral Reform presented in the Brief:

Money is a key issue in electoral campaigning

The election campaign is an extremely expensive phenomenon, because of which political forces can depend on their sponsors, says co-author of the brief, Head of the Rule of Law Center for the Center for Democracy and Rule of Law, Nadiia Shuvar.

She proposed to weaken the influence of large businesses on the election through changes to the Electoral Code: to set monetary and time limits for election campaigning.

Schuvar called for the elimination of mandatory state compensation of the media advertising expenses for election winners.

“After the last parliamentary elections, the state had to reimburse almost $ 500 million in expenses to the political forces. 18% of this amount is the cost of advertising in the media,” says the expert.

And cash in the elections does not serve as a filter of quality and number of candidates.

“The state should return the bail not only to the election winners, but also to those candidates and parties who did not win, but enlisted a certain level of voter support,” – summarizes Shuvar.

The main challenge for the next local elections to be held in October 2020 is the completion of the territorial-administrative reform. The CEC member Andrii Hevko spoke about it.

“Holding local elections on the old territorial basis is a crime. After all, it will be necessary to spend additional funds on new elections in the formation of new united territorial communities,” – Hevko points out.

The completion of the territorial-administrative reform will also reduce the number of territorial election commissions, which will save some of the money. However, due to the lack of funding for the 1 billion UAH local elections, it may be necessary to cancel Precinct Election Commissions members’ wages altogether. Moreover, quarantine elections require additional funding.

“Under the new code, the election of the local head must be financed from local budgets. But the issue of financing has not yet been resolved,” Hevko adds.

Holding local elections without changes to the Constitution gives rise to the existence of new territorial entities (OTGs) together with the old institutes (district councils), said the Executive Director of the Ukrainian Independent Center for Policy Studies, Svitlana Kononchuk.

“The issue of holding elections of district councils remains open,” she says.

Kononchuk called it strange that there were two different electoral systems in the local elections:

How not to lose the votes?

Oleksiy Koshel, Director General of the Committee of Voters of Ukraine, drew attention to the possible loss of “dozens of per cent” of votes through the complicated ballot form introduced by the new Electoral Code.

Also, a large part of the votes is lost in the foreign constituency

“About 2 million Ukrainians cannot vote abroad, because it is necessary to get to the Ukrainian embassy or consulate,” Koshel said, offering to allow these citizens to vote by mail.

According to him, the lack of funding for local elections could completely drive the salaries of PEC members “into the shadows,” and they would be entirely financially dependent on political forces.

“Gender quotas must be maintained, the suffrage of internally displaced persons and other persons with disabilities should be guaranteed,” the expert said.

Read also:  “Regional Discussion of Reforms: On the Road to Vilnius” on the topic of economic reforms by the RPR Coalition on April 9