Reanimation package of reforms > News > Analytics > Level of Recognition of Russia as a Party to the Conflict has Increased in Donbas, Conclude the Social Studies 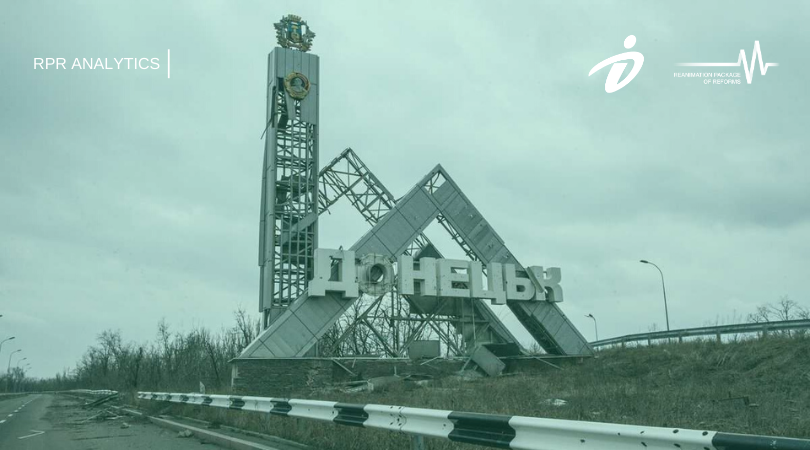 Level of Recognition of Russia as a Party to the Conflict has Increased in Donbas, Conclude the Social Studies

In Donetsk and Luhansk regions, the share of those who consider Russia to be a party to the conflict in Eastern Ukraine has increased: from 57% to 76% and from 41% to 47% respectively, compared to the end of 2018 survey. This is evidenced by data from a poll conducted by the Ilko Kucheriv Democratic Initiatives Foundation and the Center for Political Sociology (with the involvement of the Ukrainian Sociology Service network in March 2020).

At the same time, the share of those who do not consider the Russian Federation as a party to the conflict in the Donetsk region decreased from 23% to 12%. However, in the Luhansk region, the share of people with this opinion increased from 31% to 39%.

The opinions of the Donetsk and Luhansk citizens on the existence of war between Russia and Ukraine differ greatly. While 64% of Donetsk region respondents agreed with the fact of war, only 38% of Lugansk respondents agree with this point of view, while 43% disagree with a similar question.

However, almost the same proportion of residents of Donetsk (50%) and Luhansk (49%) oblasts believe that for the sake of peace, compromises must be made, but not all of them. Almost one in three Donetsk citizens (27%) believe that peace in the Donbas can only be established from a position of strength. While in the Luhansk region, only 7% of respondents believe this.

Almost two-thirds of Luhansk respondents (71%) call direct negotiations with the leadership of the so-called “L/DPR” an acceptable compromise for ending the war in the Donbas. Whereas this offer is acceptable for only half of Donetsk citizens (49%). However, an equal proportion of residents of Donetsk and Luhansk regions (60% each) called it an acceptable compromise to amend the Constitution to grant the status of a second state Russian language.

Half of the residents of Donetsk and Luhansk regions (55% and 50% respectively) see as an unacceptable compromise the announcement of complete amnesty to participants of hostilities against the Ukrainian military. But in the other compromises, the opinions of the inhabitants of the two regions differ significantly. More than half of Donetsk citizens (68%) oppose local elections on the conditions of fighters, while in the Luhansk region this opinion is held by only a third of the population (35%).

Also, more than half of the Donetsk citizens (60%) consider it unacceptable to form police, courts and prosecutors’ offices in non-controlled territories exclusively from local representatives. However, only one in three (30%) share this opinion in the Luhansk region.