Reanimation package of reforms > News > Columns > Land market: Lithuania and the Netherlands were not afraid of foreigners 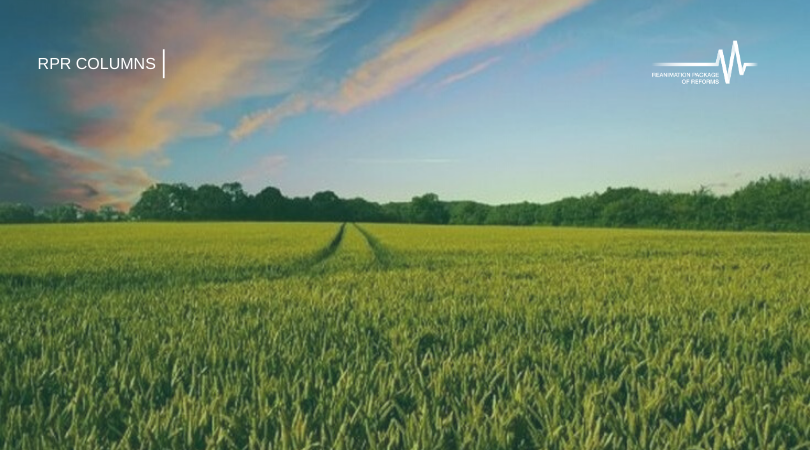 Land market: Lithuania and the Netherlands were not afraid of foreigners

After the launch and liberalization of the land market in Lithuania, land share prices increased by 12 times, and in the Netherlands, they became the highest in Europe.

In recent months, Ukraine has been actively discussing the lifting of the moratorium on the sale of agricultural land and the opening of a land market. The land issue is controversial. Therefore, it is the subject of political speculation and populism. Let’s look how European countries dealt with this issue, in particular, analyze the experience of opening a land market on the example of Lithuania and the Netherlands.

Prohibition of the sale of agricultural land to citizens: Yes

Prohibition of the sale of agricultural land to foreigners: Yes

In Ukraine, there has been a moratorium on the sale of agricultural land since 2002. It was taken as a temporary solution to prevent abuse and speculation until the formation of the land market. Since then, landowners have not been able to exercise their ownership of a land asset, which limits their possession of private property. The moratorium prohibits the sale of land to both Ukrainian citizens and foreigners.

The state has formed its own shadow market for the sale of land through numerous gray schemes. The lack of a transparent and open market does not allow a real market price to be formed through the mechanism of interaction of supply and demand.

In August 2018, the decision of the European Court of Human Rights in the case “Zelenchuk and Tsytsyura v. Ukraine” entered into force. The court recognized the moratorium on the sale of agricultural land as the violation of human rights. ECHR also ruled that the state does not achieve a fair balance between the common interests of society and the property rights of the applicants. This fact once again demonstrates that the moratorium is rather directed against Ukrainian interests and is not a tool for their protection.

In November 2019, the Verkhovna Rada approved in its first reading draft Law “On Amendments to Certain Legislative Acts of Ukraine Regarding the Turnover of Agricultural Land”. It provides for the lifting of the moratorium on the alienation of agricultural land from October 1, 2020.

It also makes it possible to sell lands to Ukrainian citizens from October 1, 2020, but prohibits this for foreign legal entities until 2024. This reduces the level of potential investment in Ukraine from foreign companies. In the context of access to the market by foreigners, a large number of speculations about the so-called “sale of Ukraine” appeared.

However, it hushes up the fact that the opening of the land market using the liberal model does not oblige landowners to compulsory sale their plots, but only gives them the right to do so.

Prohibition of the sale of agricultural land to citizens: No (there are restrictions)

Prohibition of the sale of agricultural land to foreigners: No (there are restrictions)

Lithuania is similar to Ukraine in relation to the land issue. Its history also included the Soviet past, collectivization and the collapse of the socialist system. Land reform began with the return of land to former owners in the 1990s. The 1991 Law on Land Reform provided for the restoration of property rights (restitution) and the introduction of the possibility of purchasing land.

In 2003, an interim law “On Acquisition of Agricultural Land” was adopted, which significantly liberalized the process of concluding transactions on the transfer of ownership of agricultural land.

On May 1, 2014, a ban on the sale of land to foreigners was lifted in Lithuania. There was a national discussion about the destruction of agriculture as a result of a purchase of land by foreigners. The Lithuanian government has adopted a number of restrictions on the area, special permits and land prices.

Individuals could buy land from the state and individuals, provided that the total land area of ​​one person does not exceed 500 hectares. Legal entities could acquire no more than 2000 hectares of land. In addition, individuals must have the necessary professional skills and qualifications, and young farmers under 40 years old must obtain permission from the National Land Service.

In 2019, Lithuania is completing the implementation of land reform. About 70% of agricultural land is privately owned. Land market reform has liberalized and formalized operations with the purchase/sale and lease of land in Lithuania. Now the market is open, although with some restrictions.

Dynamics of prices for 1 hectare of agricultural land in Lithuania, EUR

Prohibition of the sale of agricultural land to citizens: No

Prohibition of the sale of agricultural land to foreigners: No

The purpose of the fund was to solve problems in the post-war period and reduce the extremely large fragmentation of land plots. State policy was focused on providing financial support to unprofitable farms. Later, the government began to deregulate the market, closed the Fund, and land prices rose rapidly.

The country has no restrictions on land ownership for foreign individuals and legal entities. Everyone can easily purchase a plot in the Netherlands. There is also no price regulation. The country has an open platform for collecting information “Kadaster Online” with land prices, information about owners and notarial acts. Information is public, and access to it can be obtained after payment of small charges.

Researchers and government officials often cite the Dutch Diamond cooperation as an example. This is the cooperation of the government with researchers, public organizations and the agricultural sector to develop this sector. There are affordable credit programs for the development of agriculture, it is possible to use your plot as collateral.

Stability, continuity, a good investment climate are the components of the success of the Netherlands in the land aspect. As a result, the price of land in the Netherlands is the highest in Europe.

Dynamics of prices for 1 hectare of agricultural land in the Netherlands, EUR

Actually, the experience of European neighbors proves the effectiveness of an open and fully functional land market. It is obvious that in Lithuania and the Netherlands there was no massive land acquisition by foreigners, citizens remain owners of their country, and the price of their land assets is growing steadily every year.

For Ukraine land reform is a key change that will help millions of Ukrainians regain their ownership.