Reanimation package of reforms > News > Columns > Land Market from the Servant of the People: Victory or a Step Backward? 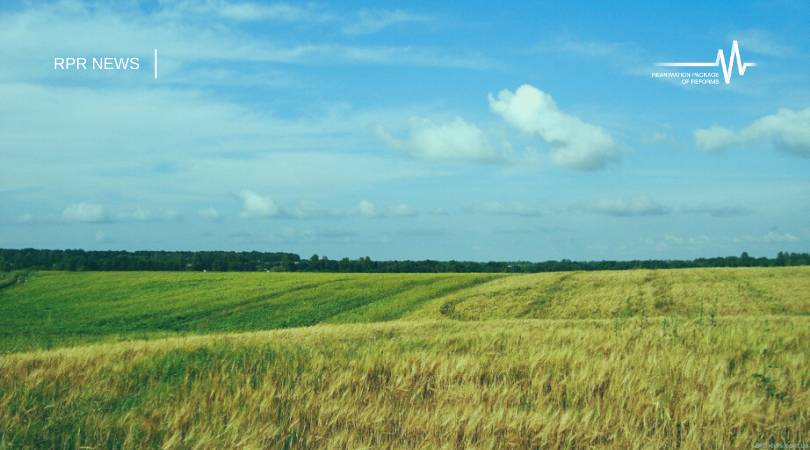 Land Market from the Servant of the People: Victory or a Step Backward?

The Verkhovna Rada adopted in the first reading bill No. 2178-10. Is this the first step to opening a land market in Ukraine. Or not?

The Verkhovna Rada of Ukraine adopted in the first reading bill No. 2178-10, lifting the moratorium on the sale of agricultural land. This is a bill from the pro-presidential party “Servant of the people”. The Committee on Agrarian and Land Policy recommended the parliament to take this bill as a basis, and not bill No. 2178, which was developed by the relevant Ministry and registered on September 25 by the Cabinet of Ministers in the Verkhovna Rada.

LIGA.net, as part of an information partnership with EasyBusiness and the Coalition of Reanimation Package of Reforms, publishes a material in which Dmytro Lyvch explains what is the difference between government and committee bills?

It seems that over the past few months, the Government has done more than for the previous 18 years to open the land market. In December 2018, people’s deputies once again voted to extend the moratorium for a year, but today it is clear that the sale and purchase of land will be available from October 2020.

The first full-fledged bill on agricultural land turnover No. 2178 was developed by the relevant Ministry, and on September 25, the Cabinet of Ministers of Ukraine registered the draft law with the Verkhovna Rada. In Ukraine, the discussion about the model of the future market has intensified. Deputies intensively began to register their draft laws, and, the bill from the “Servant of the People” received serial number 10. The Committee on Agrarian and Land Policy recommended the Verkhovna Rada to take this bill (No. 2178-10) as a basis.

There are several changes in the deputy bill in comparison with the priority plans of the government. At the same time, this can significantly affect the course and results of the reform.

Firstly, the conditions for lifting the ban on the alienation of agricultural land have changed. Government bill No. 2178 provides that from October 1, 2020, the right to buy agricultural land will be granted to Ukrainian individuals and legal entities – in particular, the founders of which are foreigners and stateless persons.

The greatest resistance of Ukrainian agribusiness, especially farmers, was caused by the fact that de facto foreigners will be able to buy Ukrainian land. In search of a compromise in bill No. 2178-10, deputies noted that legal entities founded by foreigners and stateless persons will be allowed to buy land only after 2024. This rule does not apply to legal entities with a foreign share in the capital if they have already used land plots on lease or emphyteusis and registered in Ukraine for three years.

Secondly, they revised the restrictions on land concentration in the ownership of one person or company. In the government concept, the restrictions concerned two points: the level of the whole country – not more than 0.5% of the total agricultural land, and the region – not more than 15% of the total land. In the deputy bill, the regional limit was reduced to 8% and an additional restriction was established – up to 35% of agricultural land within the framework of one united territorial community.

Other minor changes to the bill relating to land prices in the exercise of pre-emptive rights at auctions and the interaction of state registries.

Why is it worth letting foreigners into the market

The public resonance was caused by the provision of the government bill on allowing foreigners to buy land. Tons of myths about greedy foreigners, who have been waiting for the opportunity to capture Ukrainian black soil for 18 years, are launched into the information space. So what will the limitations in the option proposed by the “servants of the people” lead to?

Owners of land shares will suffer from the non-admission of foreigners to the market. By prohibiting non-residents from buying land, we limit demand. And this will lead to a lower asset price. First of all, not the owners of the plots win. Companies that rent land cheaply will benefit. They will be joined by speculators interested in buying land at a low price and reselling at a higher price after 2024. The landowners themselves will again be left with an undercapitalized asset.

Common opinion: if landowners are not satisfied with the current price, they will wait for 2024. But since most landowners are elderly, such proposals sound cynical.

The slowdown in the development of the agricultural sector and the economic growth of the state is a possible result of the prohibition of foreigners on the market. An economic miracle is impossible without foreign investment, and foreigners need to invest in something specific. This will be investments in Ukraine. By closing the market from non-residents, people’s deputies restrict foreign investment in one of the most attractive assets in Ukraine.

In addition to funds, a foreign resource also includes effective production practices, investments in infrastructure, etc. Foreign capital may become the engine of development for the Ukrainian sector, which, due to the moratorium, loses to Europe in productivity. If renting is the only way to carry out agricultural production for foreigners, you can forget about investing in infrastructure or technology. No owner will invest in improving someone else’s asset, which can be alienated after the lease expires.

Of course, the provisions of bill No. 2178-10 do not completely exclude foreigners from the Ukrainian land market. Such barriers only increase the costs of lawyers, who can still circumvent legislation. The gray land market has been functioning for all 18 years of the moratorium, and continues to work now. Foreign investors value their reputation and generally do not use shadow schemes to buy land. Therefore, such provisions do not protect Ukrainian land from foreigners, but only scare away investors with a solid reputation.

Draft Law No. 2178-10 contains another additional discriminatory provision. According to it, legal entities with foreign founders registered in Ukraine who rented land before the law came into force – but not individual entrepreneurs without Ukrainian citizenship, will be able to buy land. So, if you are a foreigner and have been farming in Ukraine for 20 years without registering a legal entity, the access to the land market is closed for you.

Thus, succumbing to the protests of Ukrainian farmers, deputies of the “Servants of the People” introduced amendments to the bill that significantly affect the welfare of landowners and the economic effect of the reform.

What to do with area restrictions?

Another important change in the updated bill is the restriction on the concentration of land in one hand. Initially, restrictions were introduced at the level of the united territorial communities.

Area restrictions will negatively affect the value of land, as it limits demand. Nevertheless, it is important to ensure competition without monopolizing the industry. Given this, deputy bill No. 2178-10 is effective, because it sets restrictions on the concentration of land within the united territorial communities. Indeed, the purchase by one company of the entire land mass in the community is quite possible and can lead to negative consequences. If the local landowner is the main employer and taxpayer in the municipality, he has a lot of leverage over local governments.

In both bills there is a provision on limiting the area of ownership at the country level: 0.5% of the total area of agricultural land. This provision is not entirely clear, because 0.5% of agricultural land in Ukraine is 200 thousand hectares of land. If the company can reach such a limit, then this will not happen soon.

Today, only five Ukrainian agricultural holdings have a land bank that exceeds this limit. The largest landowner of Ukraine – the Kernel company – processes 530 thousand hectares. If any company redeems its entire land bank, the share of its land will be about 1.5%. It is difficult to answer why the concentration of land resources by 1.5% is more dangerous than 0.5%. At the same time, the company is unlikely to be interested in expanding such a voluminous land bank after the repurchase. Moreover, in recent years we have seen a decrease in the total share of land in the use of the 100 largest agricultural holdings in Ukraine. Companies are intensifying their business by investing in technology rather than land.

The restriction of ownership at the country level causes additional disadvantages: according to an expert from the Council of Europe Anatoly Miroshnichenko, if the information on the total area owned by the company is difficult to track, notaries can refuse to register land sale contracts. They are reinsured in case of violation of the law.

So, if it is still advisable to limit the area at the local level, then to limit it at the level of Ukraine is rather a populism.

What results to expect from the launch of the market?

The bill from the deputies of the “Servants of People” is far from ideal, and in conditions of public pressure – this is a single concept that can be implemented.

Based on the dynamics of land prices in the EU countries, according to the deputy model, you can count on such a cost of land on the Ukrainian market after its opening.

A significant increase in land value should be expected from the fourth year after the launch of the market. According to the latest information, it is then that foreigners are planning to be allowed into the market. For the tenth year, the price will reach $ 4,500. And after the introduction of a liberal model of the land market without restrictions, the price is likely to reach its maximum value.

For the overall economic effect, the Committee’s model could bring Ukraine an additional $ 49 billion of GDP over 10 years. At the same time, the effect of the reform will be lower compared to the adoption of a liberal market model without restrictions.