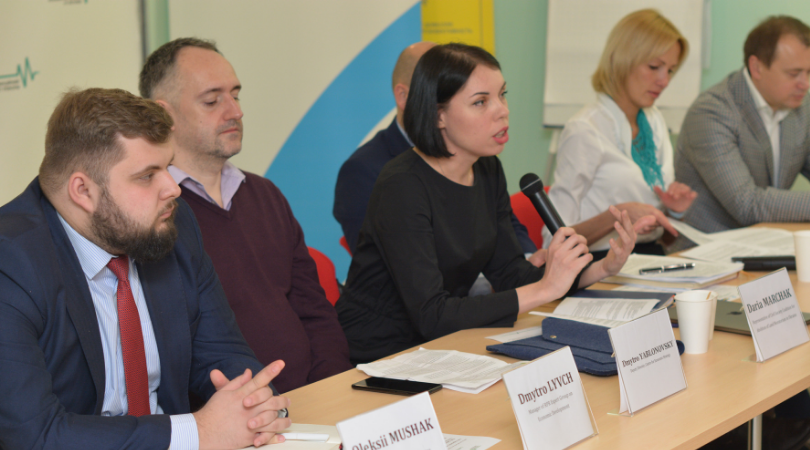 Moratorium on the sale of agricultural land seriously limits the potential of the Ukrainian economy and the rights of its citizens. In the absence of political will, in order to overcome this long-term problem, it is necessary to actively engage the international community in the discussion of the prospects of land reform implementation. This was the subject of discussion during the diplomatic breakfast “Land Reform: Agenda for 2019”, which took place on Wednesday, March 20, at the RPR office.  The event was organized by NGOs Coalition Reanimation Package of Reforms in partnership with the Center for Economic Strategy. The event was attended by diplomats, representatives of the IMF, the EU, the Government and the Verkhovna Rada.

Moratorium on agricultural land sales and a lack of land rights creates a “glass ceiling” for the development of the agrarian sector in Ukraine and leads to significant losses in potential revenues in both the state and local budgets, according to Dmytro Yablonovskyi, deputy director of the Center for Economic Strategy. The lifting of the moratorium on land sales will be a step that will encourage better financing for farmers, more efficient use of land, and provide additional fiscal benefits for the state financial sector.

The lack of a market makes long-term investments in irrigation, technology and “precision agriculture” impossible and deprives business of the property rights guarantees without which it is difficult to talk about further rapid development of the agricultural sector, added Alex Lissitsa, President of the Ukrainian Agribusiness Club: “Agribusiness faces a lot of risks, in particular, weather, access to money, relations with lessors, external markets situation, etc. The emergence of the land market eliminates at least one of them.”

Lack of rights to land hinders the development of farming and preserves the extensive manner of doing business in the rural area, said circulation Dmytro Lyvch, EasyBusiness project manager, manager of the RPR Economic Development expert team. It also makes it impossible for the owners of the land plots to receive fair returns on the possession of land resources.  “This is confirmed by the ECHR judgment in the case Zelenchuk and Tsiytsiura v. Ukraine – the land plot owners lose their income and realize this,” remarks expert.

Olha Balytska, a member of the Kyiv City Council, PwC Legal in Ukraine real estate practice manager, who advocates in the court the right of one of the farmers to purchase a land plot, referring to the judgment of the European Court of Human Rights, stressed that if the situation change and introduction of the land market does not come through the mechanisms of political decisions, the public and businesses will try to do this through the judicial branch.

However, technically, preparation for the land market introduction has been carried out, said Oleksandr Zhemoida, Director General of the Directorate for Strategic Planning and European Integration, Ministry of Agrarian Policy and Food of Ukraine. According to him, the registration and inventory of state-owned land are now underway. According to the State Service of Ukraine for Geodesy, Cartography and Cadastre (StateGeoCadastre), more than 14 million hectares are to be inventoried, of which 3.55 million hectares are agricultural land.

It’s becoming harder to look for votes in the Parliament to extend the moratorium, believes Oleksii Mushak, MP of Ukraine (Petro Poroshenko Bloc), member of the Committee on Agrarian Policy and Land Relations: “But nobody knows what the next Verkhovna Rada will look like, and therefore we should not put things on a back burner and work very actively with all political forces now. Especially since the working group of the Parliamentary Committee has developed its own draft law”.

In general, the issue of the land market is not a matter of policy, but a question of the development of the agrarian sector, the development of local communities, and the development of the economy as a whole. there is an increase in public support for the land market introduction despite the reluctance of politicians to talk about the market, summed up the discussion Daryna Marchak, representative of the Public Coalition for the abolition of moratorium on the sale of agricultural land: “The public in Ukraine has two ways to fight for moratorium lifting and the introduction of land market. The first one is work through the courts. The second one is the formation of a public debate as to what the market should look like, and pressure on all branches of power to present its vision of the land market.”