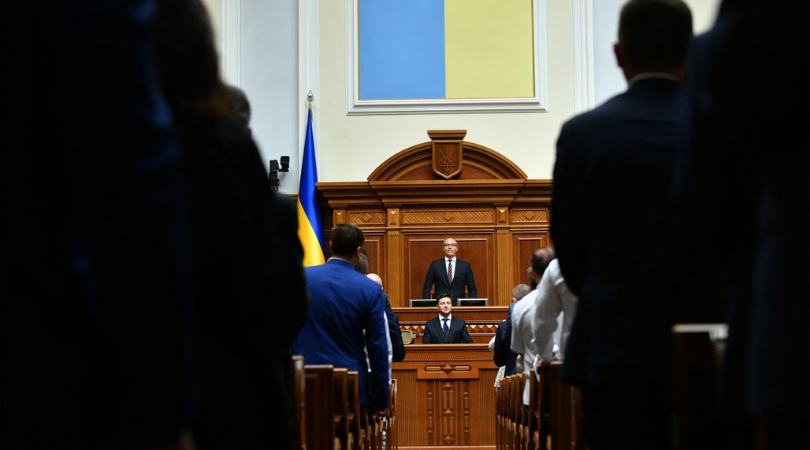 We, the representatives of NGOs, have been actively defending the sovereignty of Ukraine and its national interests in the global information space over the last 5 years and counteracting Russian aggression in the information field. Being engaged in different areas, we are working both on strengthening the civil society and establishing high-quality state institutions capable of constant dialog with the citizens, openly and responsibly reforming the country, making it more resistant to threats.

Our principles and positions remain unchanged. We see our mission in protecting those values that have become the choice of Ukrainian society during the Revolution of Dignity. These include freedom and dignity of humans that take center stage, Ukraine’s independence and protection of Ukrainian statehood, democracy, patriotism, courage, responsibility and honesty as the basic qualities of Ukrainian citizens.

We remain politically unbiased, but are concerned about the first decisions of the newly elected President. Unfortunately, they are currently showing a lack of understanding of the challenges faced by the country. We strongly disagree with the President’s desire to surround himself with the representatives of the regime of the former President of Ukraine Viktor Yanukovych, which contradicts the principles of lustration, as well as people without the corresponding competences and those with whom Volodymyr Zelensky has business interests. The last years were too painful for the country for such short-sighted steps to have no consequences. These consequences can become fatal.

As the representatives of civil society, we outline a list of possible “red lines” – if the President crosses them, this will inevitably lead to deterioration in both the internal political and external situation around our country:

Functioning of the State

It is through constructive dialog, which also envisaged timely criticism of the authorities, that we have always strengthened Ukraine’s voice in the world and facilitated the support on the part of our international partners.

The fact of crossing these “red lines” will mean that the President does not seek genuine democratic change, does not want to establish a more honest and responsible governance in spite of the fact that he promised this during the election.

Yevhen Stepanenko, head of the Social Theater, host of the program “War and Peace”

Yurii Makarov, writer, Member of the Board of Public Broadcasting Company

Union of Writers of Ukraine

NGO “Revival of the East”

Yevhen Mahda, Director of the Institute of World Politics

Center for Analysis and Strategies

Leadership of the Ukrainian-Centered Forces of Ukraine and the Diaspora

Myroslav Marynovich, a former political prisoner, a member of the Nestor Group

Volodymyr Kryzhanivskyi, Vice-President of the Association of MPs of Ukraine, Ambassador Extraordinary and Plenipotentiary of Ukraine

NGO “State and Me”

NGO “Association for Development and Security”

Congress of National Communities of Ukraine

If you want to join the signatories, fill out the form by the link.