Reanimation package of reforms > News > Analytics > “Innocently Killed” Russians and the “Peaceful” Church of the Moscow Patriarchate. Overview of Russian Disinformation for January 2–9, 2023 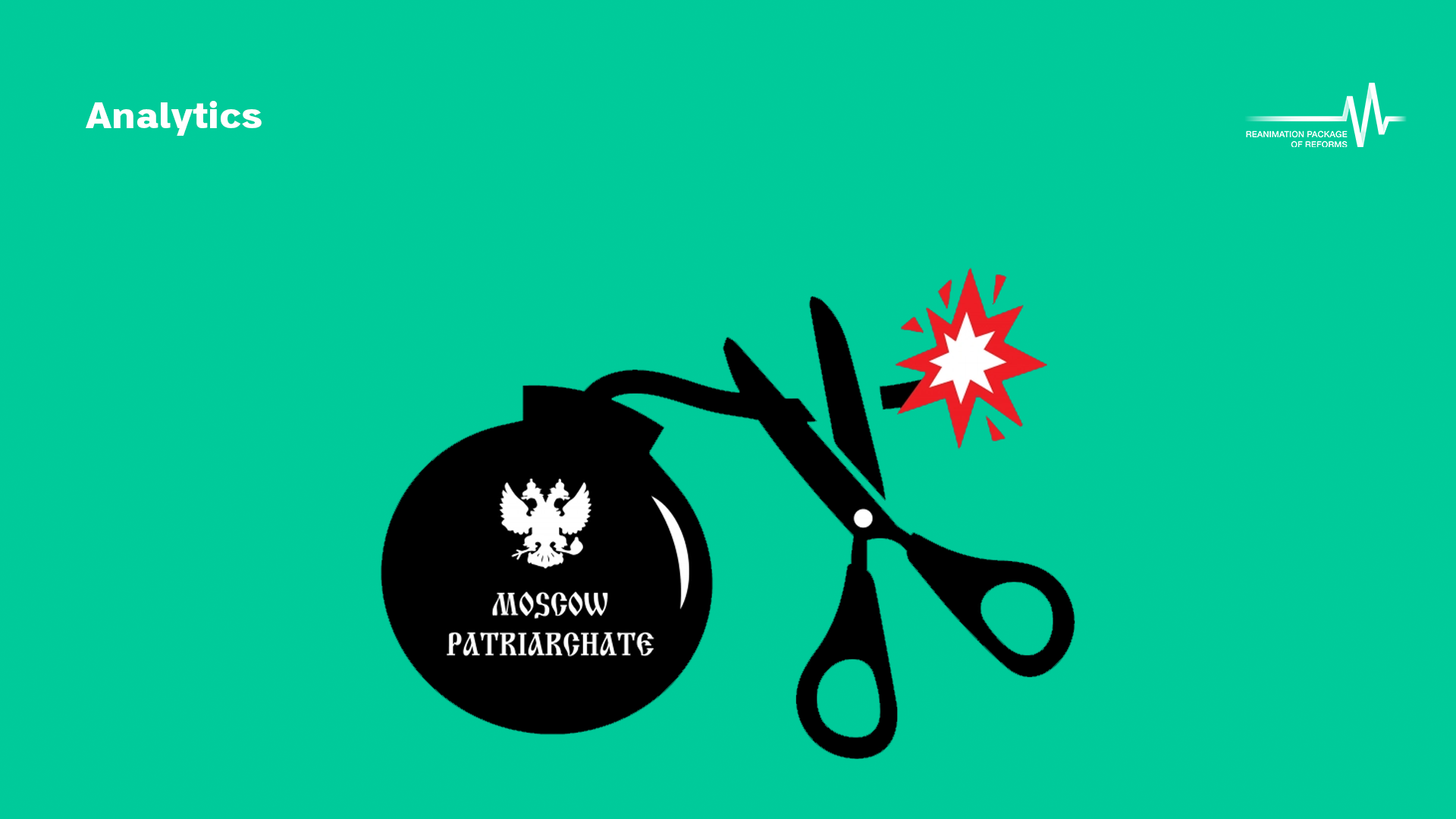 “Innocently Killed” Russians and the “Peaceful” Church of the Moscow Patriarchate. Overview of Russian Disinformation for January 2–9, 2023

Since February 24, Detector Media has been monitoring the Ukrainian segment of social media and documenting the chronicle of Russian disinformation surrounding Russia’s military offensive in Ukraine on a daily basis. Recently, we started making weekly reviews as well. During the week of January 2—9, 2023, Detector Media analysts recorded more than 30 fakes, messages, and manipulations disseminated by Russian propaganda. This week, the propaganda machine promoted “revenge for the criminal strike on Makiivka”, Zelenskyy’s “holy war” against the Church of the Moscow Patriarchate and spread another fakes about Ukraine’s relations with NATO.

New Year 2023 began with air raid alert all over Ukraine around 1 a.m. However, the New Year’s Eve was “alarming” not only for Ukrainians, but also for the invaders. The Armed Forces of Ukraine struck at Russian weapons and equipment depots near Makiivka, Donetsk region. Barracks with Russian servicemen located nearby were also damaged. According to the Ukrainian army leadership, Russia lost several hundred soldiers, several hundred more were wounded. This topic gained publicity in the Russian media, there were accusations of negligence against the Russian military command. The Russian General Staff called the attack “criminal” and again promised “revenge” against Ukraine. Russian propaganda uses “revenge” to justify any missile strikes against Ukraine, even those that were planned long before the event for which they are allegedly taking revenge. Russian propaganda portrayed the dead soldiers as “innocently killed” and called for “revenge” for the deaths of “sons and husbands”. Despite the fact that at the time of their deaths, the armed Russian servicemen were on the occupied territory of Ukraine and were directly involved in the war against Ukraine. Therefore, according to international law, they were a legitimate target for the Ukrainian army defending its territory and its people. However, the Russian propaganda machine, trying to blur the semantics, portrayed the Russian military as victims of “cruel” Ukrainians.

The so-called Russian “retaliation operation” began when the Russians allegedly discovered 700 Ukrainian servicemen in one of the dormitories in Kramatorsk and more than 600 in another.  The Russians launched a missile strike on these dormitories and allegedly killed more than 600 Ukrainians. In fact, the night strike on Kramatorsk damaged the buildings of two schools, 8 apartment buildings and garages, with no casualties. There is no sign or evidence that Ukrainian military were present at these locations.

Continuing their message about “revenge for Makiivka”, the propagandists tried to present the attack on the ice stadium in Druzhkivka as another “victory”. They also allegedly destroyed a large amount of Ukrainian ammunition and soldiers there. According to the Russians, the burnt mattresses seen in the photo served as proof that the ice stadium was the location of the Ukrainian military. In fact, the Russians hit a humanitarian aid warehouse where mattresses and pillows were stored, among other things.

This week, the Russian propaganda machine again accused Ukraine of censoring the media. Allegedly, Russia is not afraid to admit its losses in Makiivka, while the Ukrainian authorities “rejoice” at the shelling of Makiivka, while they are silent about Druzhkivka. In fact, Russia acknowledged the loss of only 89 soldiers out of several hundred. This is one of the largest officially acknowledged single losses of the Russian army during the full-scale invasion.

During the week, Russian propaganda continued to spread messages about the persecution of the Moscow Patriarchate in Ukraine. As part of their campaign, they used the report of an attack on Archpriest Antony Kovtonyuk in one of the churches of the Moscow Patriarchate in the Vinnytsia region. Despite the fact that the investigation was ongoing and there was no official information about the motives of the attacker at that time, the propagandists claimed that the “policy” of Volodymyr Zelenskyy and the “tacit consent” of Ukrainian society were to blame for everything. Propagandists tried to emphasize the importance and “systemic nature” of this standalone crime by referring to this case as “attacks in churches”.

The next stage of dissemination of messages about the hostile attitude towards the Church of the Moscow Patriarchate fell on the celebration of Christmas according to the Julian calendar (January 7). Russians circulated rumors that allegedly Russian Patriarch Kirill (Gundyaev) appealed to “all parties involved in the conflict” and called for a Christmas ceasefire from 12:00 p.m. on January 6 to 12:00 a.m. on January 7. The Russian president allegedly issued a corresponding decree, however, Volodymyr Zelenskyy refused this proposal. According to the Russian propaganda machine, this shows that Ukrainians do not want peace. In fact, a truce is always declared with the consent of both parties, not unilaterally. Moreover, back in December, the idea of a truce for the holidays was rejected by the press secretary of the Russian president Dmitry Peskov. Despite the truce advertised by the Russians, at 12:45 p.m. on January 6, an air alert was declared throughout Ukraine due to the threat of a missile attack. Russian propagandists also speculated that the Orthodox Church of Ukraine (OCU) allegedly does not have permission to hold a service in the Kyiv-Pechersk Lavra on January 7. The Church of the Moscow Patriarchate claimed that Epifaniy’s intention to hold a service in the Lavra was an attempt to “seize it by force”. In fact, the OCU received permission to hold a festive worship service from the Ministry of Culture and Information Policy of Ukraine, which is responsible for the National Kyiv-Pechersk Historical and Cultural Reserve. Subsequently, propagandists claimed that only militants and the media attended the first Christmas liturgy of the OCU in the Kyiv-Pechersk Lavra. They claimed that the rest of the people did not want to participate in the liturgy, because they only recognize the Church of the Moscow Patriarchate, and they regard the Ukrainian Orthodox Church as schismatics. Propagandists use fakes like these to discredit the Orthodox Church of Ukraine, which they consider an apostate church. They claim that no one needs it in Ukraine, its representatives violate the law, etc. Russia is also trying to give the impression that Ukrainians prefer to worship at the churches of the Moscow Patriarchate. In fact, according to a Kyiv International Institute of Sociology (KIIS) survey, 72% of Ukrainians consider themselves Orthodox, and 54% consider themselves to be part of the Orthodox Church of Ukraine.

During the week, propagandists once again manipulated the topic of Ukraine’s relations with NATO. In particular, Russian media claimed that NATO Secretary General Jens Stoltenberg urged the West not to hope for Kyiv’s victory. They alleged that it was necessary to prepare for negotiations, although no date has been set for them. In fact, Stoltenberg said that the West needs to prepare for long-term support of Ukraine because the war is going to exhaustion and will not stop quickly.

The propagandists again spread the message that NATO supplies Ukraine with “scrap”, i.e. old ineffective weapons in order to “clean up its warehouses” and “dispose of old junk”. This message has appeared in anonymous Telegram channels before, but this time, it had a specific source – the Polish website Niezależny Dziennik Polityczny. As the journalists of the Polish portal True Story found out, Niezależny Dziennik Polityczny is another fake website created exclusively to spread propaganda messages that benefit Russia.