Reanimation package of reforms > News > Events > In Ukraine, the Environment is Neglected in the Extraction of Minerals, Say the Experts 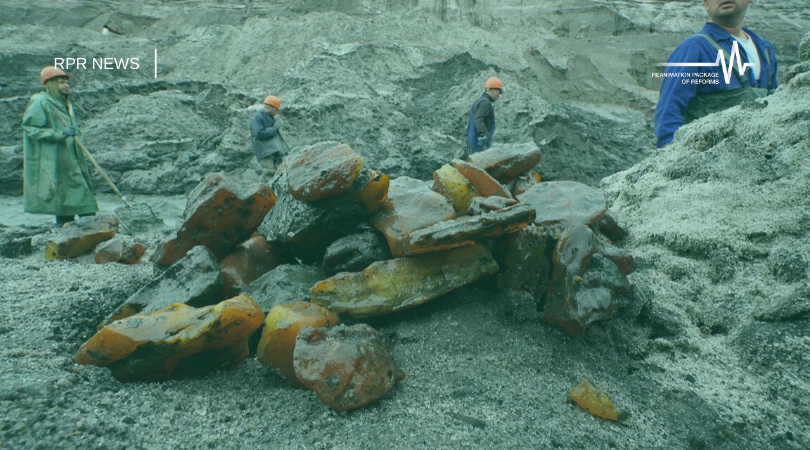 In Ukraine, the Environment is Neglected in the Extraction of Minerals, Say the Experts

What are the consequences of merging Ministry of Ecology and Natural Resources and the Ministry of Energy into one ministry? What are Parliament’s environmental protection priorities? How should responsibility for environmental violations be enforced more successfully? The participants of the online event “Regional Discussion of Reforms: On the Road to Vilnius” spoke on the topic of environmental reform organized by the RPR Coalition on March 26.

The state is pursuing a course in mining without regard to environmental protection. This was stated by Natalia Kuts, legal adviser of ICO “Environment-People-Law”.

From September 2019 to January 2020, the Verkhovna Rada adopted laws governing the functioning of the monitoring system for greenhouse gas emissions; business activities with ozone-depleting substances; unimpeded access of citizens to the coast of water bodies; prohibition of logging in the objects of the nature reserve fund; improvement of legislation on amber production.

These measures address a number of sectoral environmental issues. But the law on the prohibition of continuous felling in the nature reserve fund removes the moratorium on the cutting of main use in certain categories of forests, which negatively affects the conservation of forests. The Amber Extract Act postpones the Environmental Impact Assessment (EIA) after the Production Sharing Agreement (PSA) has been concluded. That is, the permissibility of production will be determined after obtaining the permit for such production.

Presenting the draft of the analytical brief “Environmental Protection”, Natalia Kuts voiced recommendations for horizontal and sectoral changes in this area.

Drafting law on the Emerald Network territories is one of the priorities of the Verkhovna Rada Committee on Environmental Policy and Environmental Management. Yulia Ovchinnikova, the chairman of the subcommittee on forest resources, fauna and flora, natural landscapes and objects of the nature reserve fund, drew attention to this.

“We actively involved public experts in the development of the Emerald Network Bill. We also consulted with international partners,” says the People’s Deputy.

Another of the committee’s priorities was the development of bills on animal identification and registration, protection of wild and domestic animals from ill-treatment and prohibition of the use of wild animals in circuses.

Carrying out horizontal reforms is the solution to 70% of sectoral problems, says Olena Kravchenko, Executive Director of ICO “Environment-People-Law”.

According to her, the work of the Verkhovna Rada Committee on Environmental Policy and Environmental Management is quite transparent, but in this committee, the whole package of waste management laws is “tied up”.

“The committee is now mainly engaged in consultative work (roundtables, discussions with the public, etc.), rather than rulemaking,” Kravchenko says.

The merger of the Ministry of Ecology and Natural Resources and the Ministry of Energy and Coal Industry had a significant impact on the policy of the Government and the profile parliamentary committee in the field of environment. But this practice has already shown its inefficiency, said Director of the Bureau of Environmental Investigation Dmitry Skrylnikov.

“In general, these two parts of the united ministry are working separately. The unification of ministries is clearly not in favour of the environment,” Skrylnikov said.

One joint ministry could have a real impact on the implementation of the National Emission Reduction Plan for large combustion plants. But no significant progress has been made in that direction, says Save Dnipro representative Irina Chernysh.

Thermal power plants are one of the main contributors to environmental pollution. But in Ukraine they produce 40% of the total amount of electricity,” the expert said.

Decentralization reform should be linked to environmental reform, as the role of integrated territorial communities in environmental protection and environmental compliance as a whole is not yet clearly defined. The head of the ecology department of the NGO Ecoaction Olena Miskun draws attention to it.

However, local self-governments have long been virtually ignoring the environmental requirements they have to meet, such as managing household waste and wastewater, said Eco Club expert Andriy Martyniuk.

In her turn, environmentalist of the coalition “It is enough to poison Kryvyi Rih” Anna Ambrosova suggested several important steps in the field of environmental protection:

The importance of ecological control was also mentioned by the deputy of the Mariupol City Council, eco-activist Maxim Borodin: “In Ukraine, it is virtually impossible to bring to justice companies that violate environmental standards.”