Reanimation package of reforms > News > Events > How to complete the decentralization reform? Citizens’ proposals on the priorities of the Ministry of Regional Development 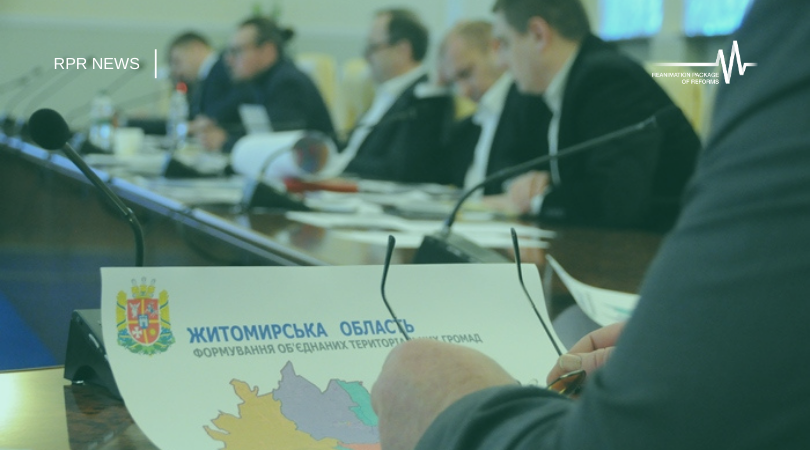 How to complete the decentralization reform? Citizens’ proposals on the priorities of the Ministry of Regional Development

1.2 Creation of independent material, financial and organizational conditions to ensure the exercise of the powers of local self-government (in 2022):

1.3 Creation of legal conditions for involving the residents in managerial decision-making (in 2022):

1.4 Development and improvement of forms of inter-municipal cooperation:

1.6 Solving the issue of openness and transparency of local self-government taxes and fees:

1.7 Improvement of the life, health, rights, and freedoms of the inhabitants of territorial communities (in 2022 – 2023):

1.8 Creation of prerequisites for the organization of local self-government mechanisms to collect statistical data (2023 – 2024):

1.9 Determination of criteria of the local communities’ capacity:

1.10 Participation in the development of amendments to the Constitution regarding the decentralization of power, which will allow for consolidation of the achievements of the local self-government reform and the territorial organization of power (in 2022).

1.11 Bringing basic legislation on local self-government and territorial organization of power in line with amendments made to the Constitution; introduction of the institute of prefects (2022 – 2023).

2.1 Determination of the principles of administrative territorial system of Ukraine:

2.2 Introduction of the State Register of Administrative Territorial Units and Territorial Communities:

In the field of regional development, Vyacheslav Nehoda proposed to increase financing of the State Regional Development Fund (SRDF) from 1% to 3% of the budget, which is envisaged by the draft law No. 4200.

“State and regional strategies of local development are already approved. It is now important to ensure that there are enough resources to implement 250 events envisioned by them,” said the Deputy Minister.

In the field of urban planning, the Ministry is currently working on the completion of the reform of architectural and construction control and supervision: “The relevant draft law will be transferred to the parliament.”

Renewal of state building standards, the general scheme of Ukraine’s planning, urban planning documentation of the regions and territorial communities is also being undertaken.

As for the issue of housing, one of the main priorities is to provide centralized water supply and drainage to rural areas: “In this regard, we are almost at last place in Europe.”

The level of financing of SRDF in the amount of 1% of the budget is not really available in the legislation. Therefore, some projects that should be secured from this Fund, are lacking financing, according to the Director of Science and Development of the Civil Society Institute, Anatoly Tkachuk.

Although in recent years there has been a significant increase in public investment, but because of the lack of strategic planning this has not always been effective.

“From 2015 to 2020 there was a 10 times increase in the sphere of public investment. But in terms of private investment – only 3 times. This indicates an investment of substantial state and local self-government resources. But because of the lack of coordination and strategic planning this has not always been effective. After all, the regions develop their own strategies that cannot be coordinated by the Ministry for Communities and Territories Development,” explains the expert.

Ihor Kolyushko, Head of the Board of the Center of Political and Legal Reform, made a proposal for the Ministry to choose more expedient options for the formation of new areas, which include large cities such as Lviv, Zhytomyr, Kharkiv, Chernivtsi regions. In his opinion, “large cities and large areas vary according to policy directions.”

“In areas where 75% of the inhabitants constitute the city population, the powers of the district council can be transferred to the city council,” the expert offers.

Serhiy Zamidra, Deputy Chairman of the All-Ukrainian Association of the Communities, welcomed the reduction in the excessive focus of the Ministry on the sphere of construction and switching the attention to rural areas.

“We often hear about depopulation of the rural areas, but we do not talk enough about its reasons. This is not a birth rate issue, but a problem of many years of flawed regional policy. In the European Union, 40% of budgets are directed to the development of rural areas: to support the farmers and community development,” said the expert.

According to him, Ukraine has already begun to move in that direction, but so far, the Ministry plans for 2021 include completion of only two tasks concerning the development of rural areas: stimulating the development of information and communication technologies and improvement of medical care.

The Deputy Chairman offered to the government to define who will be responsible for the issues of agricultural development: Ministry for Communities and Territories Development, Ministry for Development of Economy and Trade, Ministry of Agrarian Policy and Food, or the Deputy Prime Minister?

In his turn, Ihor Pilko, an expert of the Ukrainian Association of District and Regional Councils, proposed to finance district councils according to the Polish model, considering the size of the territory and the size of population in the districts.

The discussion was moderated by an expert of the Institute of Political Education, Oleksandr Solontay.

It bears reminding that a public discussion of the Priorities of the Ministry of Environmental Protection and Natural Resources for 2021-2022 took place on March 6.