Reanimation package of reforms > News > Columns > How has situation with PrivatBank changed since Zelenskyi took office? 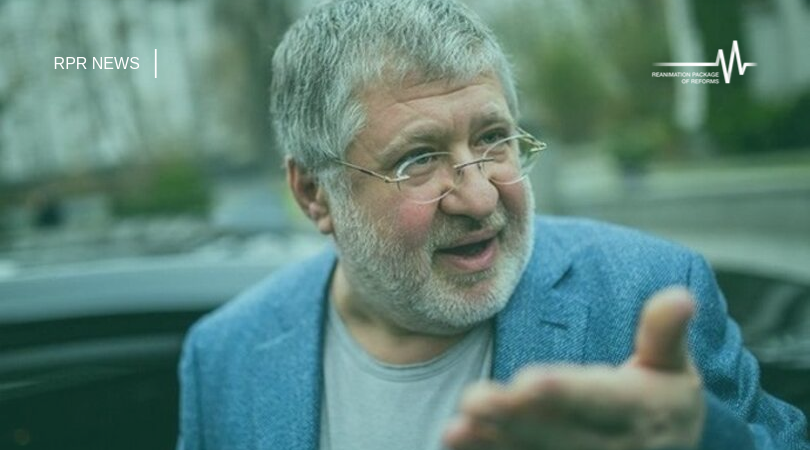 How has situation with PrivatBank changed since Zelenskyi took office?

After LIGA.net published a column on developments around PrivatBank in April, we have seen different changes. The country has a new president, a new government and a new parliamentary mono-majority. While London is deciding whether to pursue the case of PrivatBank on the collection of overdue loans from Kolomoiskyi, we are kept in suspense in Kyiv. We mean the last court instance (cassation in the Supreme Court) by court decisions, on an inspection at PrivatBank on the eve of its withdrawal from the market, as well as today’s session of the Commercial Court of Kyiv on the invalidation of the sale of PrivatBank to the Ministry of Finance. The events surrounding the nationalization of the country’s largest bank will still be as difficult to predict as in the spring.

The former owner of the bank – Ihor Kolomoiskyi – began to appear on TV channels and in the media more and more often, which was not the case before. It is not easy to interpret these activities. This may, on the one hand, indicate how important it is for Kolomoiskyi to repair reputation and prepare public opinion for the final resolution of the PrivatBank’s issue ahead of nationalization being declared illegal. Or, on the contrary, he may be trying to persuade the authorities to compromise rather than wait for a court decision, because it may not be for the benefit of the oligarch at all.

At the same time, a strong “process owner”, that is, a clear person in charge of decision-making representing official Kyiv, has not yet emerged in the public space. NBU ex-chair Valeriia Hontarieva and ex-finance minister Oleksandr Danyliuk, who played important roles during the nationalization of the bank in 2016, are now out of process. In terms of the office, the key representative of the state-owner of the bank should be either Prime Minister Oleksii Honcharuk or Finance Minister Oksana Markarova. Both comment very little on the situation.

The National Bank, as a party to a lawsuit to declare nationalization illegal, has also been saying much less about PrivatBank recently. In view of the Valeriia Hontarieva’s burned house and the cases opened against other NBU officials (from Baryshivskyi Court against Rozhkova to the illegal enrichment of Smolii), the atmosphere in the building on Instytutska Street should be nervous. There have been no official comments on the case progress from the NBU lately, the latest cassation communication was in June. And Interfax  published information about the meeting of the commercial court on its page.

In an interview with the Financial Times, Oleksii Honcharuk let it slip (correcting himself afterwards) that the problem is being dealt with by President Volodymyr Zelenskyi and Andrii Bogdan, the Head of OPU, a former lawyer close to Kolomoiskyi. It is hard to say whether it really was a slip of the tongue. After all, the key role in the processes around PrivatBank is played by the courts – and traditionally, the presidential administration has the greatest influence on them.

Most interesting now is the position of the IMF and other foreign partners. They actively supported the nationalization of the bank in 2016 after it became clear that bank owners had lent to their own companies almost the entire amount of money of people and enterprises that were deposited in bank accounts (at least 137 billion UAH of “transformed” portfolio against 181 billion UAH of customer funds).
Now, the possibility of a court ruling on the illegality of this nationalization puts them in an ambiguous position. On the one hand, if the courts are truly independent, it is unacceptable to pressurize them to make the “right” decision in favor of the state, and even more so it is absolutely unacceptable for international organizations to demand it. On the other hand, the court’s decision in favor of former shareholders cannot be allowed to be corrupt, and the IMF, one of the nationalization ideologues, has turned a blind eye. This is a potential blow to Fund’s reputation.

If the answer to all three questions is yes, then we just have to wait for the cassation resolution (in the case of the commercial court – the decision of the last instance). Then everything will remain more or less the same: the state will not need to seek ways to execute the court decision; cooperation with the IMF will continue; the slow process of recovering money from the former shareholders of the bank will continue. We consider this the most fair and least traumatic option for the state of Ukraine.

If at least one question is answered “no” – then the story may be quite different, and there is no positive scenario here.

In case the court decides in favor of the former shareholders and declares nationalization to be illegal, the judge will either offer to return the bank to the former owners or pay them compensation. In either case, the state will have a problem. The return of the bank to Kolomoiskyi will mean the return of government bonds from the bank’s capital back to the state. This means that the country’s largest bank will again face insolvency risk, as bad loans to Kolomoiskyi’s companies from the court’s decision will not become good. The compensation decision will mean that tens of billions of hryvnias will have to be paid to the oligarch from budget sources. If, alternatively, compensation is paid through the claims on the overdue loans of Kolomoiskyi himself, it will not bring direct fiscal losses. But in all three cases, both the authorities, which have lost the case to the oligarch, and the IMF, which failed to defend the reform, will suffer a blow to the reputation, as will probably Ihor Kolomoisky himself, who received money from the budget by taking money from pensioners and orphans. Although, in general, he, being the owner of Ukrnafta, is used to playing games with the budget.

If the decision-maker on the state’s side is unsure of what decision the judge will make, he or she may try to reach a pre-trial compromise with the former owners of the bank in order to avoid negative reputational consequences. The format of such a compromise can vary from betrayal to victory. The compromise itself can be an unpleasant but pragmatic solution. But its design will make the answer to the first question in the paragraph about the assumption clear – whether the decision-maker is really independent of the famous oligarch.
Mariia Repko for LIGA.Finance