Reanimation package of reforms > News > How Do We Maintain Macroeconomic Stability and Accelerate the Economy? 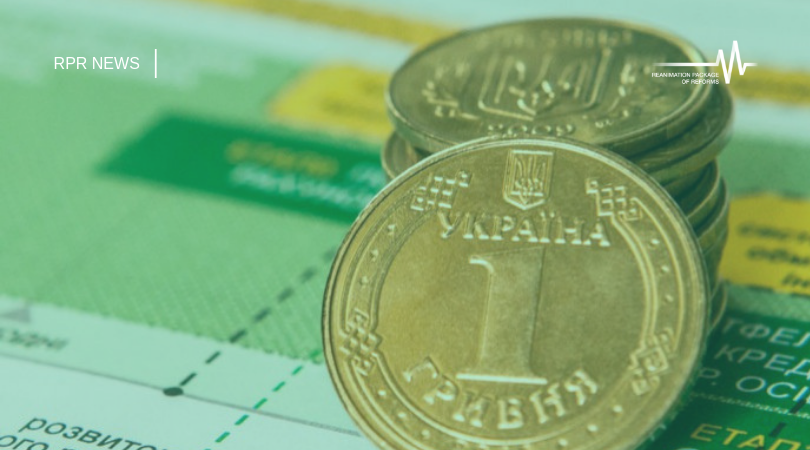 How Do We Maintain Macroeconomic Stability and Accelerate the Economy?

The main achievement of economic reforms after the Revolution of Dignity was the establishment of macroeconomic stability. It provided for the recovery of real GDP growth at a rate of 2.5-3.5% per annum and a significant increase in real incomes of citizens.

At the same time, such growth is not sufficient to maintain the stability of the Ukrainian economy and society after two powerful economic crises of 2008-09 and 2014-15. The pressure on Ukraine exerted by Russia and the demand for Ukrainian labor in the richer European countries with the lack of prospect of EU membership threaten the stagnation of the Ukrainian economy and the loss of the most active part of society.

Therefore, accelerating the growth of the economy and ensuring its sustainability are the main tasks for the new coalition in the Verkhovna Rada and the new government, which will be formed after the early parliamentary election to be held on July 21, 2019.

Today, the Centre for Economic Strategy with the participation of party representatives presented our vision of the economic policy agenda for the new parliamentary coalition and government. We believe that a rapid and sustained growth of the Ukrainian economy can only be achieved through simultaneous work in three areas:

Macroeconomic stability is a necessary basis both for growth and for resilience to threats. The state where financial crises take place one after another can neither catch up with the level of development of its neighbors, nor resist external enemies, nor withstand economic storms, or ensure the welfare of citizens. Fiscal sustainability, price stability and sustainability of the financial sector must be the priorities on the agenda of new political leaders. This will create a safe foundation for macroeconomic stimulus for economic growth. The country’s credit rating is the best indicator of macrostability. Now, Ukraine’s rating according to Fitch is at В- level. An increase of this rating to BB- level by the rating agencies would be a serious indication that Ukraine will become more resistant to external shocks and economic disasters over the next 5 years. And BB+ would be a very good result (one step up to the so-called “investment” level when countries move from a class of high-risk “garbage” issuers to a class of countries with moderate credit risk).

Increasing labor productivity is the main way to achieve intensive economic growth accessible under the conditions of limited human resources. At present, the productivity of Ukrainian labor is lower than that in the neighboring EU member states (Ukraine – 8 thousand USD US per worker, Poland – 38 thousand USD). In our opinion, in order to increase productivity in Ukraine, first of all, we need investments that will attract new technologies. An appropriate state policy on business is needed for comfortable investment conditions. Effective infrastructure is necessary for high-performance business operations. Ukraine’s integration into the world economy will also create incentives for productivity growth, since productivity determines the competitiveness of Ukrainian goods and services in foreign markets. Since the state is a less efficient owner than a private owner, privatization and asset denationalization will increase the performance of companies.

Human capital is the main resource which depends on the quantity and quality of economic growth and the welfare of the inhabitants of the country. High premature mortality, short working life, non-conformity of education and skills to the requirements of the modern world inhibit the growth of Ukrainians’ well-being. According to the human capital development indicators, Ukraine ranks 50th out of 157 countries of the world. A good indication that Ukraine is moving in the right direction will be an increase in the integral indicator of human capital development, when Ukraine will be one of the top thirty countries in terms of this indicator. At the same time, it is necessary to respond to threatening demographic trends. As early as in 2020, the most economically active part of the working-age population will begin to shrink. If the levels of economic activity and birth rate remain unchanged, the labor force in Ukraine will decrease by 15% by 2035. Decrease in the number of workers who create added value and decrease in their performance with age will slow down economic growth unless prevented. The response to these challenges should be an active state policy in the labor market – stimulating the elderly’s economic activity (educational programs, retraining) and internal labor mobility, as well as a friendly migration policy – facilitating procedures for temporary residence and employment in Ukraine and the acquisition of citizenship.

We understand that in order to succeed in these three areas, the economy should rely on the rule of law that will ensure the protection of property rights and the performance of contracts, reducing investment risks. We also need to take full advantage of the opportunities offered by Ukraine’s integration into the European Union.

In the above areas, we identify 10 key initiatives for a new coalition and government that will contribute to sustainable economic growth:

Hlib Vyshlinskyi for the UP.