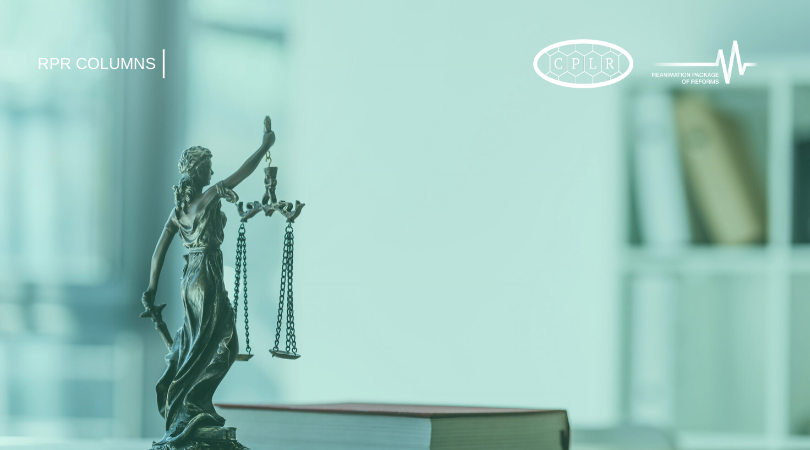 How COVID-19 Forces Courts to Operate Creatively Under New Circumstances

The rapid spread of coronavirus disease (COVID-19) has forced quick judicial reforms around the world to ensure access to justice in new circumstances. The countries with common law system appeared the most flexible. They were able to respond promptly to changing challenges, without having to wait for legislative amendments. Whereas the governments and parliaments in most of the civil law countries are still thinking about how to ensure safe and uninterrupted operation of the courts.

The switch to remote hearing of cases that should have been considered in court sessions has been a key change. In many countries, courts have launched tele- or video-conference hearings, where parties and their attorneys can stay far away from court, such as at their home or office. Generally, this requires no special (judicial) software and only publicly accessible software and tools (e.g., BT conference call, Skype for Business, court video link, BT MeetMe, Zoom, Facetime, regular telephone device in Great Britain, Skype for Business in New York, USA, Vidyo in India etc.). At present, this is often considered the main form of hearings by default, while exceptions need to be spelled out.

Starting from March 12 through present, the vast majority of states in the United States introduced remote hearings (some of courts as mandatory procedure, while most of them – as a recommended one).

The purpose of these changes is to minimize the risk of COVID-19 transmission, on the one hand, and to ensure consideration of as many cases as possible, including by switching to remote hearings via tele- or video-conference. At the same time, the authorities in Great Britain are honestly warning that quick introduction of remote hearings will inevitably cause “teething troubles”, and therefore urge everyone to be sympathetic to the possible technological difficulties. At first, the judiciary issued guidance on the use of remote hearings. The first remote hearing was conducted in the Court of Protection on March 19. A 70-year-old patient was undergoing treatment after suffering a stroke few years ago. His daughter and doctor had a dispute over his treatment methods, and asked the court to determine the course to take. The judge, lawyers, 11 witnesses, three experts, and two journalists joined the hearing online through Skype for Business. This experience received favorable feedback and was multiplied to other cases.

On March 25, the Coronavirus Act 2020 came into force in the United Kingdom that, as a statutory law, regulated, among other issues, the use of remote proceedings, including in criminal cases, through live audio or video links.

In China, the Internet courts continued to operate during the epidemic. There are three such courts in China. The caseload in Beijing’s Internet Court, which has been operating since 2018, has remained the same as before the outbreak of the epidemic.

Court visitors are required to maintain a distance between people both before entering the court and inside the court building (for example, at least 2 meters in the UK, 1,5 meters in Australia.

Persons with COVID-19, those showing signs of acute respiratory infection, fever, and who recently traveled abroad or were contact with someone diagnosed with or suspected of having coronavirus, are urged not to visit the courts. If such persons are parties in the case, they are asked to immediately inform the courts, which will result in postponement of hearing.

To avoid the risk of infection, physical presence of case participants (prosecutors, attorneys, victims) has been limited in certain high-profile cases attended by large numbers of people. However, this was done while respecting the rights of those participants – ensuring online broadcasting, as in the MH17 case being heard in the Netherlands, or offering to select a representative among victims, such as in the Tarrant terrorism case being heard in New Zealand. The judge hearing the Tarrant case who was forced to restrict the presence of victims, had assured everyone that he would like to sentence the defendant after the court returns to its normal operations and all the victims can attend court in person.

In some countries, the number of court buildings conducting essential face-to-face hearings has been reduced (for example, in England and Wales, it was reduced approximately by half). At the same time, the Criminal Bar Association, which represents around 17,000 barristers in England and Wales, stated that it will support members who choose not to attend court to avoid “unacceptable risk” until the courts are able to guarantee social distancing and hygiene.

In many countries, courts have suspended hearings in most of the routine cases, focusing on urgent cases only. Most frequently, these are cases involving the selection of precautionary measures for suspects, criminal cases where the defendant is in custody, domestic violence cases, urgent cases concerning children, and challenging quarantine-related restrictive measures. In many cases, visitors’ access to the court buildings has also been restricted or denied at all. Such measures have been taken by many countries aroundthe world, including Germany, Italy, Spain, Canada, Argentina, Brazil, Mexico, Hong Kong, South Africa, and others.

For example, on March 15, the Minister of Justice of France stated that only “essential” litigation will proceed. On March 26, the MOJ published a decree extending certain deadlines. Essential litigation includes hearings involving persons in custody, urgent cases involving children that are handled by judges, and procedures relating to the eviction of a partner who committed domestic violence. In administrative cases, the extensive use of telecommunications for conducting remote hearings has been proposed.

Since March 13, courts in Ireland have adjourned all cases, except urgent. Ongoing jury trials continued, but new cases were not assigned to the jury.

A similar approach was also applied in the State of New York (USA), where the highest number of COVID-19 diseases has been recorded. Courts remain open, but focus on essential cases to reduce traffic inside the courthouses. From March 22, the courts no longer accept any new documents in paper or electronic form in cases that are not vital. From March 25, video-conferences are being used for indictment in court. The following day, the NYC Family Court started remote hearings via video-conferences, focused only on essential/emergency cases. Similar measures are also taken by courts in other states, as well as at the federal level.

On March 12, the Supreme Court of the United States also closed its doors for visitors, and oral hearings scheduled for March were adjourned. Some of court buildings in the US are completely closed for quarantine after visitors or staff tested positive for COVID-19.

Since March 16, the courts in India suspended review of ongoing cases and were restricted to only urgent matters. In this regard, courts have stated that they will extend statutes of limitations for applying to courts and appealing court decisions for the duration of suspension of courts’ activity. The Supreme Court is conducting hearings on urgent matters through video-conferencing. The court premises entry cards of attorneys practicing before the Supreme Court have been cancelled. In case of failure of the video-conference process due to technical reasons, the attorney may receive a special permission from the Head of the Bar Association to come into the conference rooms of the Supreme Court to participate in a video-conference with judges for next scheduled session. Media representatives are also allowed in there, but no more than three at a time. At the same time, on March 26, a petition was submitted to the Supreme Court claiming that closure of the courts affects the right of access to justice. Therefore, this requires the declaration of the state of emergency as per the Constitution, rather than by an order under Disaster Management Act of 2005.

Communication and Concerns over Preserving Publicity of Hearings

Presidents of Supreme and other courts are personally attempting to inform the public about operational decisions and evolving changes caused by coronavirus disease through web-sites and media on regular basis. British Lord Chief Justice (Lord Burnett) and Her Majesty’s Courts and Tribunals Service demonstrate the best communication so far. The judiciary portal provides daily summaries on the court’s operational features, published guidance and records, and messages from Chief Justice Lord Burnett. The latter always contain explanations of logic behind the innovations, however painful they may be. At present, courts deal only with urgent cases, but the Courts Service is working to increase the capacity to hear additional cases.

Countries are also concerned about ensuring that remote hearings are accessible for the public, or at least for media representatives, and providing technical recording. Here are some ways on achieving this (based on the British protocol in civil proceeding): transmitting audio or video recording of the hearing to an open court room; allowing accredited journalists to log in to the remote hearing; and/or live streaming of the hearing over the Internet, where broadcasting of hearings is allowed by law. As stated in the protocol, “[t]he principles of open justice remain paramount”.

To reduce the risk of disease spreading inside the prisons, some countris are considering early release of certain categories of prisoners. For example, in India on March 23, the Supreme Court, under the pretext of ensuring social distancing, directed to release on parole prisoners charged with offences carrying jail terms of up to seven years 4-6 weeks earlier before the end of their prison sentences. Prisons in India are overcrowded by 118% on average, and by as much as 1.5-2 times in some states. France goes a similar way: on March 25, the Minister of Justice issues an order on early release of several thousand convicted persons serving the final stages of their sentences.

Coronavirus affects not only health, but entire social systems. Government is no exception. Judicial systems around the world, despite being traditionally conservative, are becoming flexible while also fighting the spread of the disease. Increasing social distancing and limiting physical access to courts, considering only urgent court cases, and indefinitely postponing all other cases are some of the common forced steps taken by many countries around the world.

At the same time, the spread of COVID-19 has prompted the introduction of long-awaited remote court hearings. While numerous reasons have been found over the decade as to why this should not be done – being it lack of technical readiness and mental reluctance, problems with identifying persons, etc. – these obstacles have apparently become not so serious after all, in the face of global threats to public health. It is important that judiciaries in democratic countries are showing openness to these changes, along with proper care about ensuring trial publicity, even if conducted remotely. Thanks to these changes, e-justice is rapidly becoming part and parcel in the practice of many countries.